In this post, learn how to update and repair a framed mirror when its backing needs to be replaced.

Hello, everyone.  When we added an assortment of thrift store mirrors to our stairway wall (see that post here,) most of them were in good condition.  However, one of them, which I ended up not using anyway, needed to have the backing on the frame replaced.  It was made of cardboard and had basically disintegrated over the years.  Fixing it was a simple procedure that involved a few items I already had on hand.  Let me show you how to update a framed mirror. 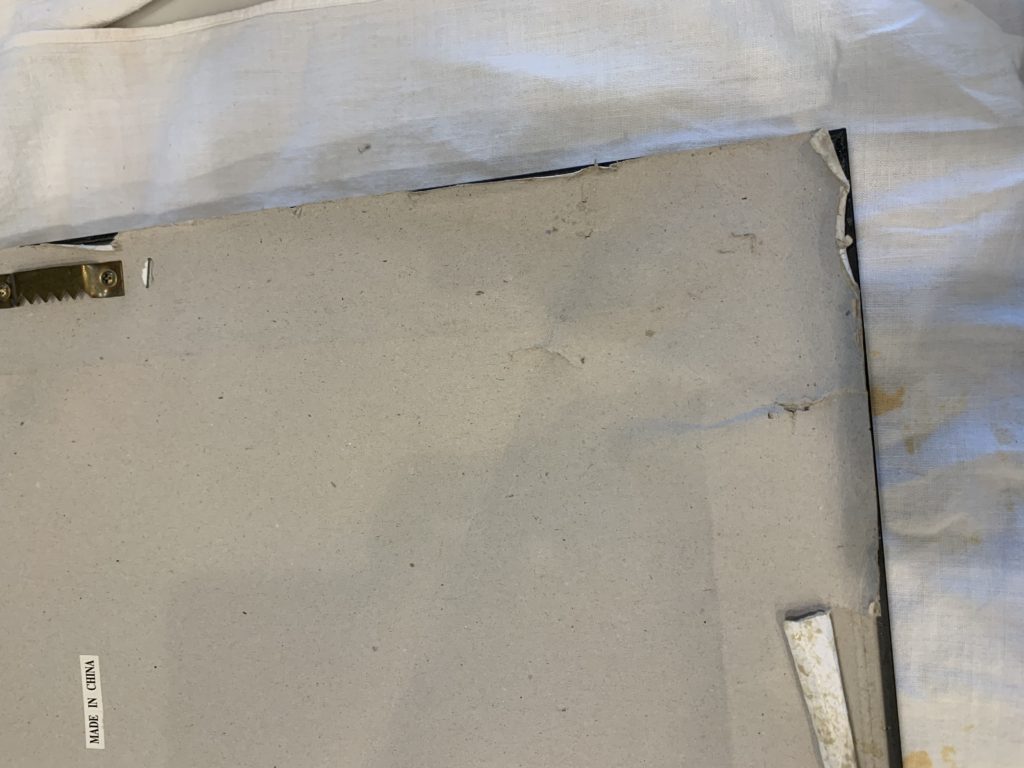 The first thing I did was remove the existing cardboard backing.  I simply removed the staples, and the cardboard came right off.

Then I decided that I would use a piece of cute wrapping paper to update the mirror’s backing.  I originally used that particular wrapping paper on this project and had some left over.

Trace the outline, and cut it out. 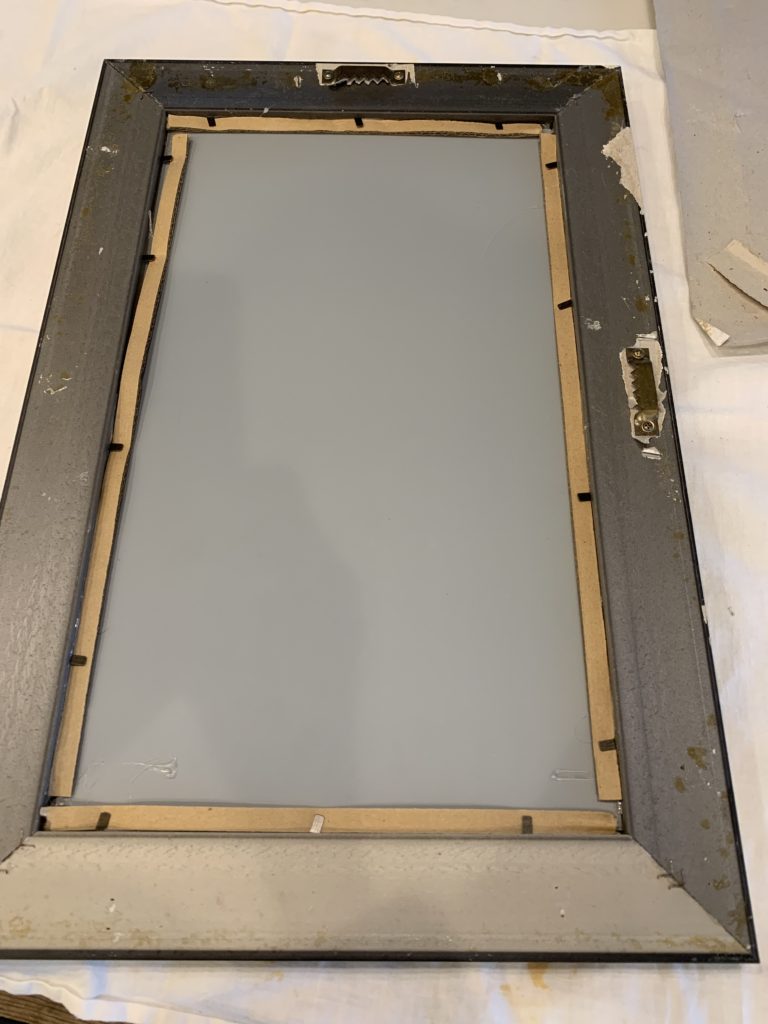 To get the right size, I simply traced the outline of the frame onto the paper, and cut it out. 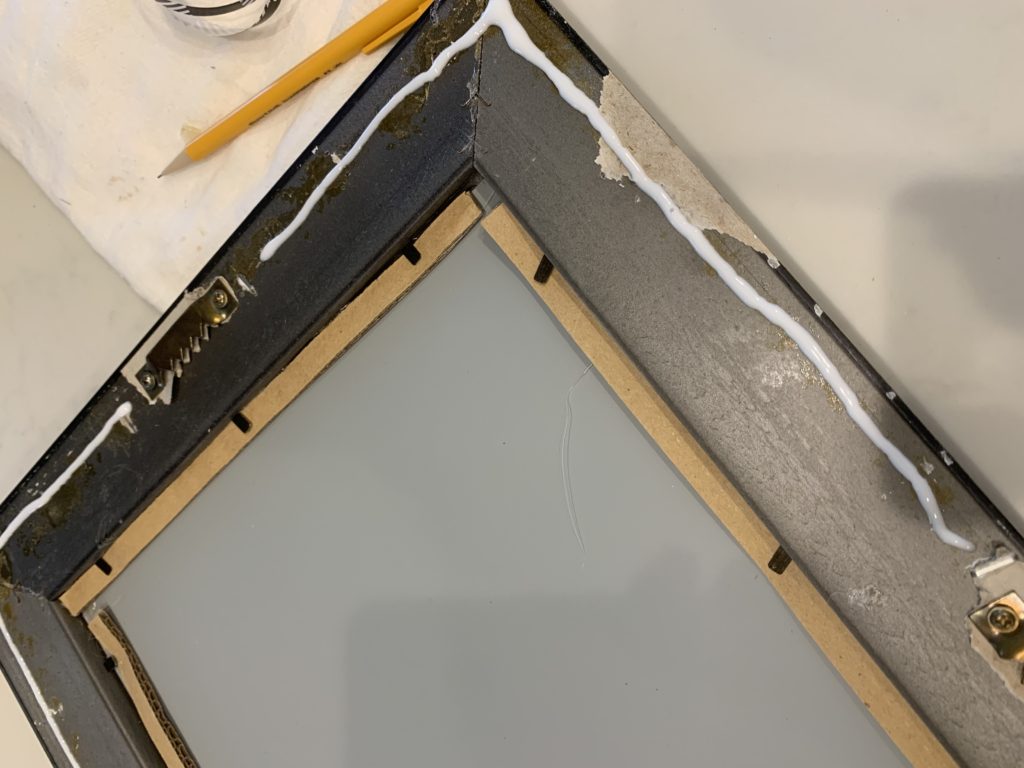 I then used some Elmer’s glue and squeezed it onto the border of the frame.  Then I gently laid the paper on it and pressed down.  I was able to work around the hanger which I did not want to remove. 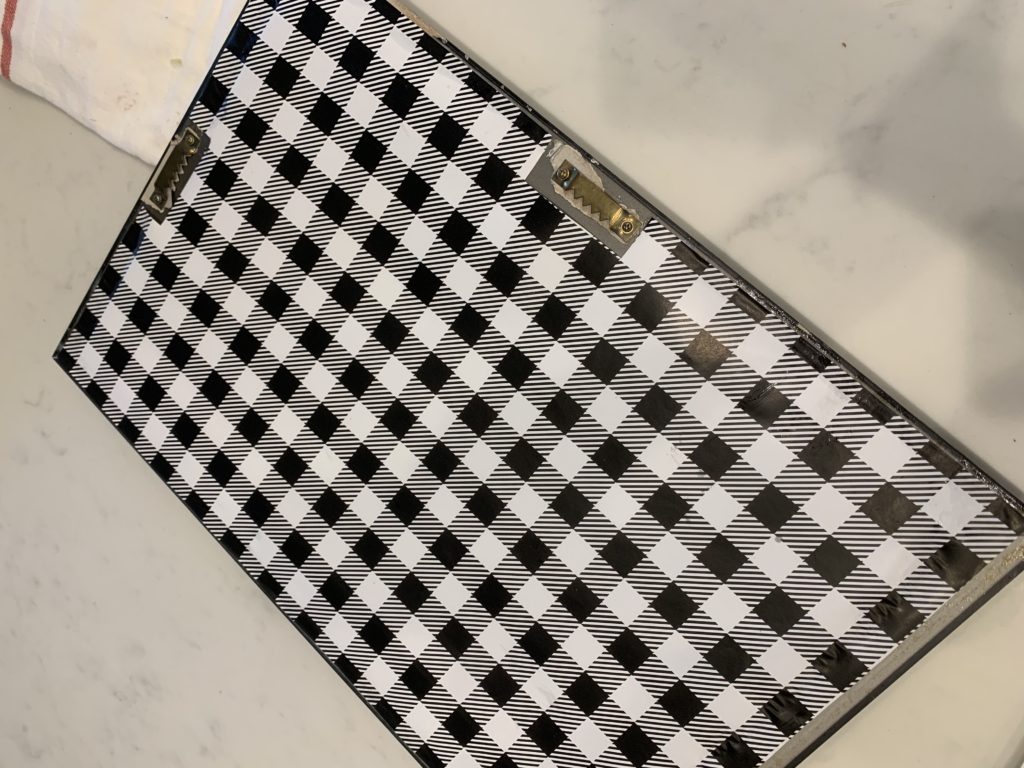 That’s all there was to it to give the mirror a new repurposed look.  The reason this mirror did not make it on the wall is because we just didn’t have the right spot for it.  So, it is now living its life in my closet, and I use it every day.

Writing a post like this kind of takes me back to the early days of blogging when we did simple DIY projects.  So many bloggers and their posts have gotten quite sophisticated so it feels nice to get back to our blogging roots. We hope this project inspires you to update a framed mirror.