It’s always nice to get home after a long trip and settle back in.  We left home two weeks ago and returned last night.  In the middle of shopping, laundry, and cleaning, I decided to check an item off of my to-do list.  I made a simple little terrarium. 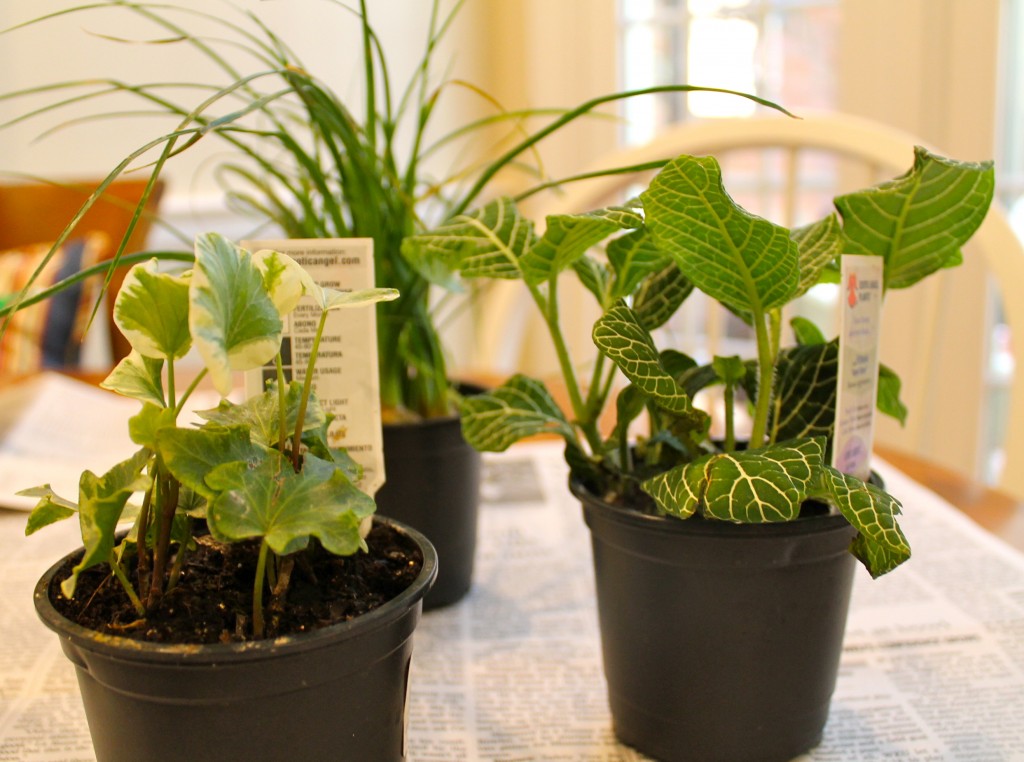 I made a quick trip to Lowe’s and bought three plants, some potting soil, and some gravel. 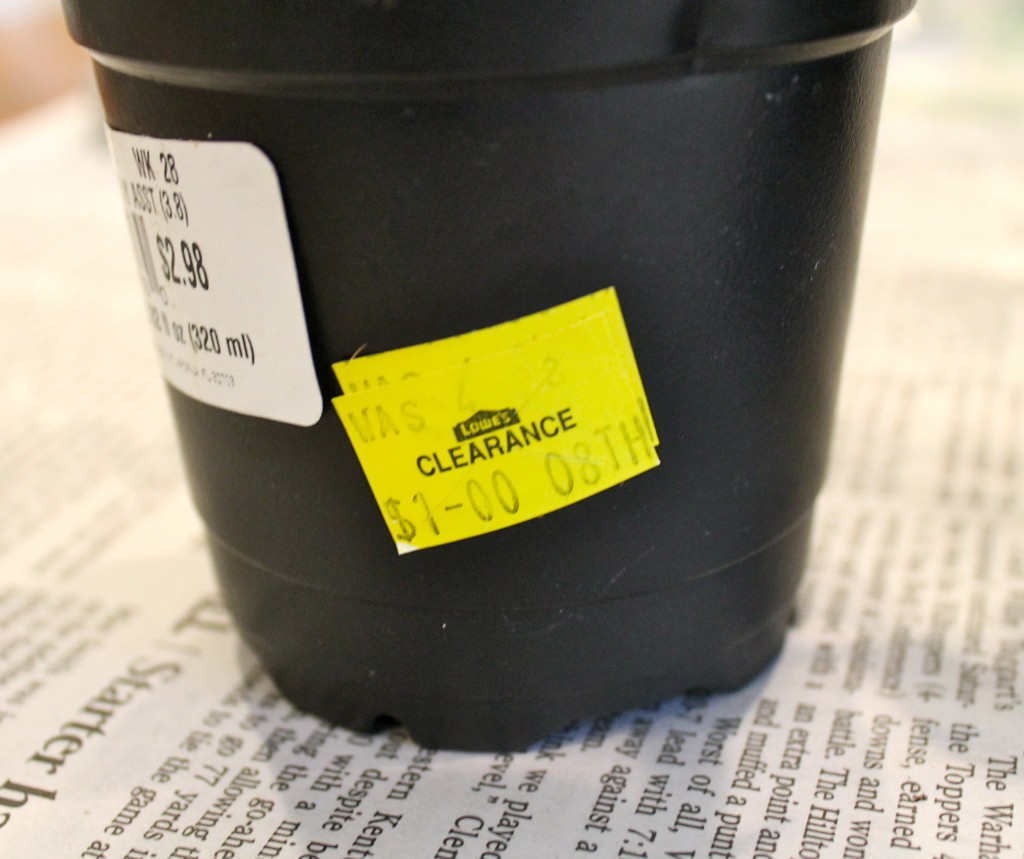 The plants were on sale for only $1.00 each.  I think they are making room for their Christmas inventory. 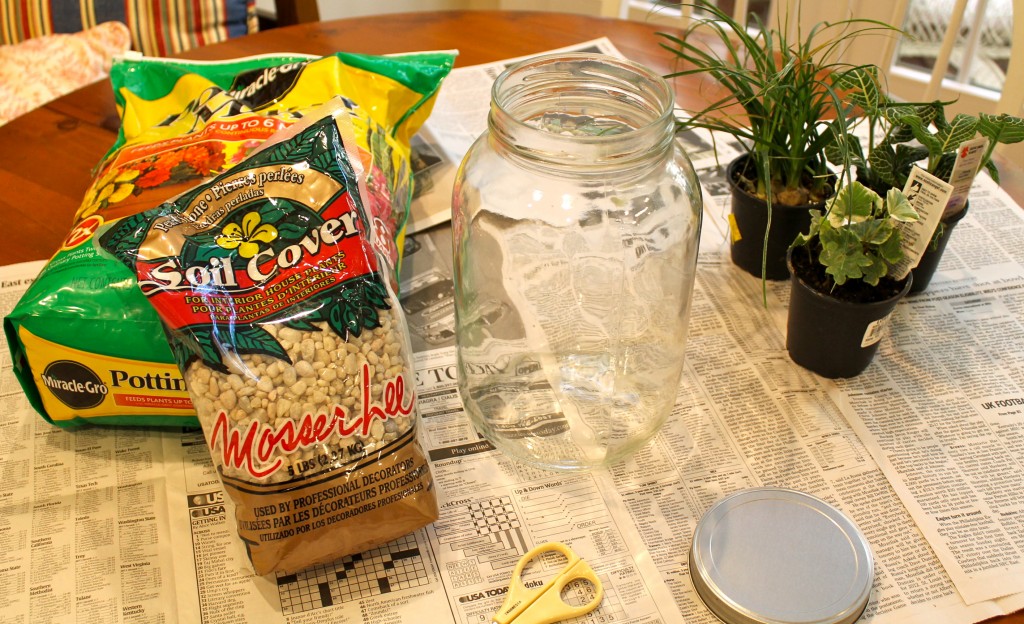 I spread everything out on the kitchen table.  I used a large, lidded jar that my mother gave me.  It will have to work since I don’t have a decorative container on hand. 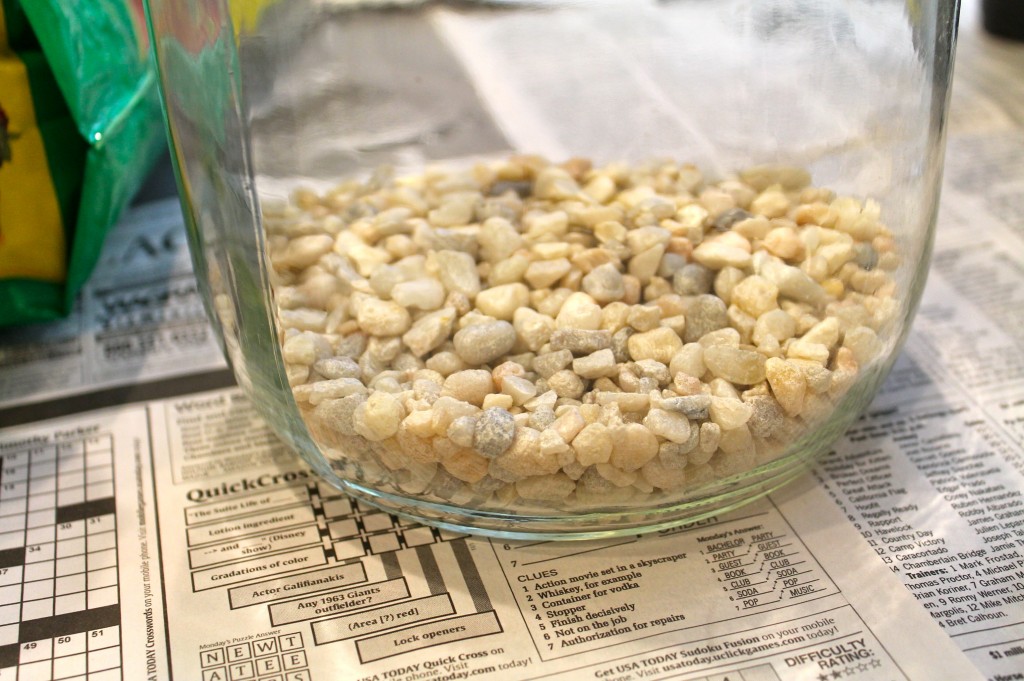 I followed the same technique Martha Stewart used on one of her shows.  The gravel went in first. 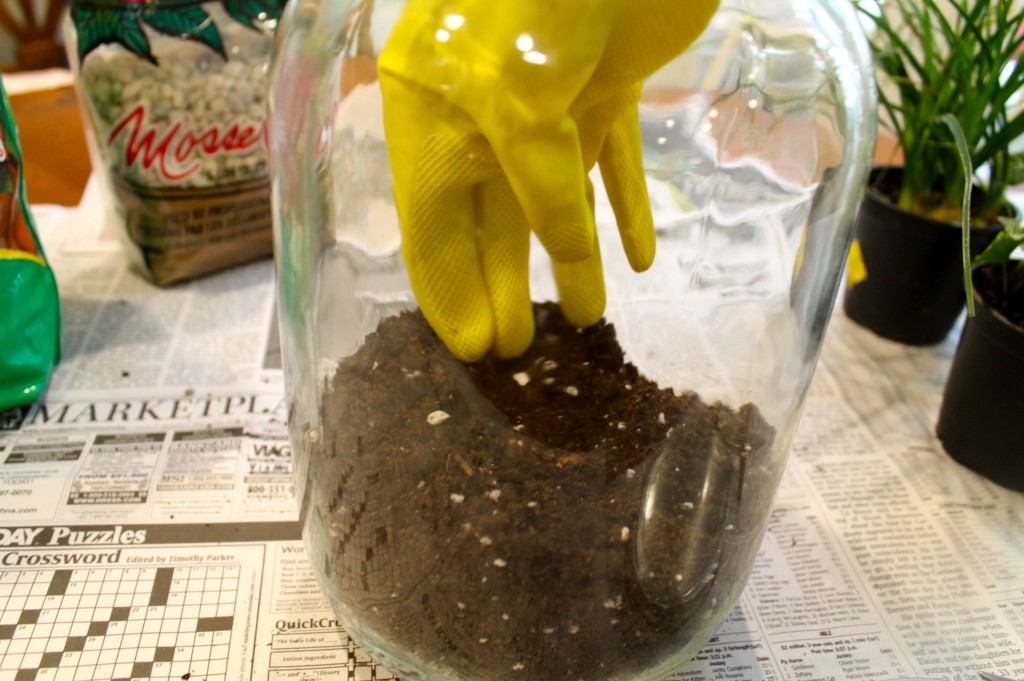 Next was the soil.  I made sure it was evenly spread. 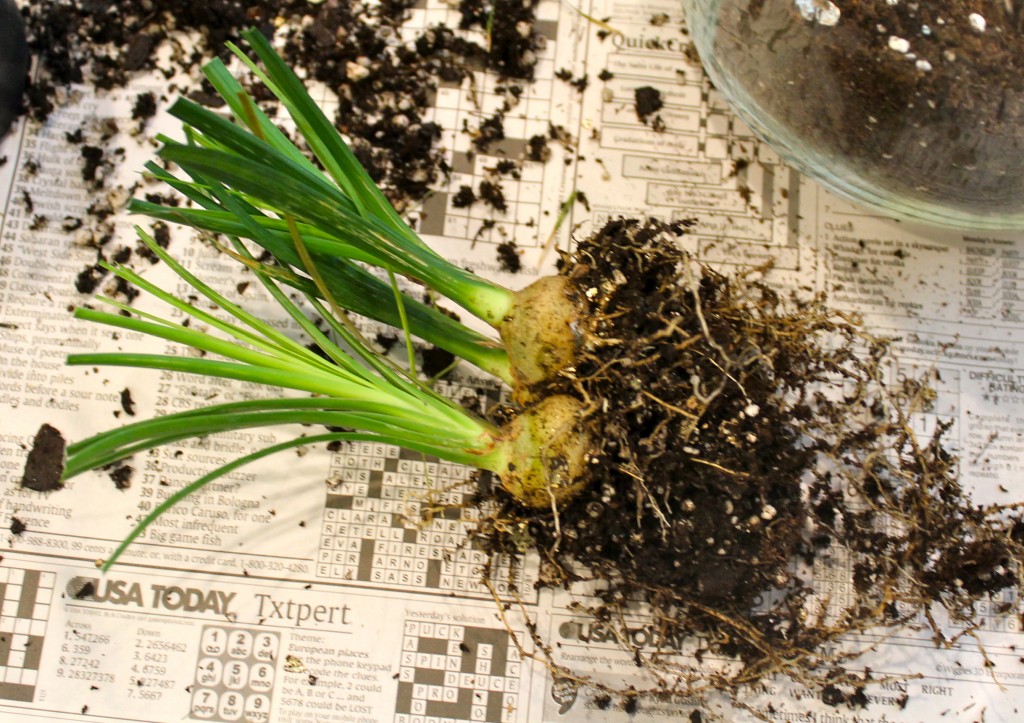 The first plant I used had six little bulbs so I divided it and gave it a hair cut. 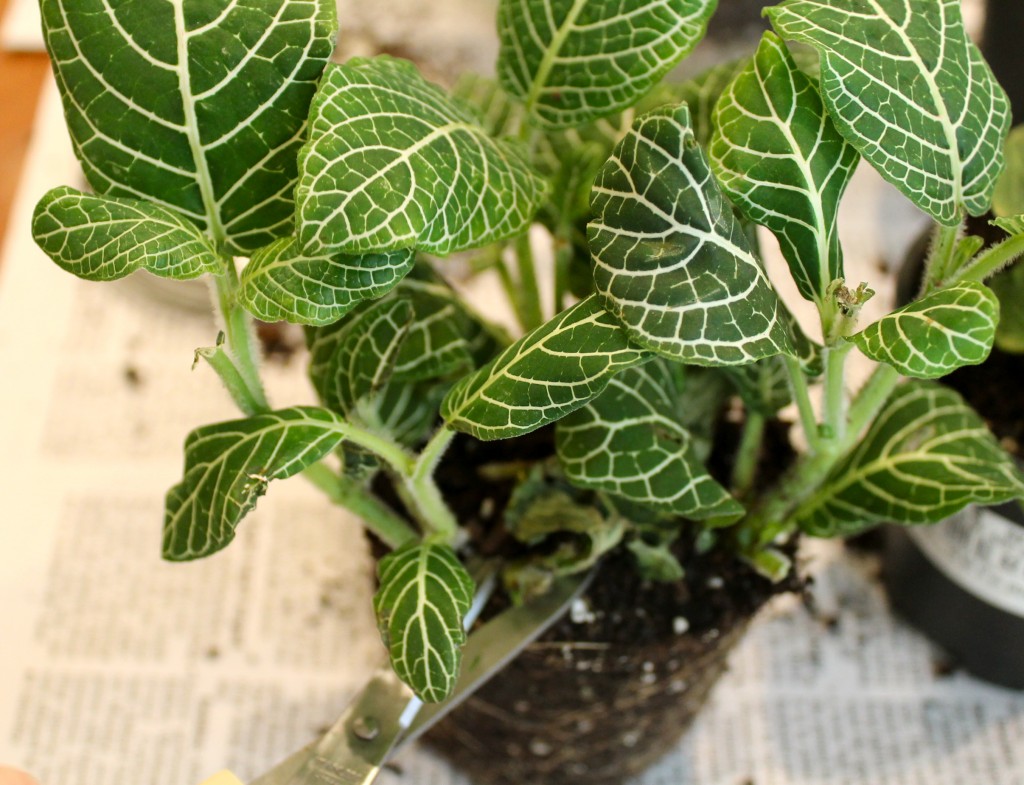 The second plant had some dead leaves which I trimmed away. 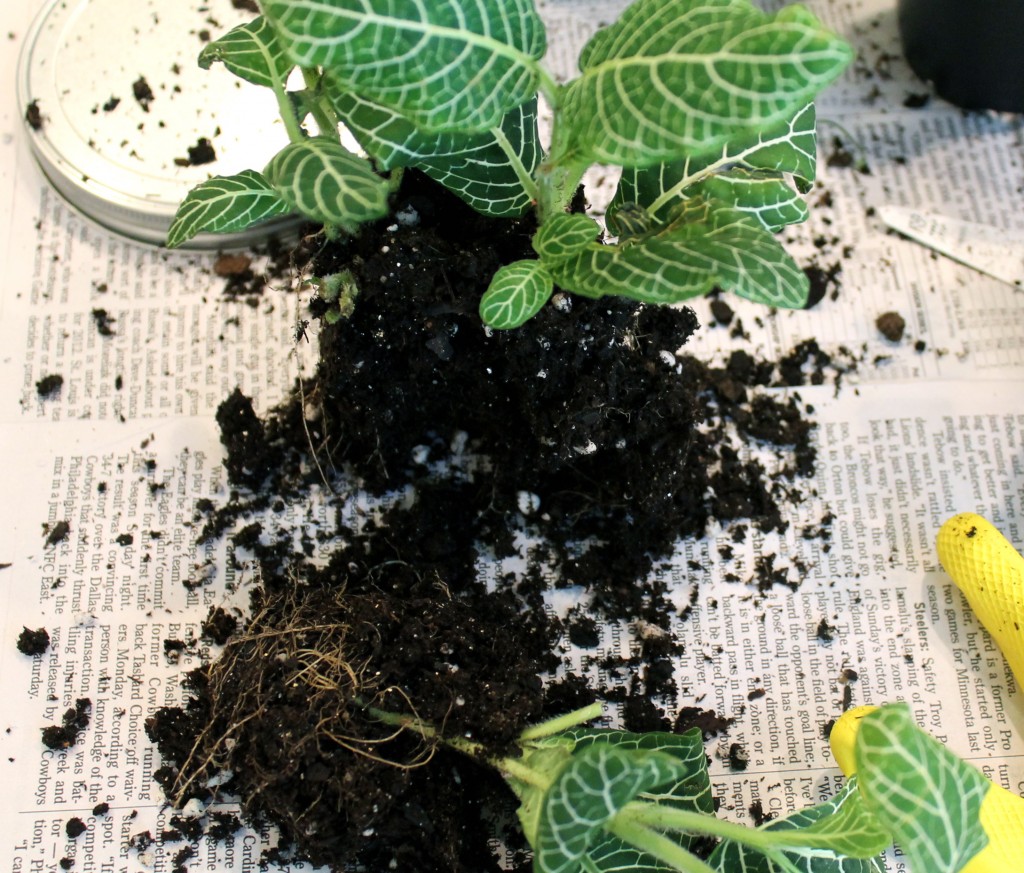 Then I divided it, too.  Of course Martha knew the scientific names of all of the plants she used.  I don’t even know the common names. 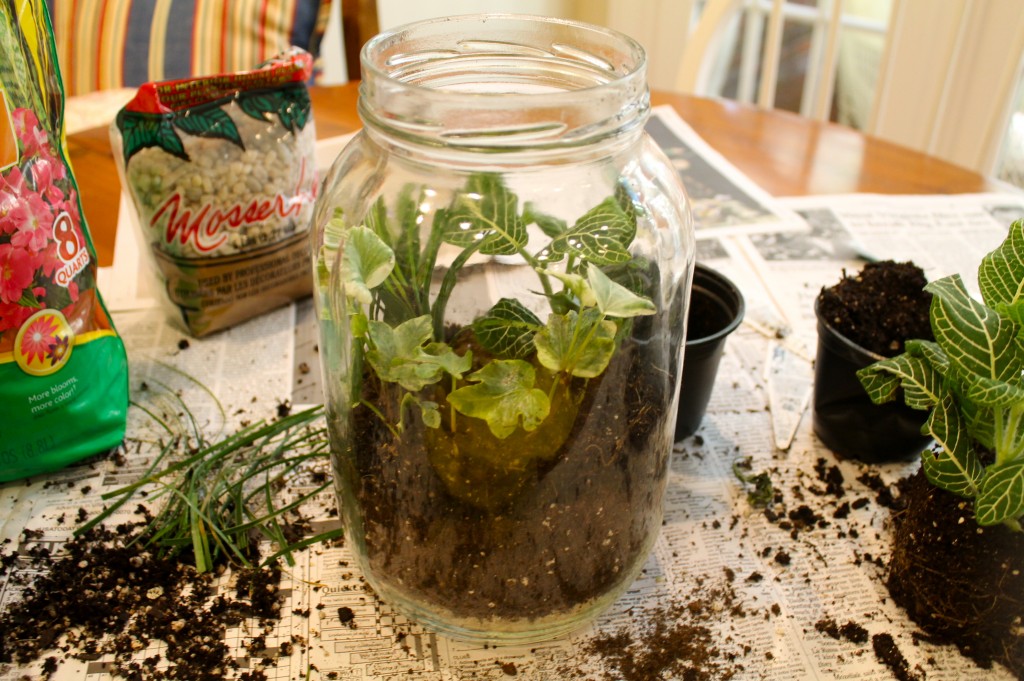 I do know the third plant is in the ivy family.  After they were all in, I smoothed out the soil and misted them with water.  I screwed the lid on tightly.  That is the secret to keeping the plants moist. 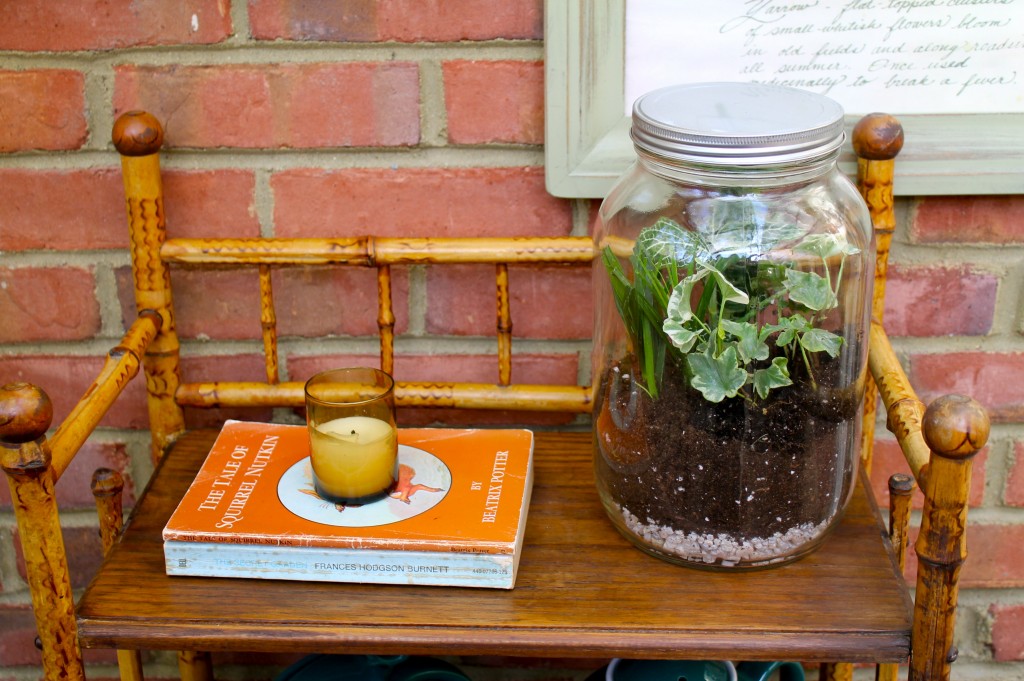 I placed it on my refinished bamboo plant stand (here) in the sunroom (here) and (here). 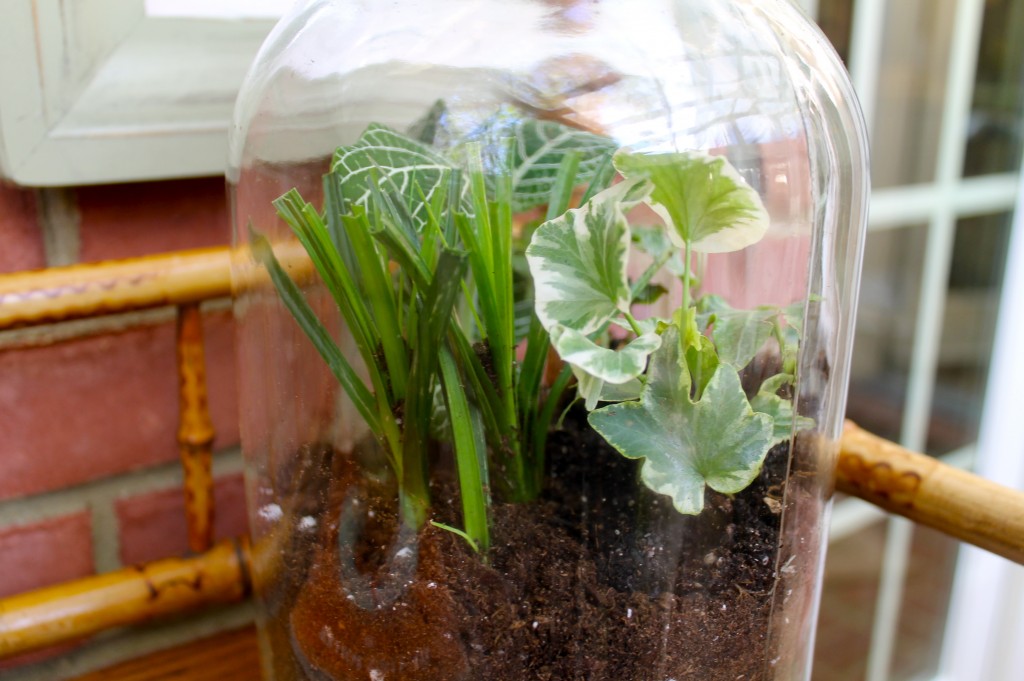 Maybe someday I can get a beautiful Victorian terrarium like the one Martha used. 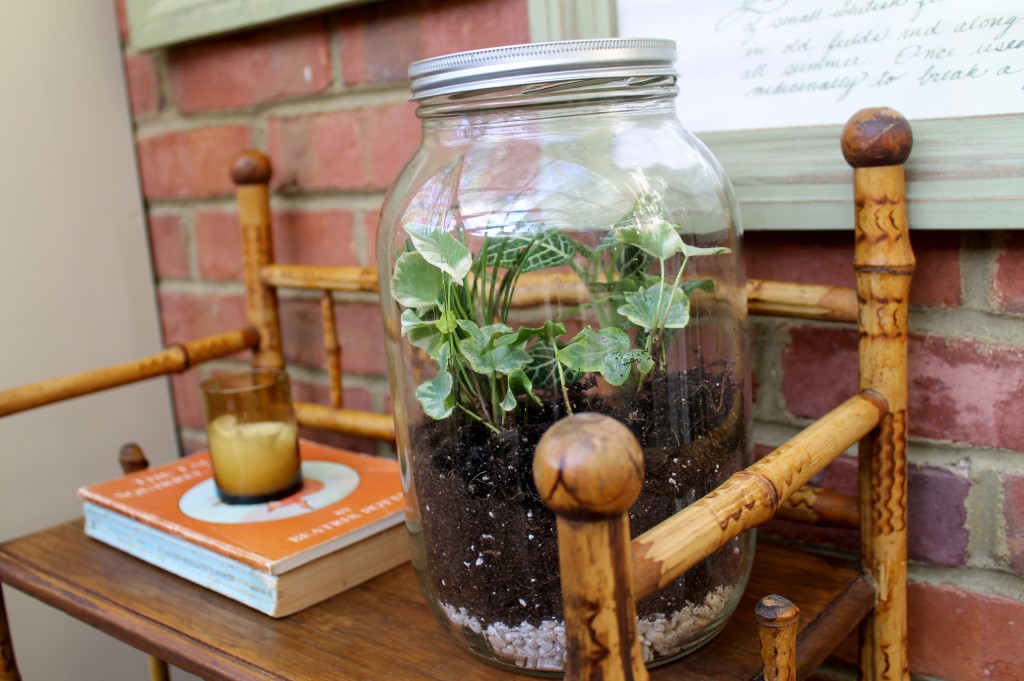 But for now my mother’s empty pickle jar will have to do.

Have you ever made a terrarium?

Keeping It Real With A Failed Mission

How to Get Free House Plants

Another Look for the Nesting Tables