After we moved to our Syracuse neighborhood, the neighbors told us about a project in which members of the Cornell Historic Preservation Planning Program did a cultural survey of our neighborhood.  The members put together an 80-page booklet for the residents telling them what the study learned about the neighborhood and its different styles of homes.  They even included copies of the original ads that were published when the plots were being sold.   The area was marketed as an easy commute.

He wanted to make a great first impression with the entrance into the neighborhood and designed a cobblestone and pedestrian friendly entrance in 1916. 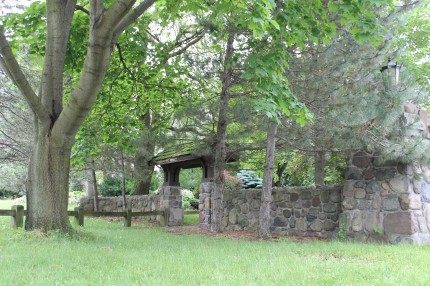 This is the pedestrian friendly entrance to the neighborhood.

The neighborhood became famous throughout the city because it had Syracuse’s first electric house with exterior electric lights and built-in appliances. It was the talk of the town, and the mayor even visited the house.

The house designs are quite eclectic.  Come along and take a peek at a few of them. 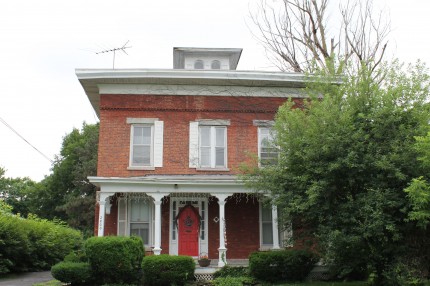 This style is early Italianate and is the only remaining building from the original farm. The time frame is from 1840 to 1885.

Italiante is a square plan with simple details, and it is borrowed from the rural architecture in the northern party of Italy.  These homes have decorative crowns. 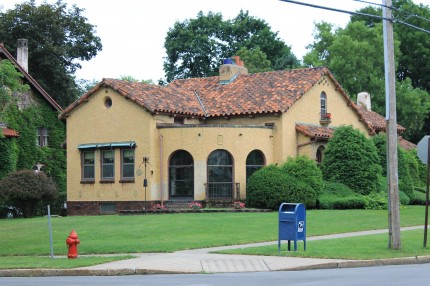 These styles have low pitched roofs which are most likely tile.  There is often at least one prominent arch above a door or window.  These homes also have some sort of balcony and decorative iron sconces and are frequently stucco. 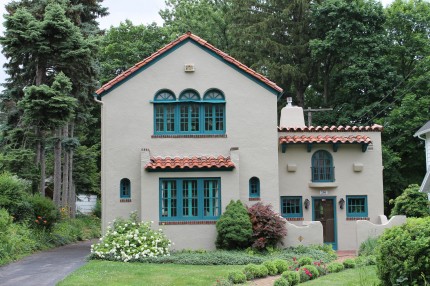 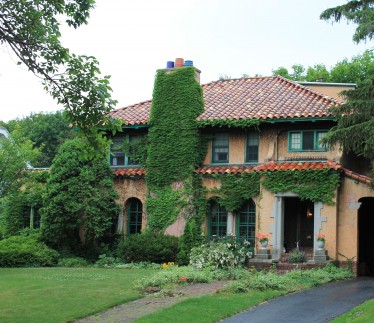 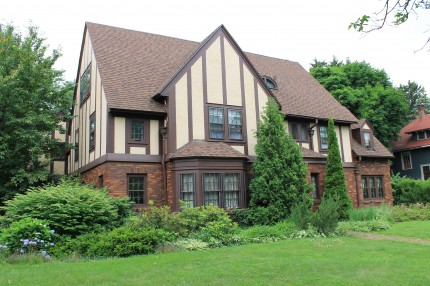 This is an example of a Tudor Revival.

These houses emphasize highly pitched gabled roofs and elaborate chimneys.  Many of the Tudor Revivals have decorative half-timbering as well as tall, narrow windows with multipane glazing. 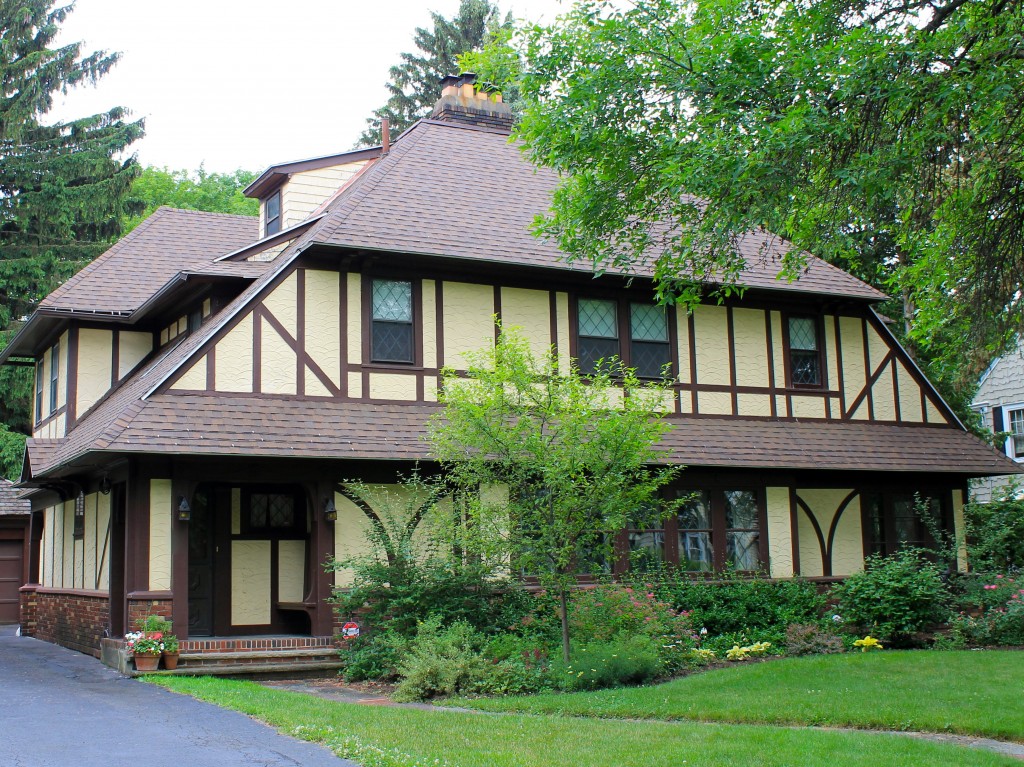 This home also shows the half-timbering and paned windows. 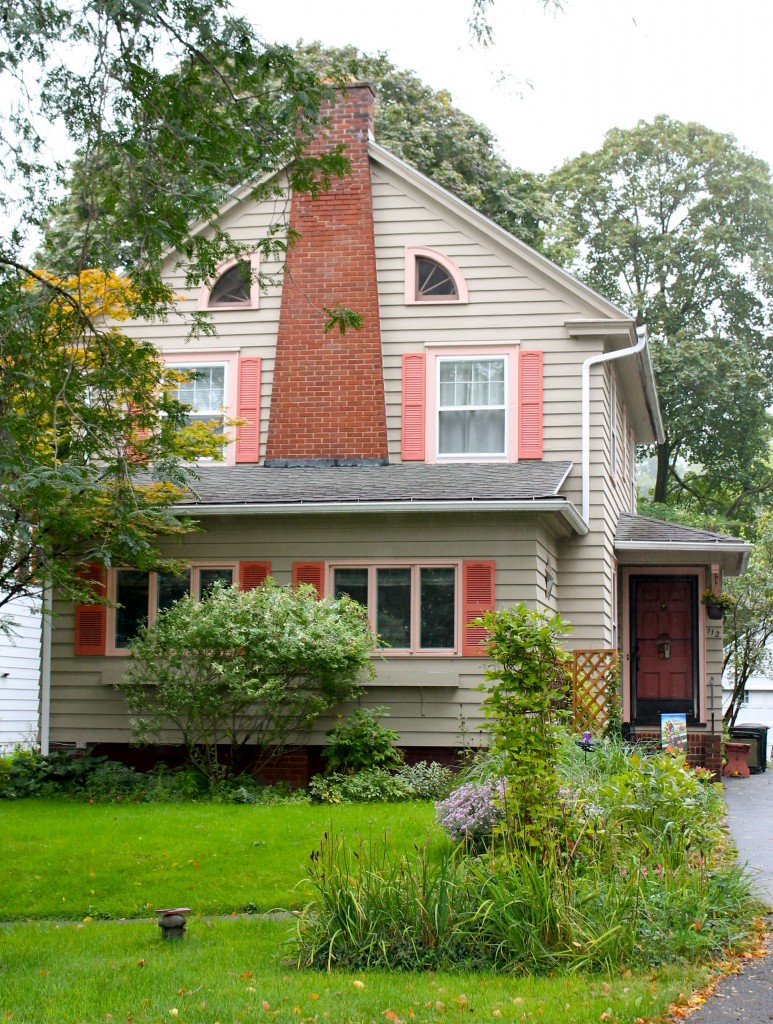 This is an example of Colonial Revival.

Houses built in the Colonial Revival style have the simplicity and refinement of Georgian and Federal styles while incorporating details that are more modern. 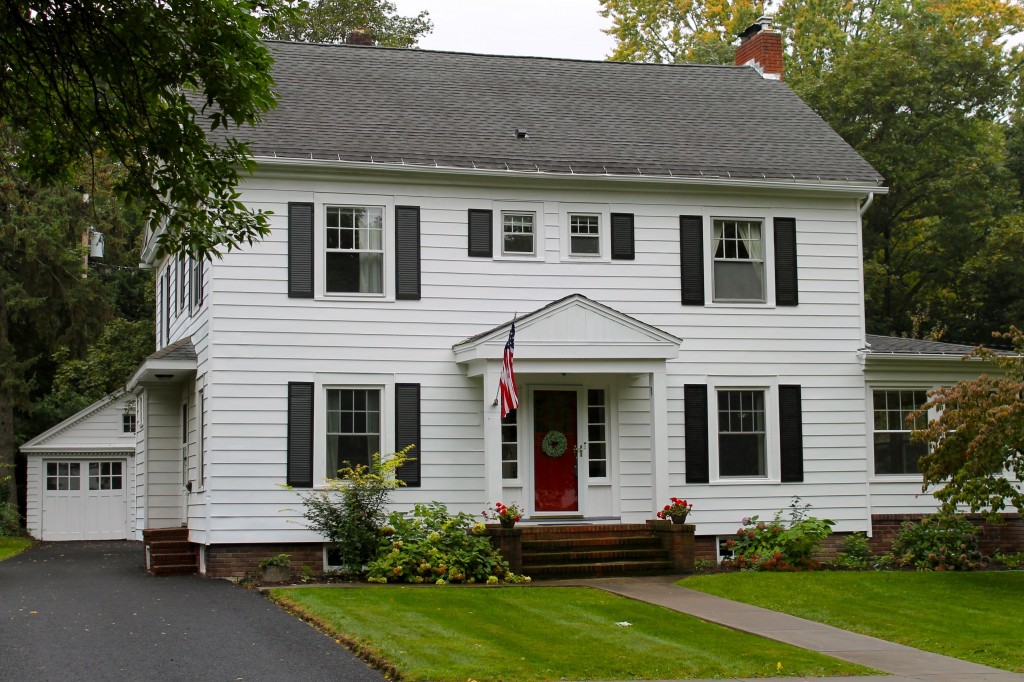 These houses are generally rectangular with a high gable or hipped roof.  Common character defining features include an accentuated front door, supported by columns, windows with double- hung sashes. 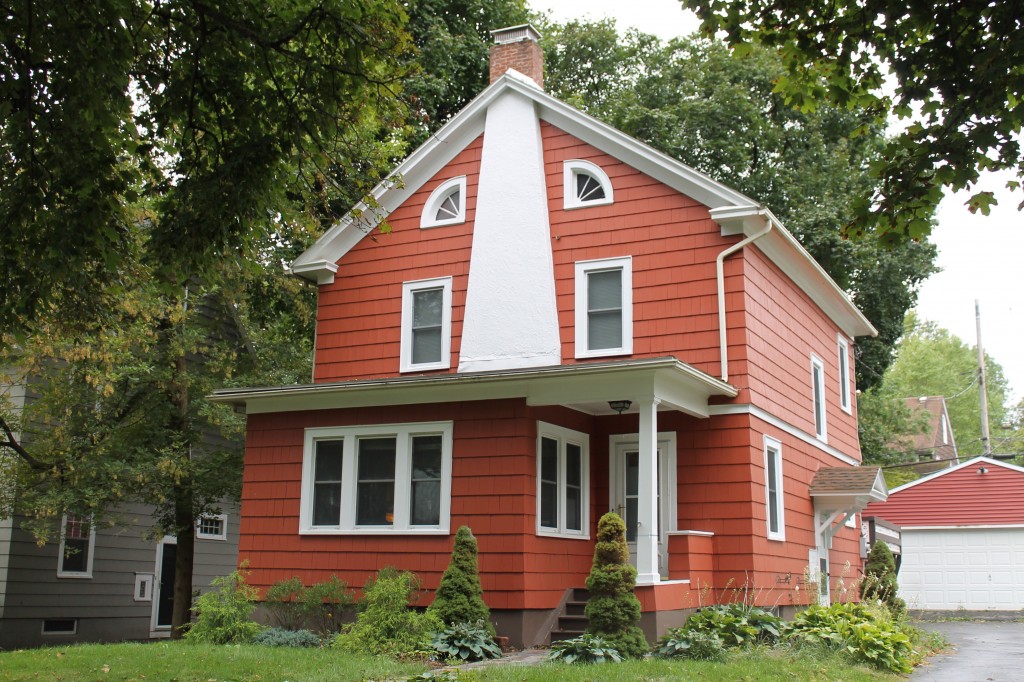 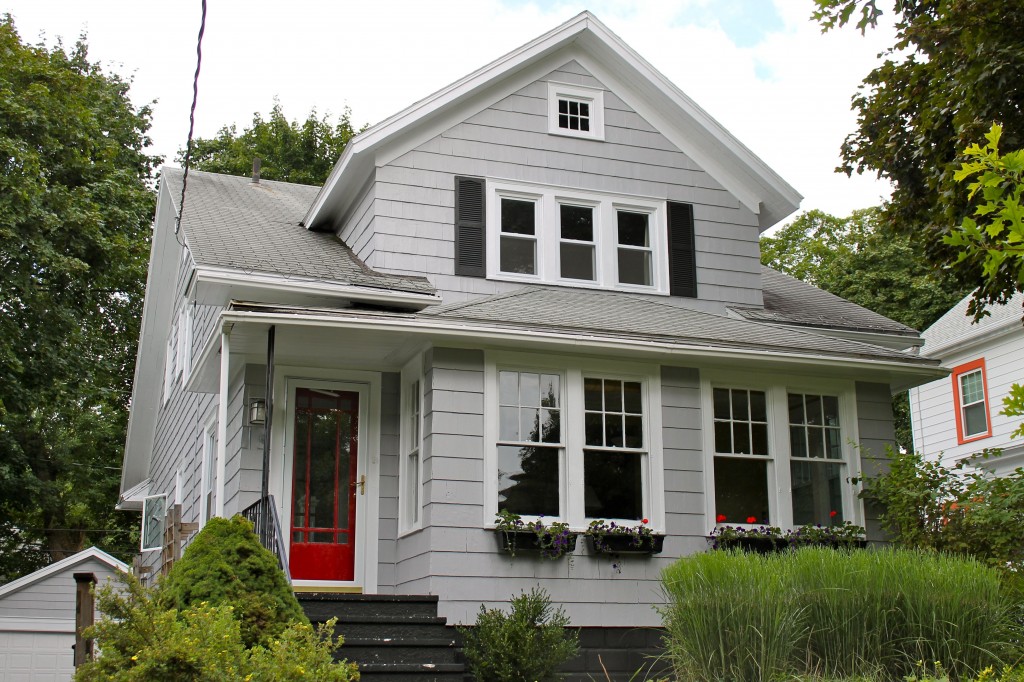 Our house is an example of a Craftsman style house.

This style originated in Southern California and inspired by the English Arts and Crafts movement.  This was the popular style for smaller homes built from 1905s through 1920s.  The features are low-pitched gabled roofs, exposed rafters.

Although this is just a small sample of the homes in our neighborhood, you can see that the early neighborhood developments are quite different from the developments that surfaced in the 1950’s.  Those homes lacked the character of their predecessors.

I hope you enjoyed the tour.

Strolling in the Neighborhood