We are highlighting my favorite French cookbooks in today’s post.

We’re going to do a different kind of food related post today.  As you know I usually have a recipe for you every Friday, and the truth is that I made vegetable lasagna, but I forgot to take photos.  It was good, though.  So, today I thought it would be fun to share my favorite French inspired cookbooks with you.  The funny thing is that only one of them is written by a French person, and she lives in California!  If you would like cooking tips from a true French chef, you will enjoy this post we published last week.  We have provided direct links to each of the French cookbooks so you can buy them for yourselves.  These links are affiliates, but it will not cost you any more. 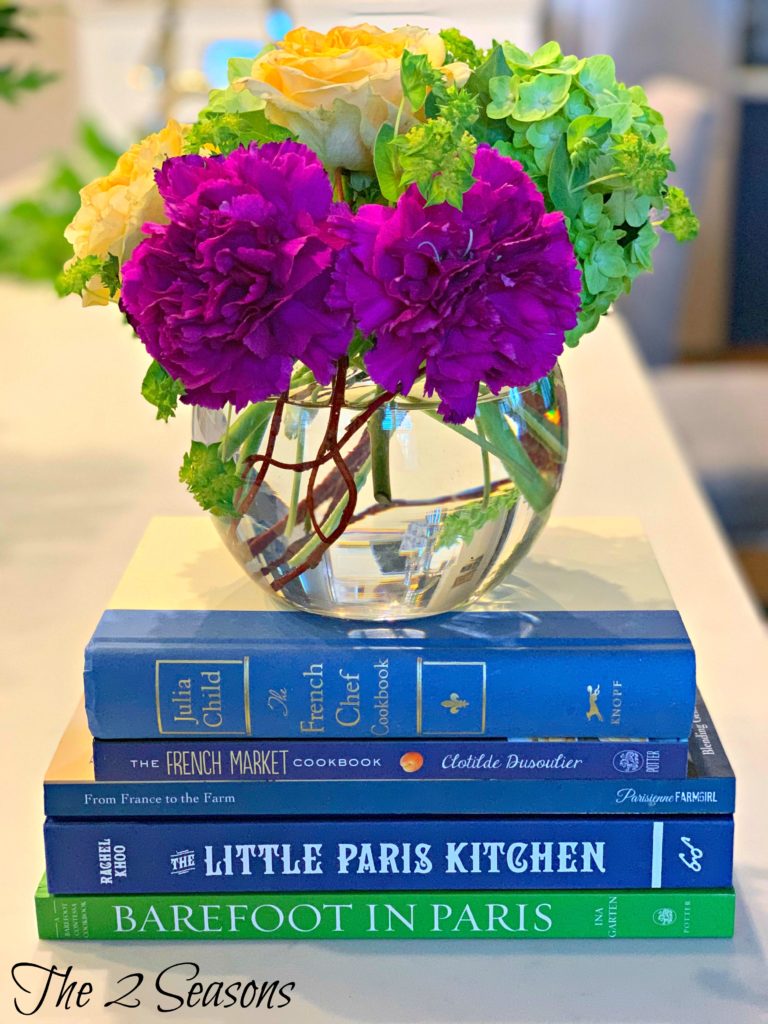 First up is the bible of all French cookbooks – at least the ones written by non-French.  Of course it’s Julia Child’s Mastering the Art of French Cooking.  This book started Ina Garten (the Barefoot Contessa) on the road to her success as a cook.  I have enjoyed snippets of Julia over the years.  I watched many of her PBS shows, saw her kitchen at the Smithsonian, sat through the delightful Julia and Julie four times, read several books about her, and used some of her recipes in my own kitchen.  This book does not take any short cuts, and it is quite wordy, but it’s true French cooking.  Julia attended cooking school in Paris, and in this book she shares what she learned.

Next up is Ina Garten’s Barefoot in Paris.  Clearly, this is a stretch to call it a French cookbook.  However, Ina, who is the first to tell you that she is a cook and not a chef, has a Paris apartment and spends a lot of time there.  According to Ina, there’s nothing in this book that you can’t make in your own kitchen.  There are lots of entertaining ideas and recipes that will not only wow your friends and family but convince you how easy it is to cook really delicious French food, even if it’s not a special occasion.  The photos are beautiful, the text is interesting, and the recipes are good.  Buy it here.

I first heard about Rachel Khoo when we were in India, of all places.  One day I was sick and watched some television in our hotel room.  I discovered a food network (not our food network), and they were having a marathon of Rachel Khoo shows.  She is a British girl who lived in a tiny apartment in Paris.  Her kitchen is/was about the size of an efficiency kitchen in a hotel room.  She actually used a hot plate as her stove and a toaster oven as her oven.  It doesn’t get much smaller than that.  I found her to be delightful and was fascinated by all of the beautiful dishes she created in that tiny Paris kitchen.  I googled her that day and discovered she had a cookbook called The Little Paris Kitchen.  I ordered it as soon as we returned home.  I have made a lot of recipes form it like mussels in white wine (I love mussels), ratatouille, citrus fruit cake, croque madame muffins, and more.  Other books she has written are My Little French Kitchen, Rachel Khoo’s Kitchen Notebook, Rachel Khoo’s Sweet and Savoury Pates, and her latest, The Little Swedish Kitchen.  I guess she has moved.

The French Market Cookbook is the only vegetarian book in the group and the only one written by a French chef.  Clotilde Dusoulier grew up in Paris but moved to California. This cookbook is divided into recipes for each season. This chef’s philosophy is that in order to learn to cook, you should first learn to shop and know how to select the freshest ingredients.  She claims that if you are forced to cook with produce grown out of season and trucked across the country (sound familiar???), then the best cooking will not improve its flavor.  She, like my French chef, says to cook with the freshest ingredients.  We all know that is not always possible, but we can do our best.  We are trying to eat mostly vegetable based meals this month, and I am using this cookbook as my reference.

The last of my favorite French cookbooks that I am sharing with you today is From France to the Farm.  This cookbook is written by Angela Reed, a Wisconsin mother of six.  She’s far from France, but she is a true Francophile who has a growing following on Instagram and on her Youtube channel.  She also writes a blog.  I have made several recipes from her book (maybe you saw me making them when I shared them on our Instastories) and have enjoyed them and the stories she writes.  She is currently working on a book about gardening.  The transition she has made in her garden in the two summers she has lived in her current home is mind-boggling.  Be sure to give this cookbook a try. 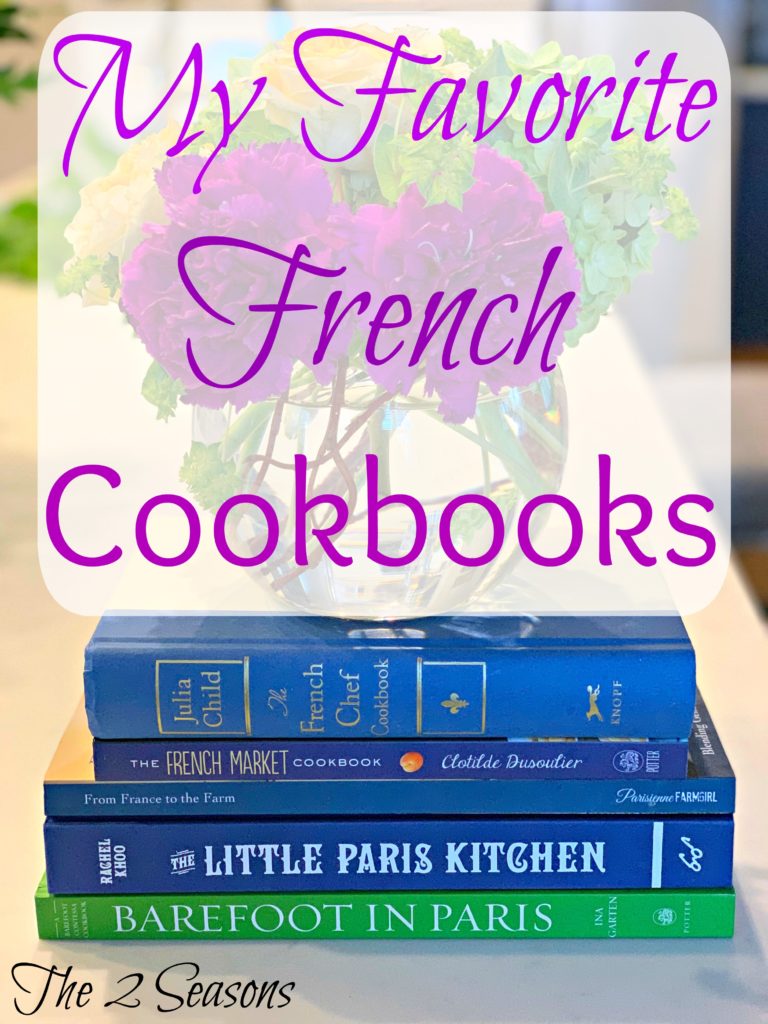 If you are on the lookout for some new cookbooks, then we hope my favorite French cookbooks gave you some ideas. Thank you so much for spending part of your buys day with us.

Cooking Tips From A French Chef

The Sweet Life In Paris