Hello, friends.  I am headed home to Lexington today after spending the last five days in Charlotte with Jordan and her family.  I think she had a good 40th birthday.  She and Charles escaped to the Wentworth Mansion in Charleston, SC for the weekend, and then had some time one evening to go to a movie while we grandparents baby-sat.  She was also treated to a relaxation soak in a float spa.  Every mother of two children under age five needs some relaxation.  Right?   Finally, I fixed her a birthday meal last night (she requested this recipe) complete with a cake that Little Miss and I baked. 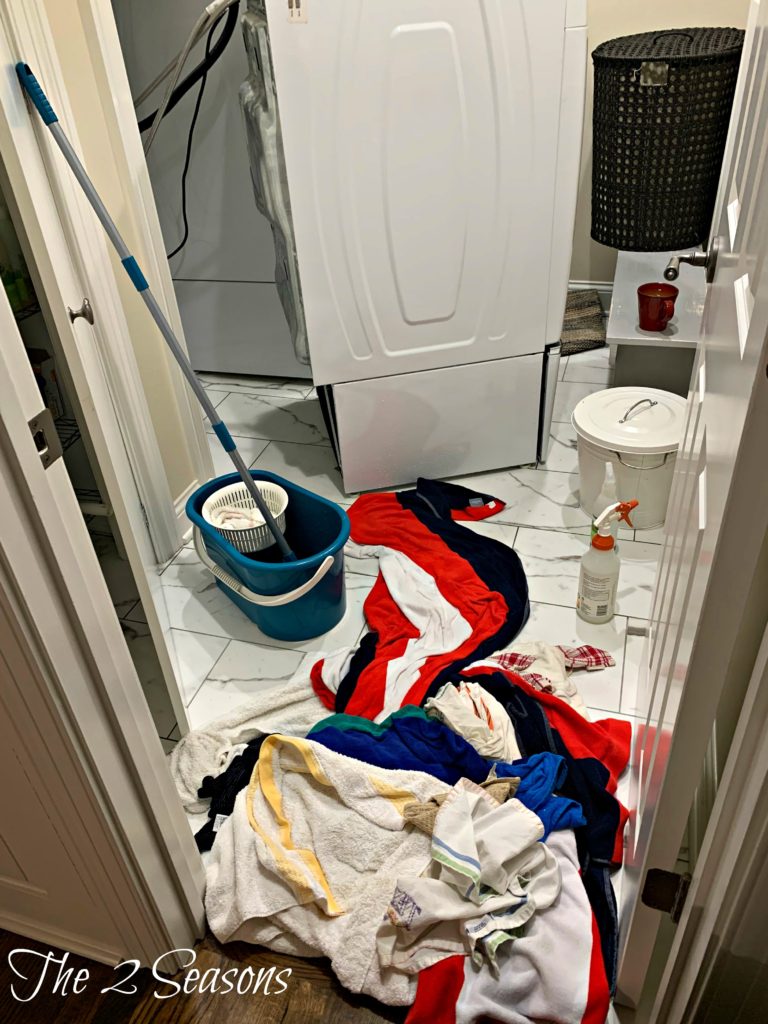 Our Smoke Detectors Woke Us

In yesterday’s post, I mentioned that Mike and I woke up to our smoke detectors blasting last week.  It happened Thursday morning.  I heard what I thought was the shower at 4:35 and assumed that Mike had gotten up early.  When I realized that he was in bed beside me, I assumed it was raining outside and went back to sleep.

Normally, I wake up at 5:20 to go to the “Y” to work out, but for some reason, that morning I overslept.  At 6:00, the fire alarm woke us.  At first I thought it was our security system and that someone had broken in.  Then I heard the word “Fire!” being repeated over and over again.  It was coming from the smoke detector.  I ran out of our bedroom and to the third floor to see if there was smoke up there.  All clear. 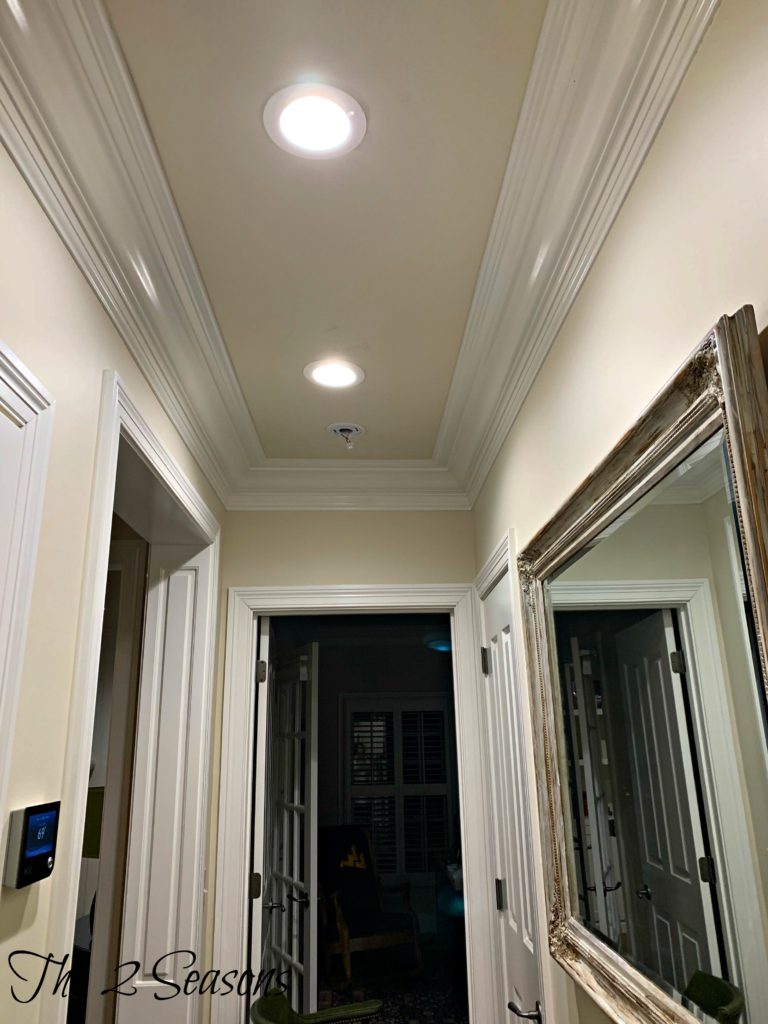 Then I ran down the stairs to the main floor.  I checked everything, and when I was on my way to Mike’s office and office, bathroom, I saw, heard, and felt water coming from the smoke detector and lights in the ceiling of the back hallway.  I knew then that water was coming from the laundry room on the second floor.  I ran up there and saw that the hose to our oxidizer was undone, and water was pouring out of it.  Mike ran to the basement and turned off the main water line, but the damage had been done. 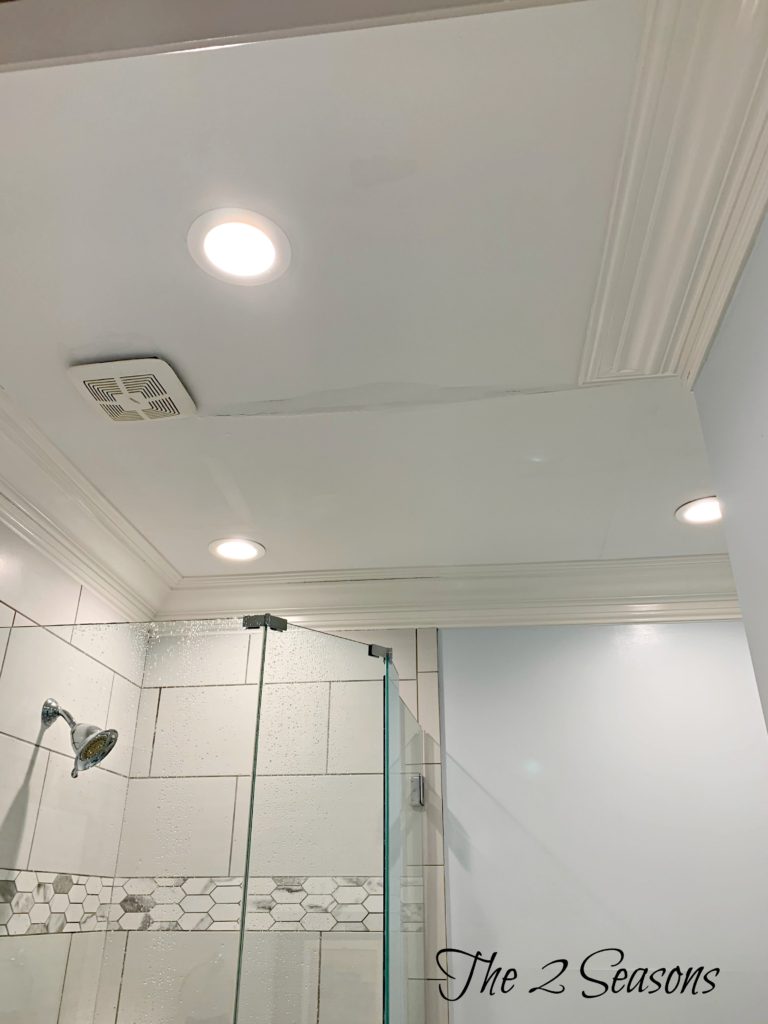 (This ceiling looks much worse in person. It will all have to be replaced.)

Surprisingly, only a little water got on the hardwood floors outside of the laundry room.  It went through the ceiling into Mike’s office bathroom, and that ceiling and the insulation will have to be replaced.  The hall ceiling is okay, and the floor, though somewhat damaged, will look okay when it dries some more.  Somehow, most of the water went straight to the basement, and Mike used the shop vac to remove most of it.  The dehumidifier will get rid of the rest.

Two things to point out is that we always turn off the main water line when we leave town, and thank goodness we were home.  How did this happen?  We have two theories.  First off, this is the fifth house that we have lived in that has a laundry room on the second floor, and all of the houses have had drains in the floor.  We never had a water issue that required the use of one of those emergency drains before.  This time either the plumber didn’t put in the drain after we told him many times to do it, or the drain was covered up by the man who did the tile work in there. We are not sure which one.  (I assumed it was covered by the washing machine, and that was why I never saw it.) We have thought about removing a few of the tiles to see if there is a drain and then get that whole situation fixed.   The bottom line is that our contractor should have caught the problem, and he did not.  Grrrrrr!!!

We posted all of this on our Instastories right after it happened, and things are looking better now.  I HATE the thought of having to deal with dry wall dust because you know it gets into every available crevice, but that’s what we have to do.  We will get estimates to fix the ceiling, etc. and go from there.  We have a high deductible so this will be out of pocket.

Like I said on Instagram…….it could have been much worse.  It was not a fire, we have our home, our smoke detectors also detect water, and we are safe.  Those are the important things.

Big Updates Coming To Our Home