Hello, friends.  We have a cookie recipe for you today that you are probably familiar with.  However, we have added a new flavor to it.  Traditionally, madeleines are flavored with lemon, and to me, lemon is a spring/summer flavor if it’s in a dessert.  So, to make madeleines that work better for winter, I found a recipe here that uses almond flavoring and cinnamon.  I enhanced the flavor even more by adding a cinnamon glaze to the top when they were still warm.  As the madeleines cooled, the glaze hardened and formed a nice topping. They are perfect for this time of year.  Cinnamon madeleines are especially good with a cup of hot tea in the afternoon when you need just a little something to hold you over until it’s time for dinner.  Now, in order to make cinnamon madeleines or any kind of madeleine, you need a special pan.  I use this pan that I purchased here. 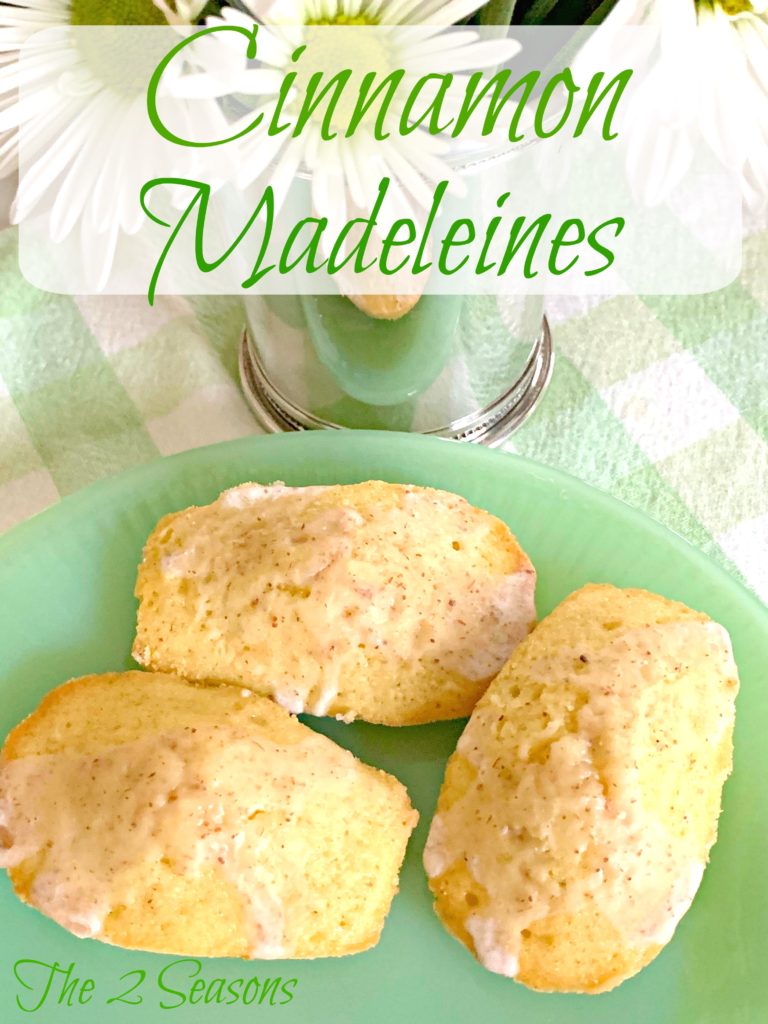 I added a glaze to the top that wasn’t in the original recipe.   That is completely optional  If you prefer a stronger cinnamon flavor just add more cinnamon to the glaze.  These cookies would be a nice treat over the holidays.  They are special, and anyone who eats them will appreciate the effort you put into them.

Affiliate link used at no extra cost to you.