What?  Didn’t I just get a new range last year?  The answer to that would be yes, but it had an issue that couldn’t be fixed, and so, I got a replacement.  First off, let me begin this post by saying that I am not trying to disparage Thermador in any way.  Before buying this Thermador range for our home, I had owned two other Thermador ranges in previous homes.  And I LOVED them.  That’s why I went with the same brand this time around.   However, I knew this oven was not baking properly based on my past experience with the brand. And let me also say that during this process, Thermador was wonderful to work with.  They were prompt in responding to me, and always courteous and professional.  I highly recommend their products. 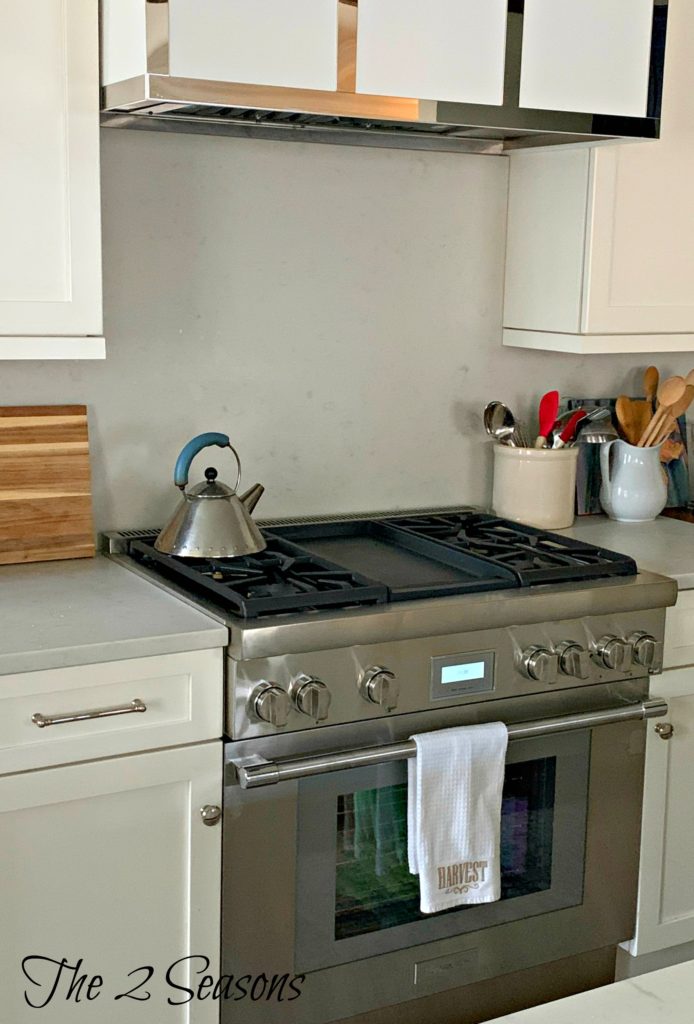 So, this is what happened.  The first time I used my new Thermador range last year when we moved in, I baked a pan of muffins.  You all know that I love to bake and cook, and I try to do as much “from scratch” as possible.  When I took that pan of muffins out of the oven, the one in the middle was raw.  I thought that was strange but figured it was because the oven was new and had never been used before.  It might need some time to adjust.

However, as time went on, everything I was baking was coming out done on one side and not done on the other.  I happened to see our salesman out one day, and I told him what was going on.  He suggested that I not use the regular bake element but use the convection bake option.  I had never baked with convection before but gave it a try.  The results were the same.  Plus, I was a little miffed that he was telling me to not use half of my baking options even though we paid full price for the fully working range.

Several repairmen came at different times, and they, too, said to use the convection bake.  Several times, they calibrated the temperatures, but I was getting the same results.

For a while, I adjusted to the situation by taking a step I shouldn’t have needed to take.  If I was baking a cake, for example, I set the timer midway through the baking, to remind me to turn around the pan.  That was the only way I could get anything to bake evenly.  It didn’t matter if I was baking a meat loaf, a turkey, a pie, a cake, or cookies, I had to turn the pan around midway in the baking process to get even results.

In the spring, I contacted Thermador personally.  They promptly got back to me and recommended that I use a different repair company.  (We had been using the service department where we purchased the range. Also, since it was under warranty, we were not paying for these service calls.)  The new guys also said to use the convection option because they couldn’t understand why the oven was not baking evenly.  They even replaced all of the seals on the oven door and said that was all they could do.

When that didn’t work, Thermador said it was time for the biscuit test.  That literally means that a repairman showed up with a tube of unbaked biscuits, and we baked them.  They came out half done and half not.  The repairman also used a temperature gauge to record temperatures in various parts of the oven.  The temps were all over the place.  He agreed with me that the oven was faulty, and sent in his report to Thermador.  When he left, he took a biscuit with him……one that was done.

That afternoon Thermador called me to say they would NOT be replacing the range because they felt the repairman’s temperature gauge was faulty.  Remember…..this was the repair company they selected. 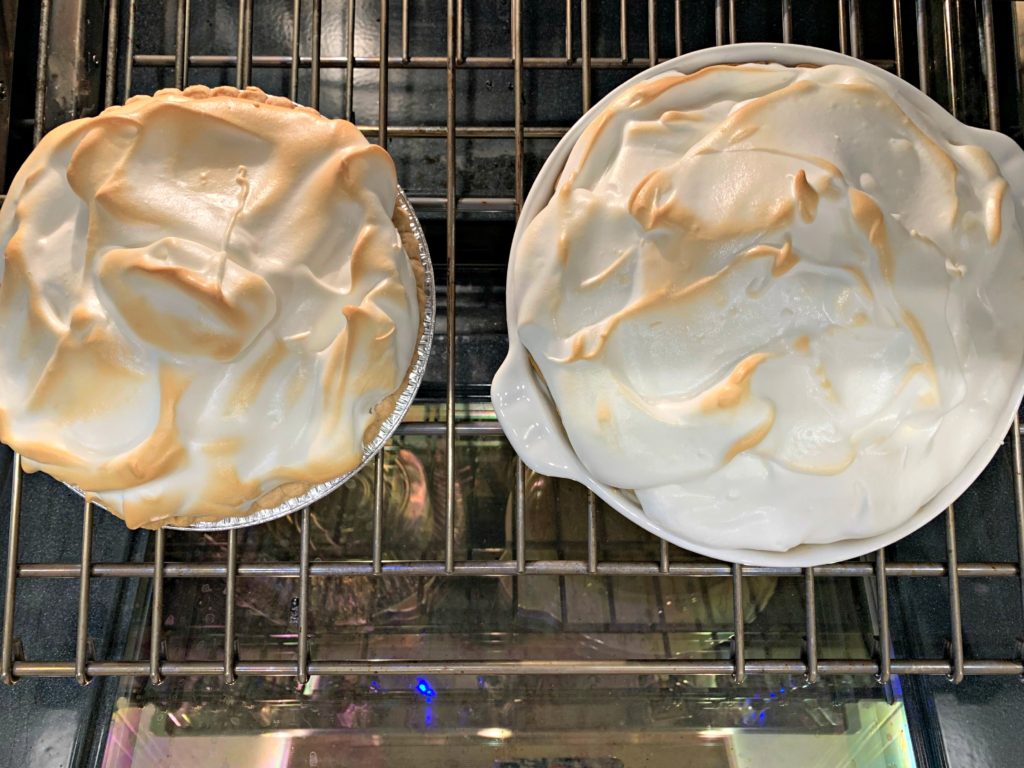 I quickly got on my computer and sent them a polite, detailed email stating eight reasons why they should exchange the range.  Then that weekend I baked two coconut meringue pies, and the meringue was baking unevenly.  I took photos of the pies while they were in the oven and after they came out.  I also took photos of the temperature gauge. 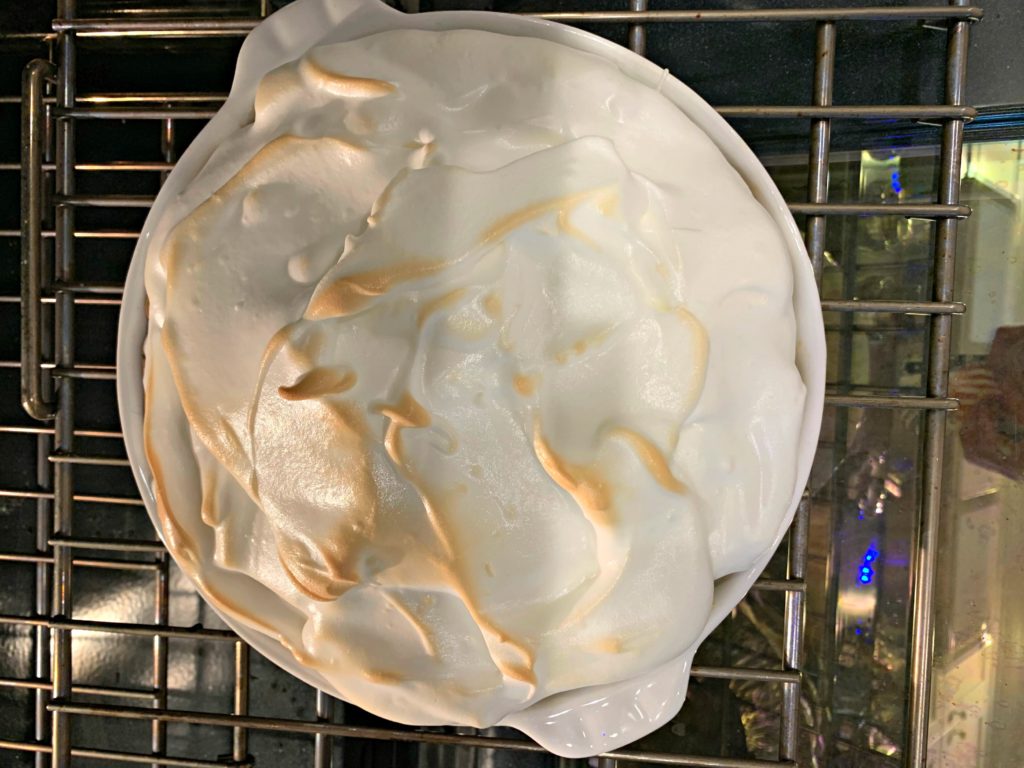 The next morning, which was a Monday, I sent the photos to Thermador with very little explanation.  By noon that day, they got back to me and said they would send a NEW range, and that it would arrive withing 15 days.

I was thrilled.  We first had to get our trip to Spain out of the way, so the range sat in the warehouse till we came home.  And as I am typing this, the men are installing it.

I just found out that it is WIFI friendly, which means I will be able to turn the oven on and off and control the temperatures with my phone…..even if I am not at home.  How cool is that?????

So, dear friends, I have two things I want you to get out of this post:  1.  Don’t take no for an answer.  Try, try again, but do it nicely.  2.  Thermador is a good company who stands behind their products.  I would buy another Thermador product again and again.  Things happen, and they made it right.

I was not paid or coerced into writing this post, but I wanted to share my experience with you.  I hope it helps you to persevere when necessary.

My Kitchen Aid is Stuck – Again