We recently spent three weeks traveling and bicycling in Europe.  We hit up five countries, but our first week was spent in my favorite country, The Netherlands.  We try to get there every year to soak in the beauty, quaintness, and history.  This year we specifically chose to go the third week of April because we were told that is the best time to see the best tulips.  I am excited to tell you about our latest tulip tour of the Netherlands. 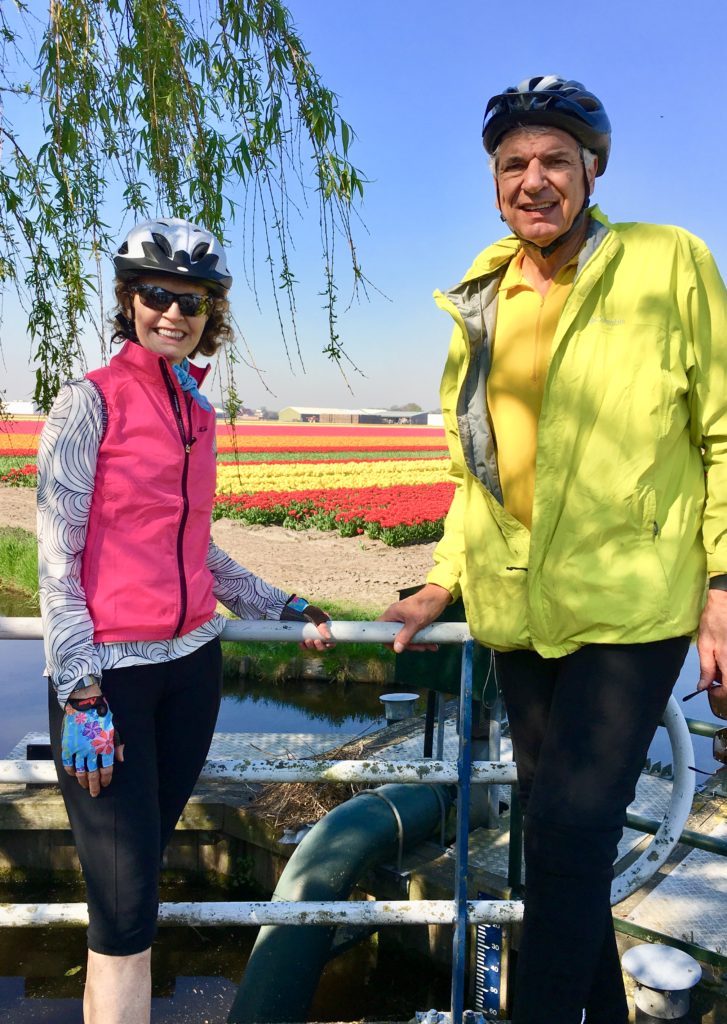 We can probably sum this trip up in four words:  bicycling, boating, blossoms, and bronchitis.   Yes, unfortunately, that last “b” reared its ugly head, and I went down with a bad case of bronchitis which kept me cabin bound for a few days.  I’ll get to it more later. 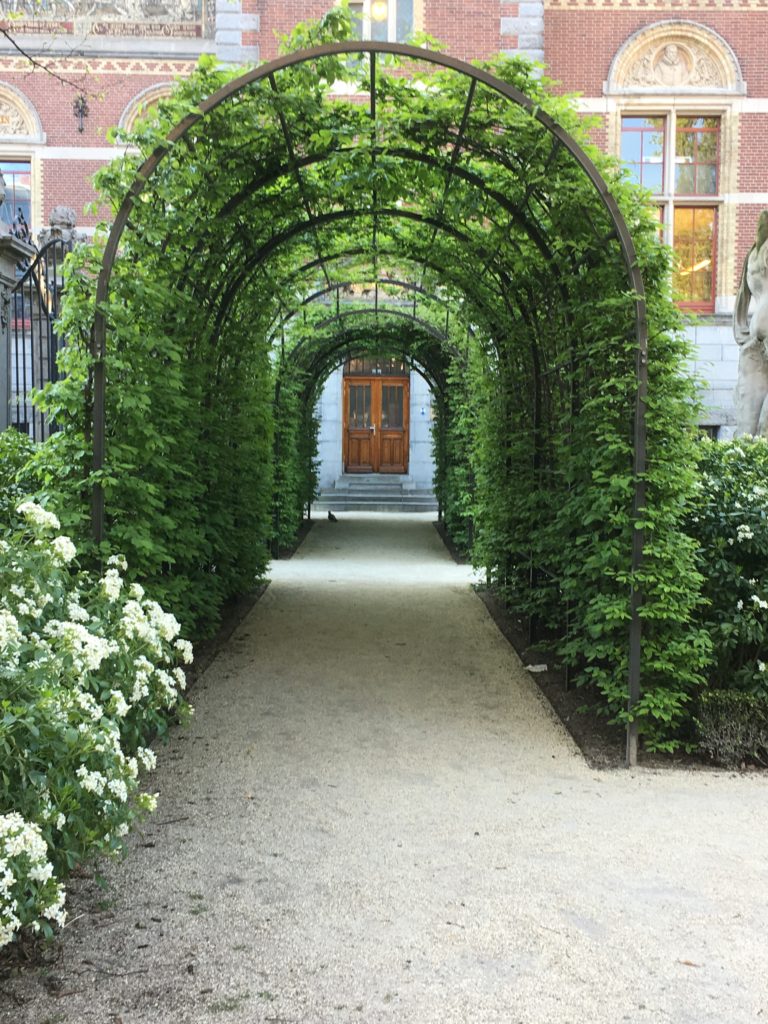 We started out our stay in Amsterdam which was looking just beautiful.  This year marks the 350th year since Rembrandt’s death, and the city is celebrating his life.  The Rijks Museum was hosting a special Rembrandt exhibit, and I spent a morning there enjoying the exhibit along with many permanent collections.  It was my first visit to the Rijks.  It was closed for several years for an extensive remodel, and I just couldn’t fit it into our travel schedule on my other trips.  It did not disappoint.

That afternoon we boarded our home for the week.  Our cycling trip was combined with a sailing trip on the Leafde fan Fryslan.  It was my first time on a sail boat, and it was exciting. 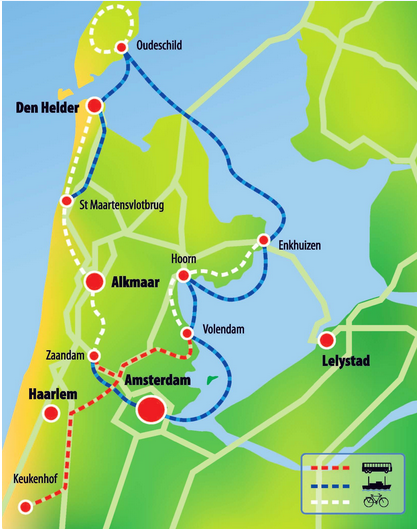 We were mainly in the northwest part of the country and even on the North Sea. 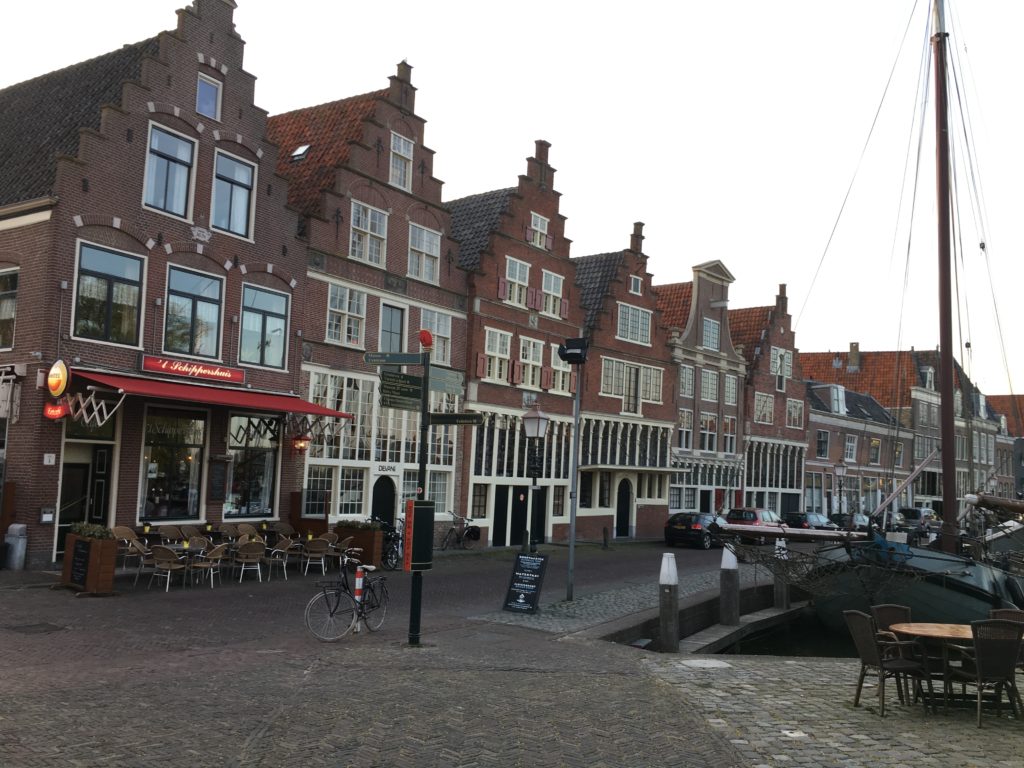 One of the things I love about The Netherlands is the charming towns and villages.  It’s not unusual to have a town with a canal running down the middle of the main street.  They just built beautiful buildings around those canals. 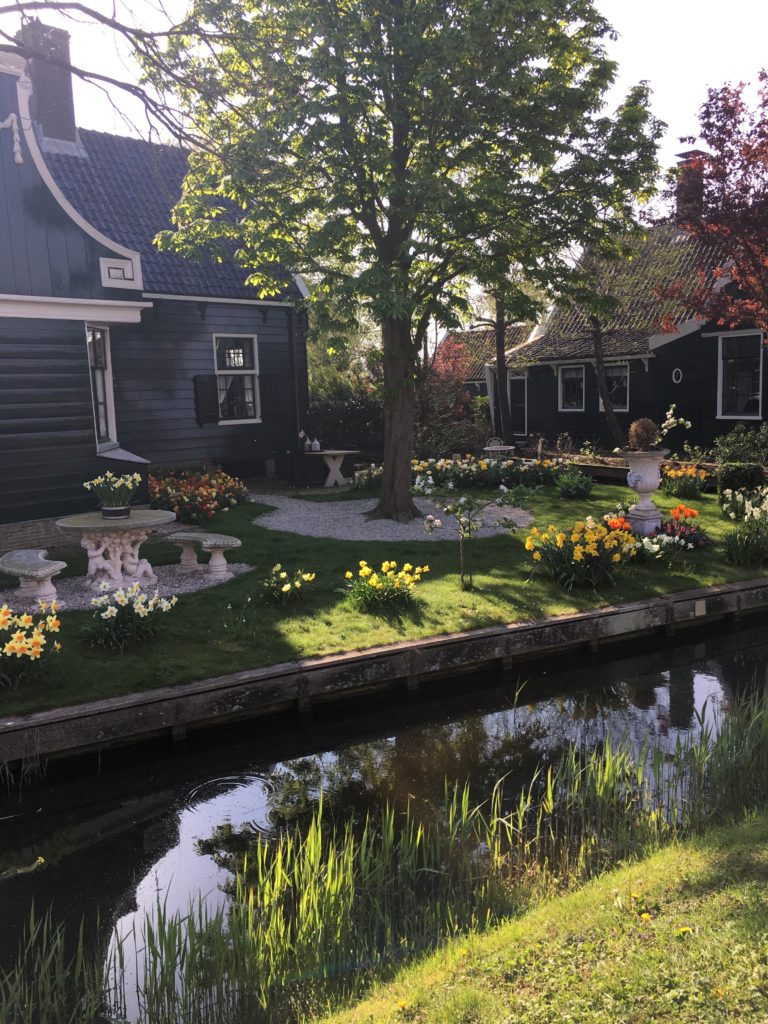 They are also not deterred by a canal in the front yard.  They just landscape around it. 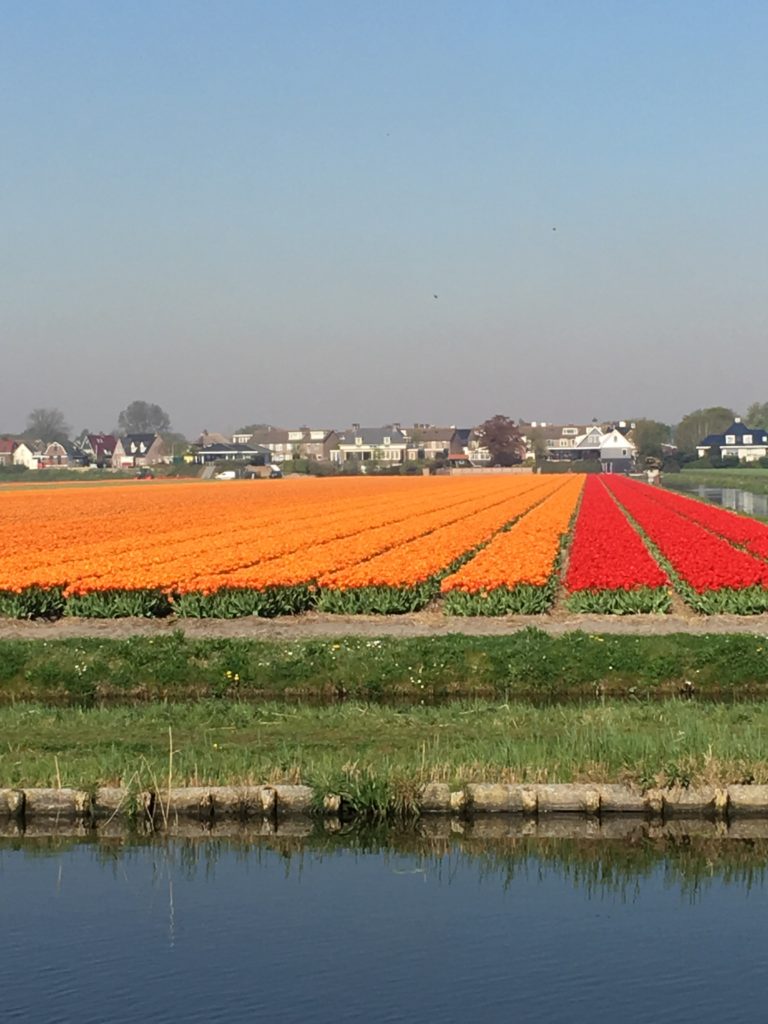 One of our Dutch friends told us that the best week to be in the Netherlands for tulips is the third week of April.  Like all growing things, the blooming is dependent upon the weather.  If you get there too soon after a cold spring, the blossoms might still be in the bud stage.  Get there too late, and the blossoms might be finished.  And it’s important to know that the tulip fields are not in the entire country.  Certain regions are better for growing tulips and bulb plants than others. 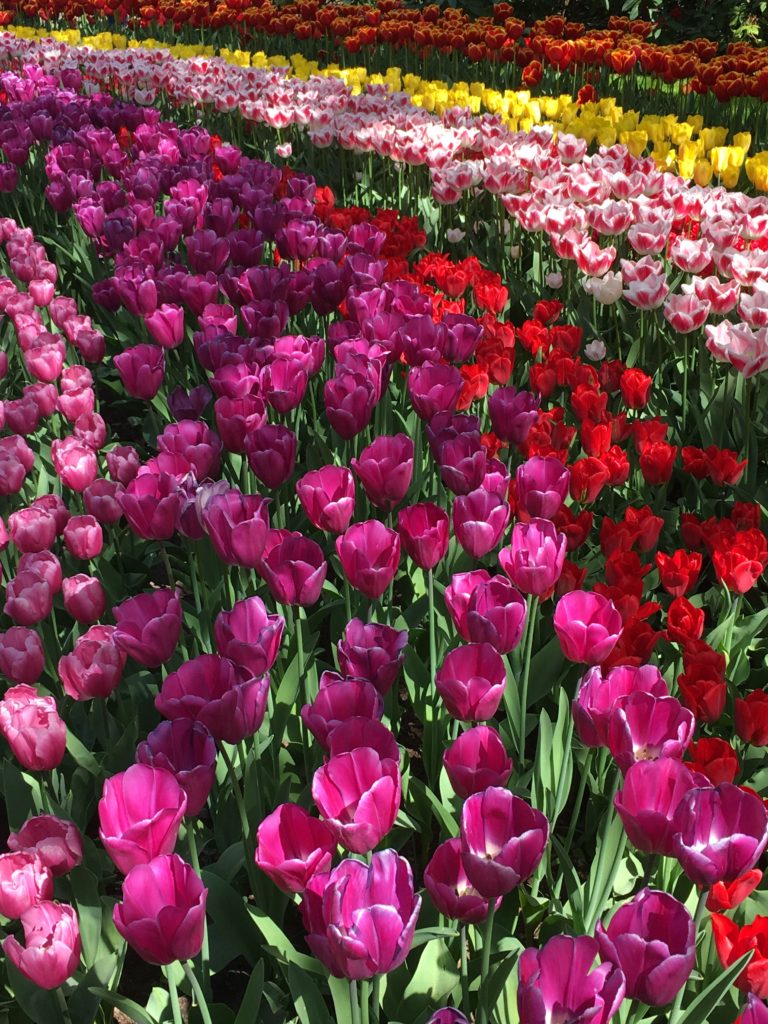 We made our third visit to the Keukenhof, and it was once again tulip perfection.  The Keukenhof is a large park devoted to tulips and other bulb plants.  Bulb farmers get to show off with the layout and designs, and it is spectacular. It is open to the public only two months each year during the spring.  To say it is crowded is an understatement.  Imagine people from all over the world trying to see the flowers. 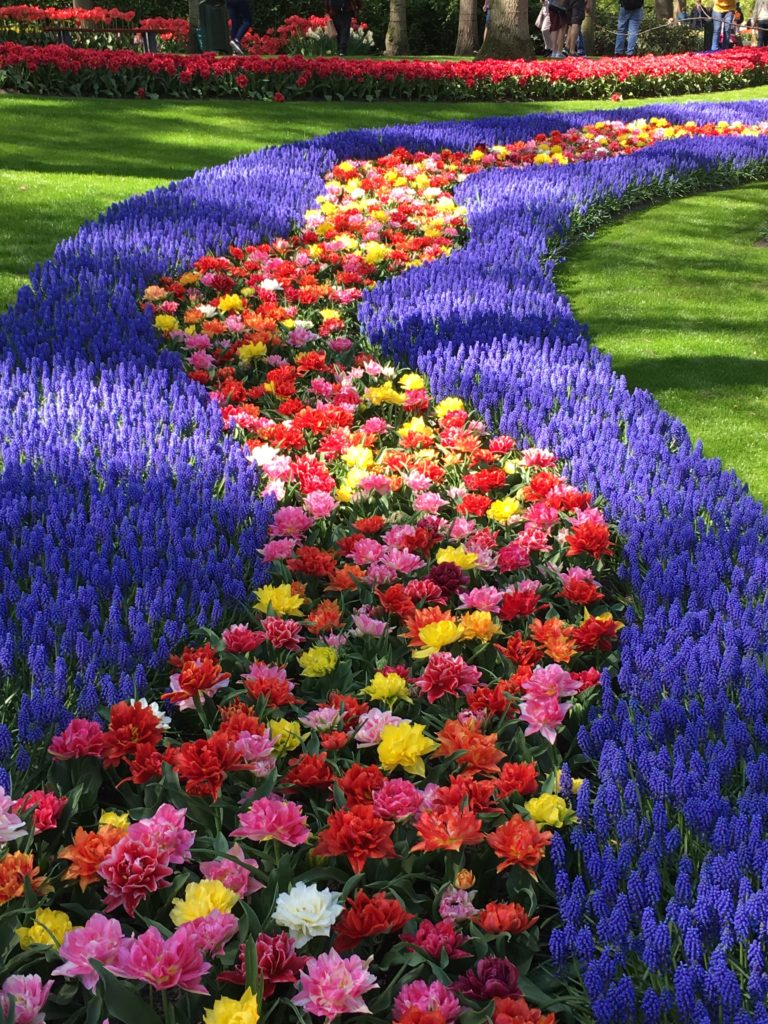 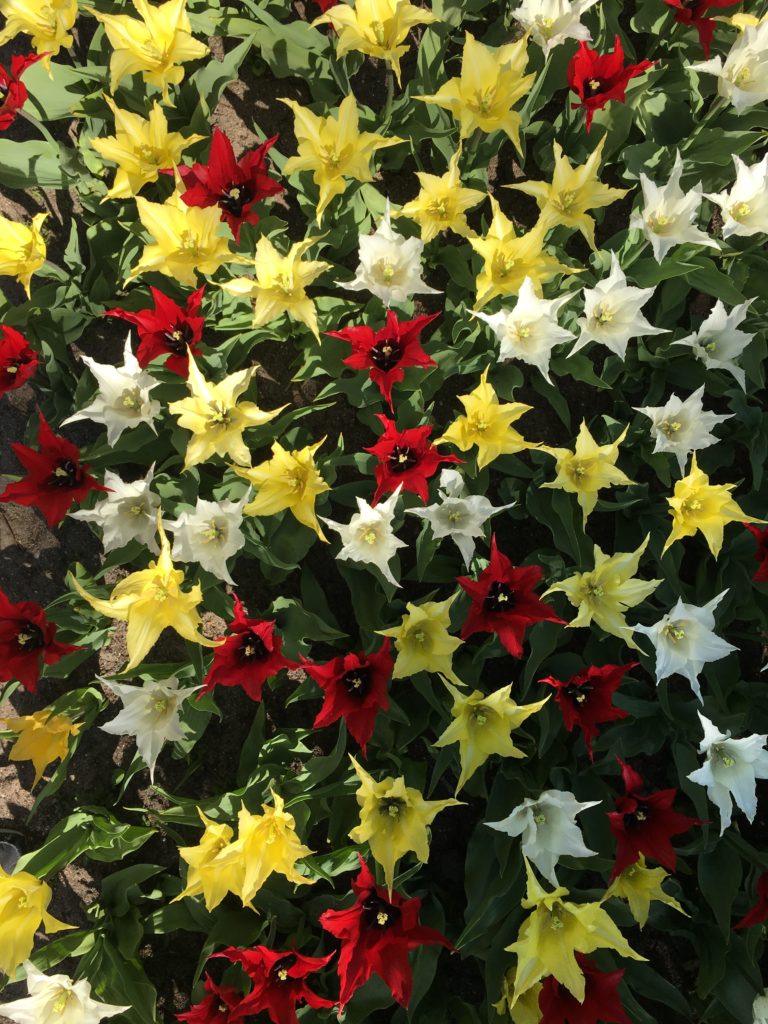 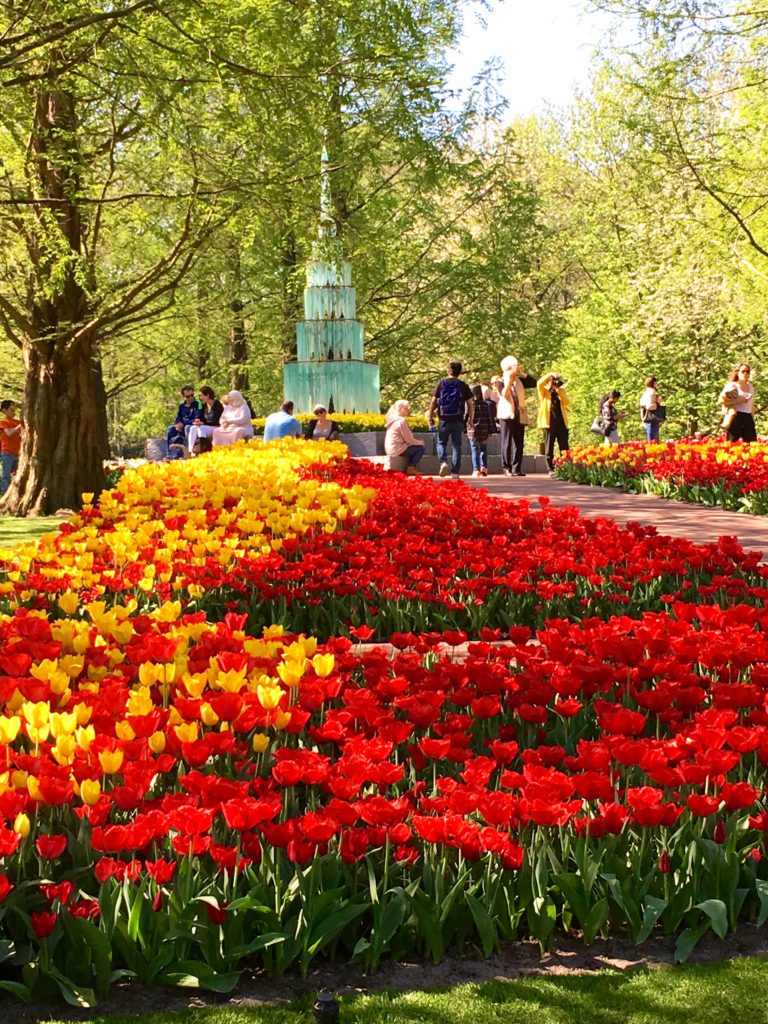 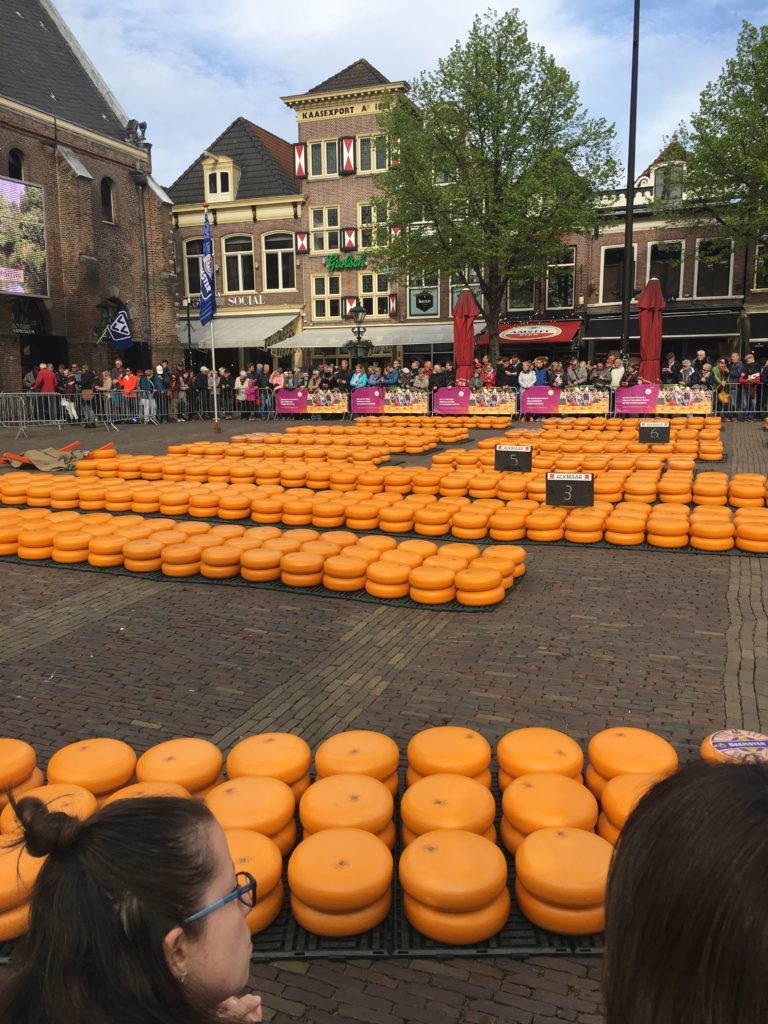 In the middle of the week, I was blind sided by a horrible case of bronchitis.  Thankfully, an Italian internist was on our boat, and he took my illness to heart and really gave me excellent care.  There was also an American in the medical field who just happened to bring along an antibiotic that would help me.  I was too sick to cycle the rest of the week, but I did manage to walk to a cheese auction one morning.  This was the historic cheese auction held every Friday in Alkmaar.

When our cycling trip ended, we started the second leg of our trip, which was a visit to Baden Baden, Germany.  It is the home of my husband’s ancestors, and he wanted to see it.  What a beautiful city!!!  I will tell you about it next.

Biking in the Netherlands