We are back from a long weekend full of excitement. It all started Thursday when I flew to Jordan’s in Charlotte and went with her and Charles to see “Hamilton.” It was one of the best shows I have ever seen and in fact is rivaling “Lion King” as my all-time favorite Broadway production.   The story, the music, the costumes, and the choreography were off the charts. If you get a chance to see it, go. It will be money well spent.

On Friday, Jordan, Little Miss, and I headed to Washington, DC but stopped first to spend the night with my parents at their home in West Virginia. Mother will be 92 in two weeks, and Daddy is 95, and they are still living independently, and Mother’s fried chicken is still the best I have ever eaten. It’s always fun to spend time with them, but we could only be there for one night. 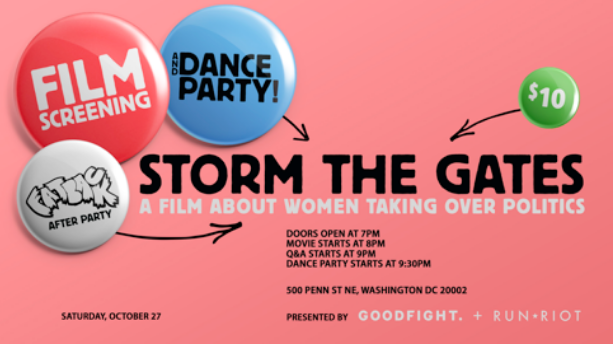 Saturday morning we headed to DC for an event packed two days. My daughter-in-law Josie is an award winning documentary film maker, and her film, “Storm the Gates”, which is about women running for office, had its premiere that night. The film will be released on election day on Huffpost’s website. Some of the candidates who were in the film had a question/answer session along with Josie afterwards.  I love to hear about “behind the scenes.” 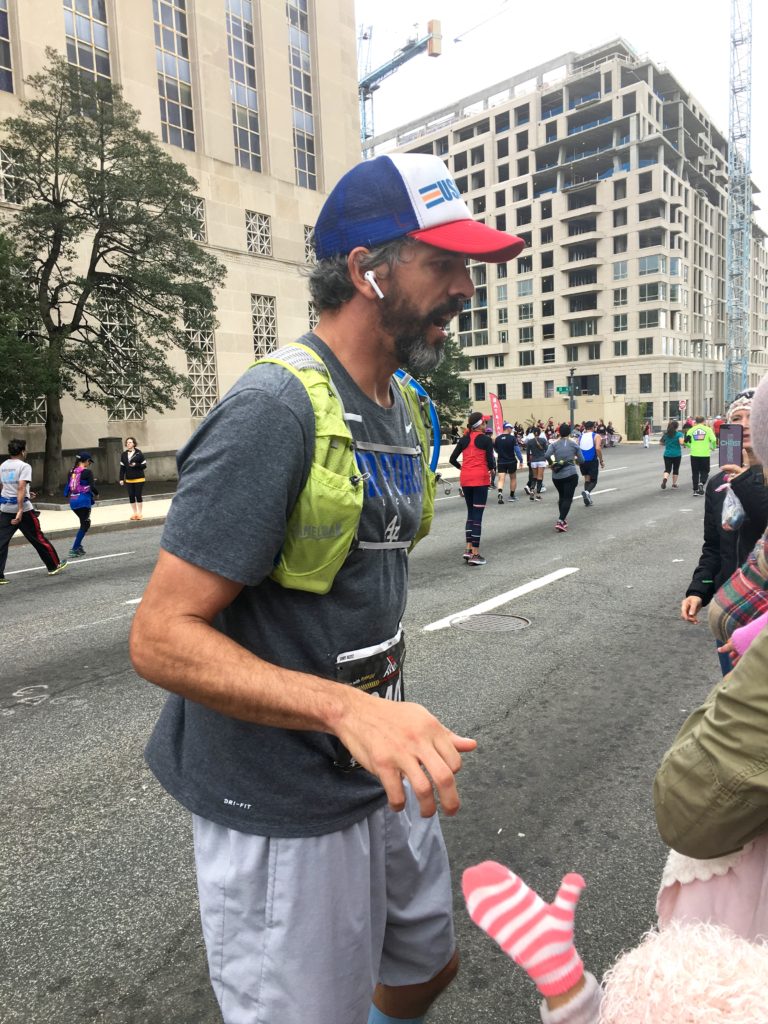 Then the next morning, our son Cory ran his first marathon. Cory is a jock. He played college basketball for a Division 1 school, yet he had not yet run a marathon like his sister, brother-in-law and wife. He is 6 feet 7 inches tall and never considered himself a runner.  He decided to enter the lottery for the annual Marine Corp Marathon held on the last Sunday in October, and if he were selected, then he would train for the race. Well, his name was picked, and so he followed a training program and entered the race along with 20,000 plus other runners. 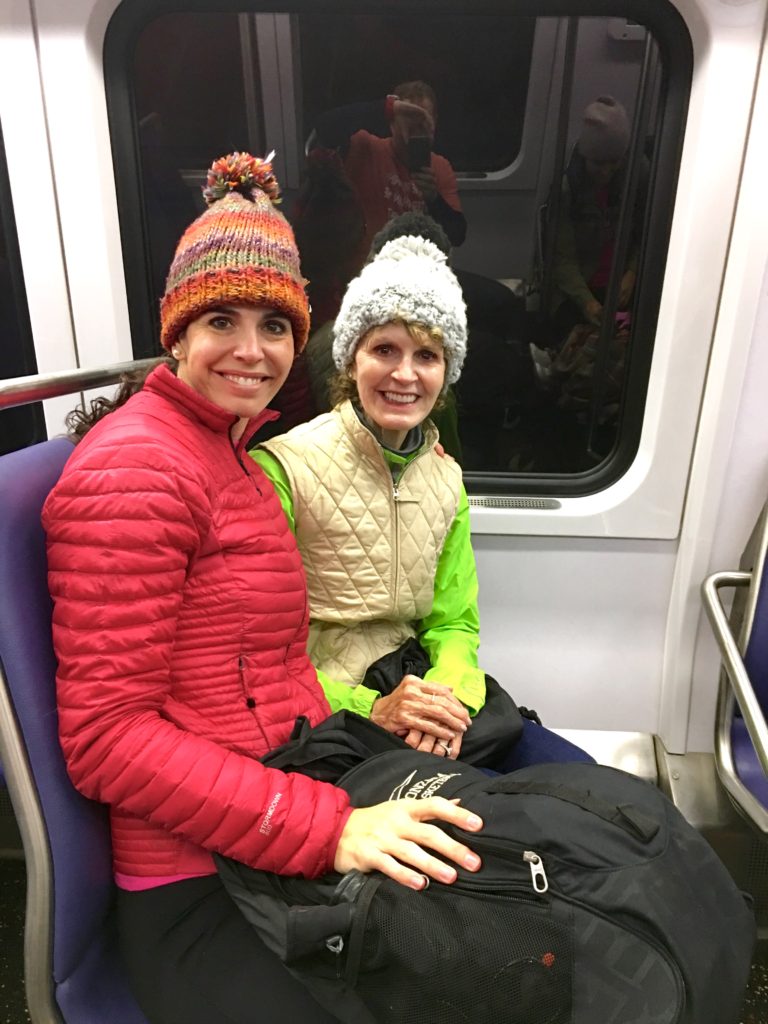 We packed up the kiddos, and we all left early and rode the Metro to cheer him on. (He left two hours before us to get to the starting line on time.) 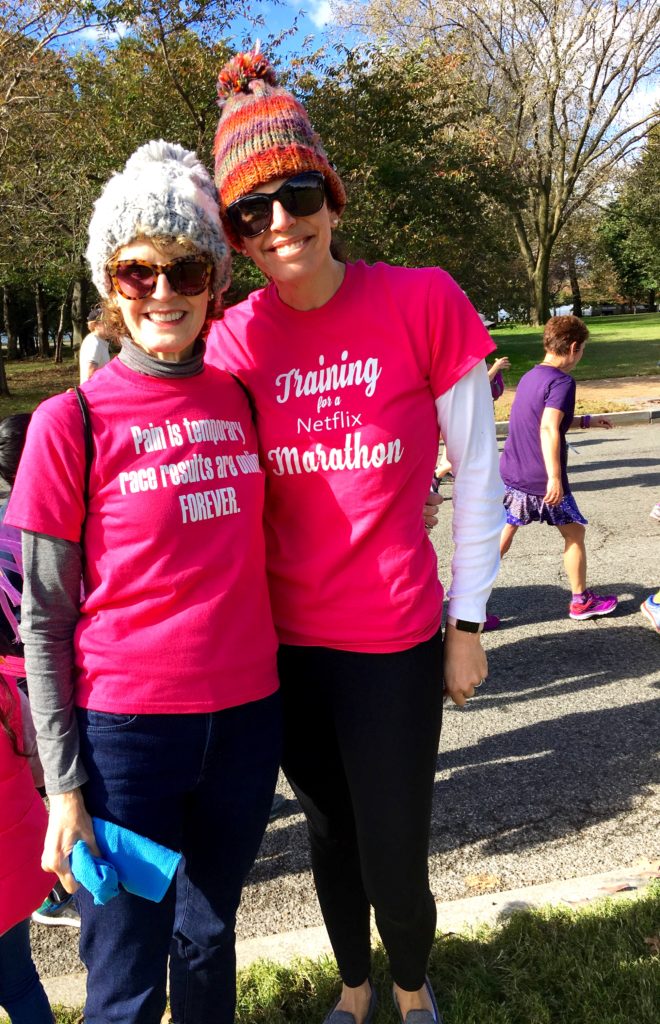 Jordan made shirts for all of us with marathon related quotes on them. 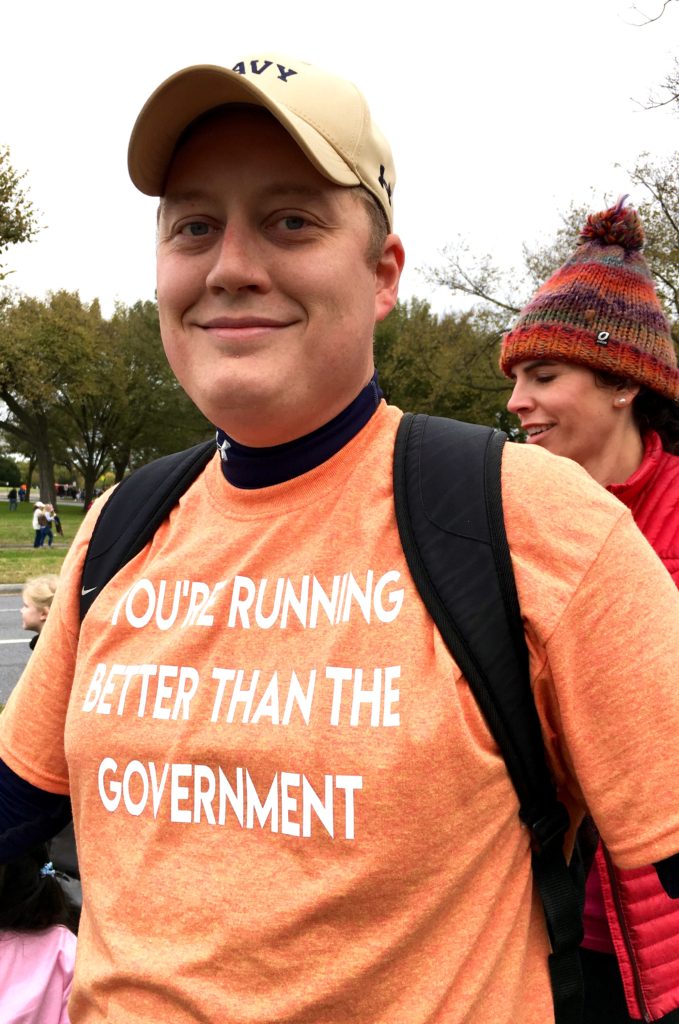 The one Charles wore got the most comments.  It’s not a political statement on our part.  We just thought it was a fun shirt for Washington, DC. 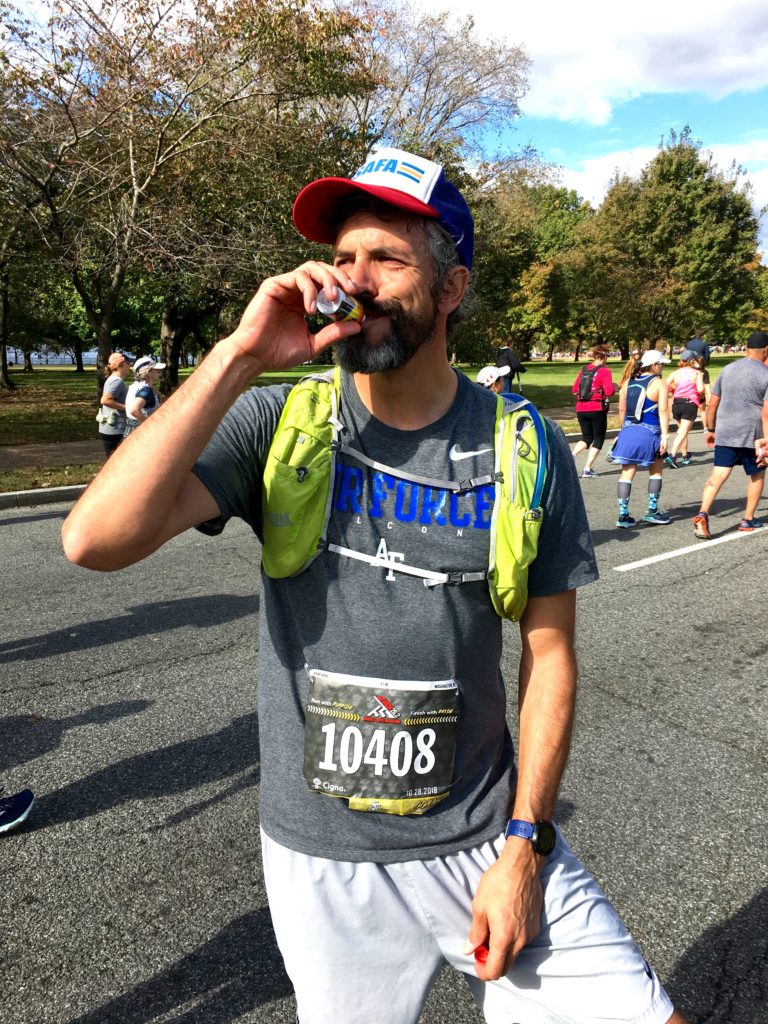 We were able to meet up with Cory at mile 10, mile 17, mile 20 with nourishment and at the end. He said that knowing he would see us along the route was great encouragement for him. 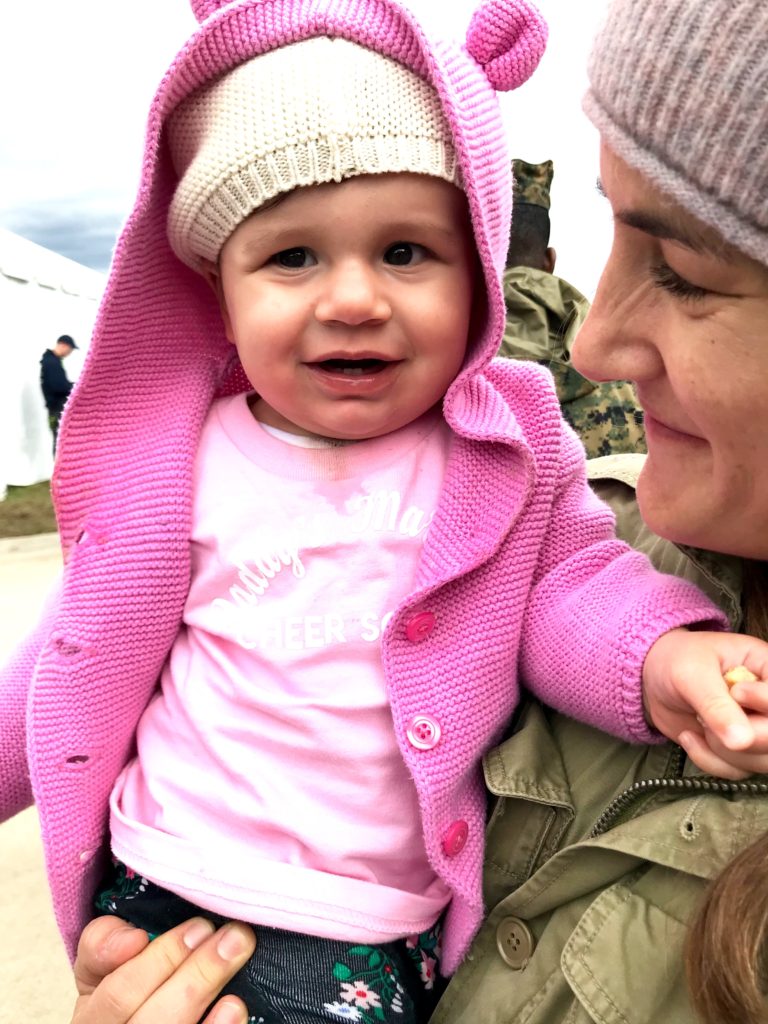 The marathon is like one big day long party. There were bands and DJ’s, balloons, food trucks, signs, flyovers by helicopters, runners of all ages, sizes, and physical capabilities, and tons of spectators to cheer them on. There were also stories of sacrifice.  A runner had one leg and a prosthesis, and he pushed a wounded warrior in a wheel chair the whole route.  Others pushed loved ones and wounded soldiers in wheel chairs. 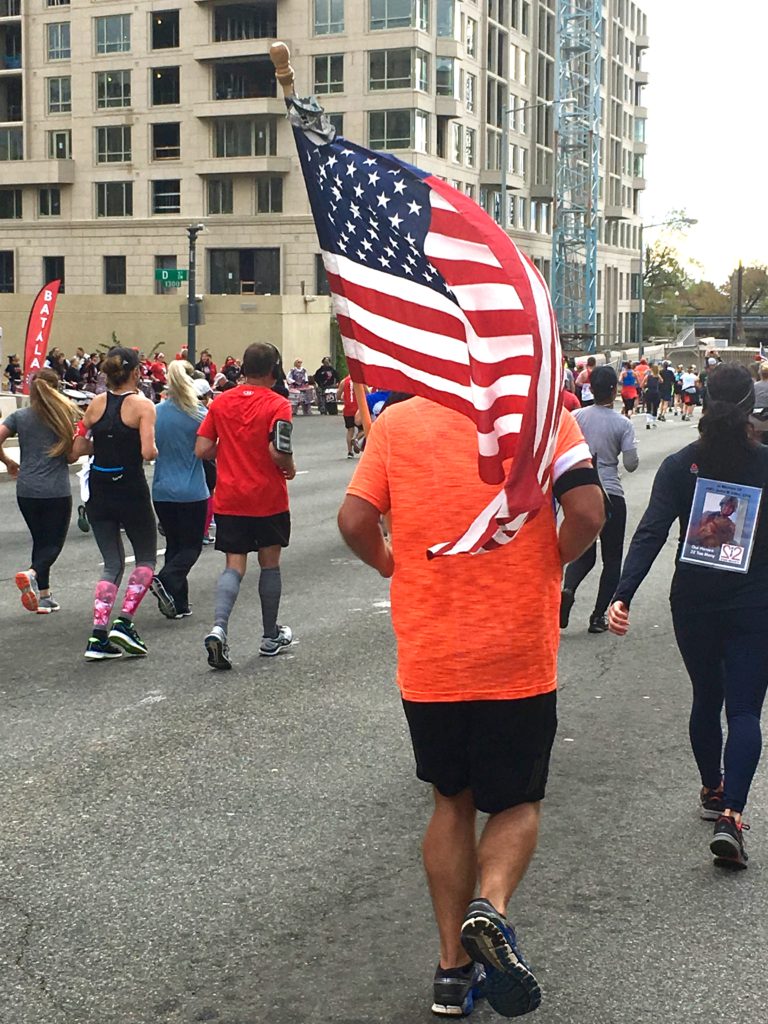 There were first responders running in full gear, and many people ran while carrying American flags. Many people ran for fallen soldiers, and it was an emotional and heart tugging event. 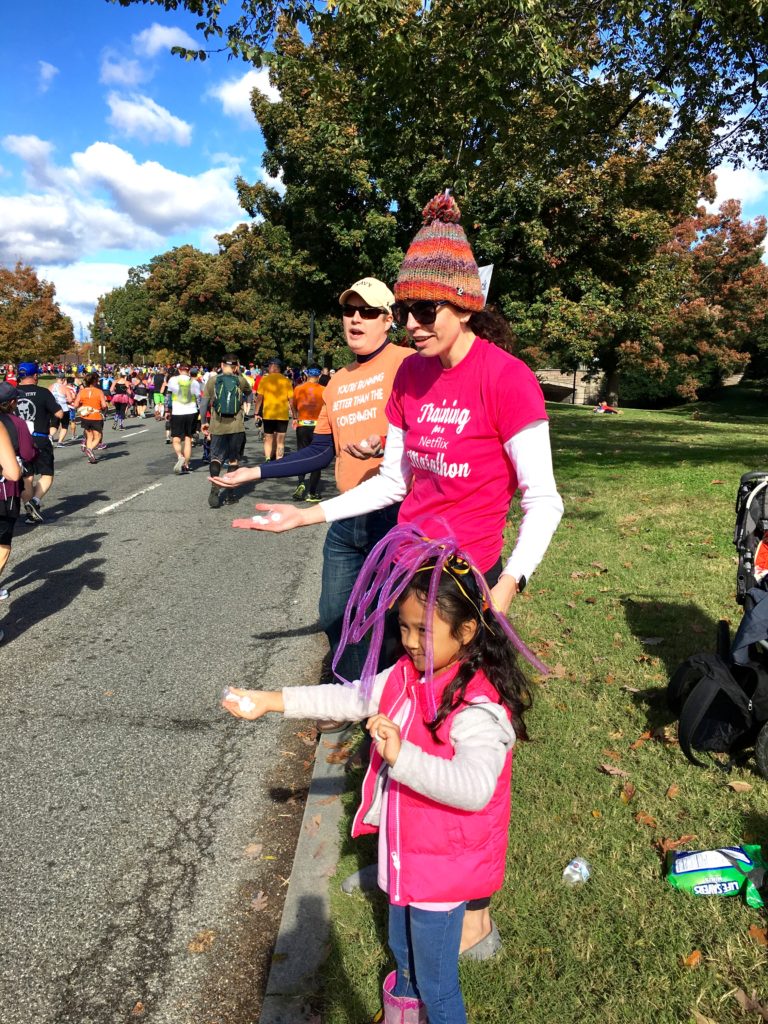 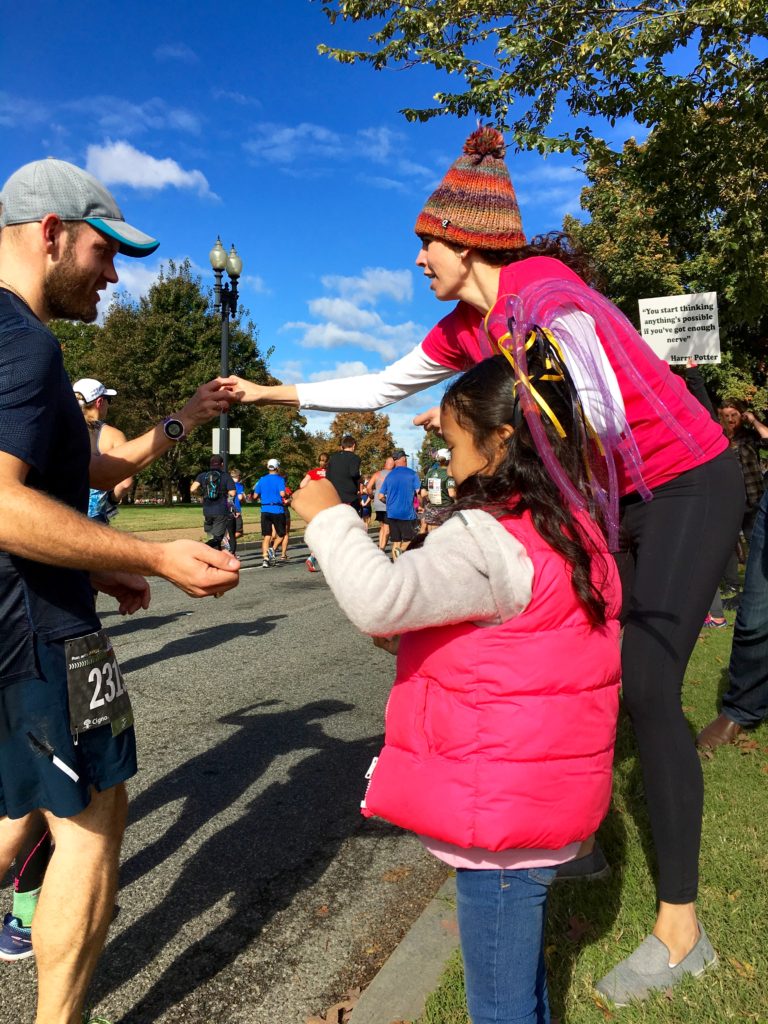 The runners really appreciated small gestures like that.  They also loved seeing handmade signs of encouragement that spectators held along the route. 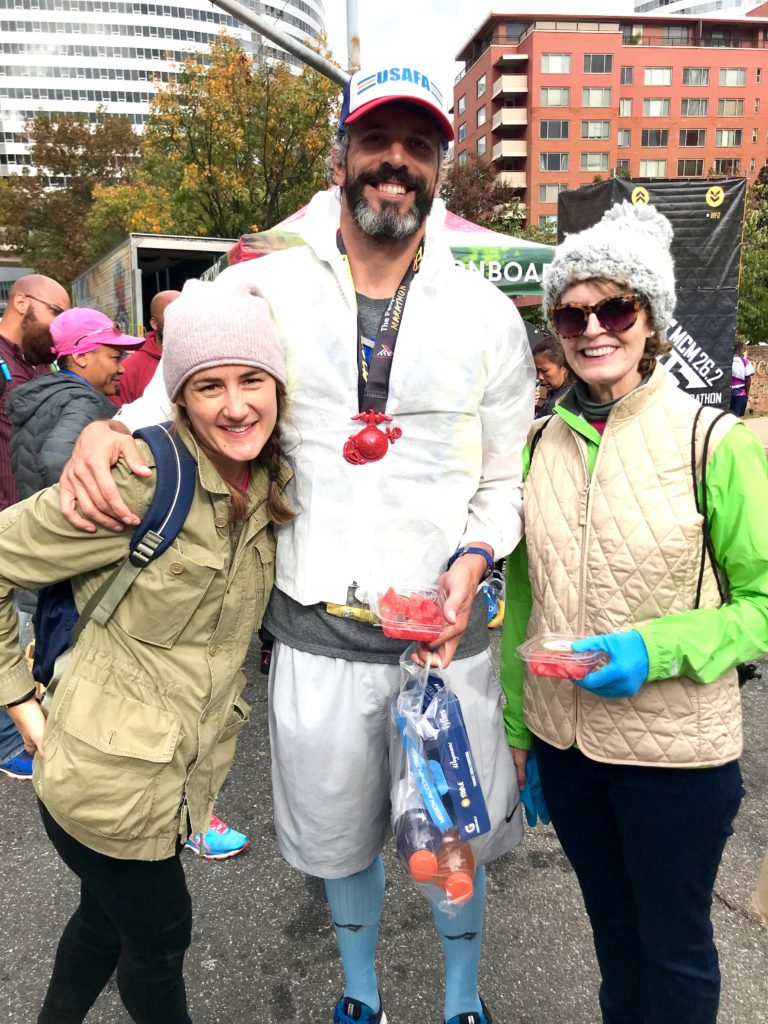 I am happy to report that Cory finished strong. We were all so proud of him, and it is once again proof that with hard work and determination, anything can be achieved.

A Big Week – A Bicycle Tour, The White House, and A Marathon