We are back today with another peek inside our new place.  In case you don’t know this, it is a townhouse on a corner lot with a  bricked in courtyard. We made getting the courtyard’s completion a priority over getting the front yard landscaped.  We see the courtyard out our windows, walk past it on our way to the garage, and use it.  And believe me, it was definitely looking bad during the construction process.  Our front yard is still just dirt, but it will be getting a face lift in the next few weeks.  We are glad that we overhauled the courtyard first.  I took these iphone photos yesterday morning in the rain which explains why I didn’t sweep up the debris from our neighbor’s messy tree first. 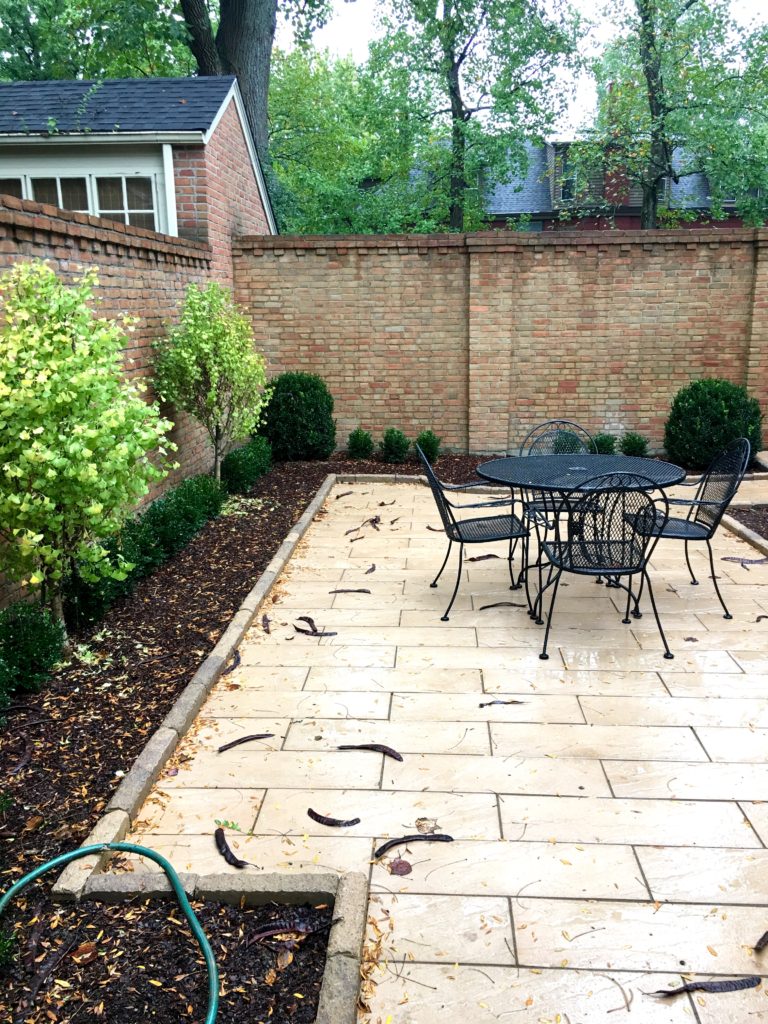 When we first bought our new house, the courtyard was  sunken and brick and was lined in an array of plants that had not received any love in years.  There were French doors leading out onto a brick patio that was level to the house, and there was one set of steps going into the sunken pit.  The brick patio became part of the addition in our new kitchen. 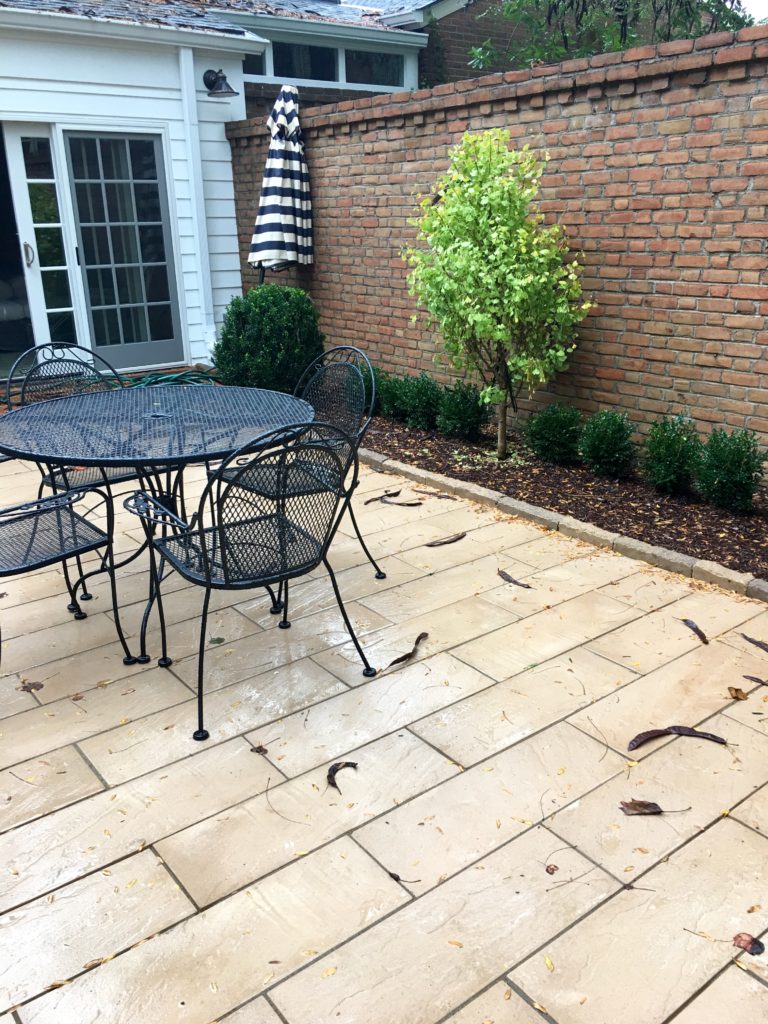 During the construction, we decided that we did not want the courtyard to have a sunken portion.  So, we were able to use brick and concrete debris as some of the filler to raise it. You can see that they left plenty of room for annuals and herbs in the summer.  The only plants that we used were two varieties of boxwoods and minature gingko trees.  The small boxwoods will grow but not too much. 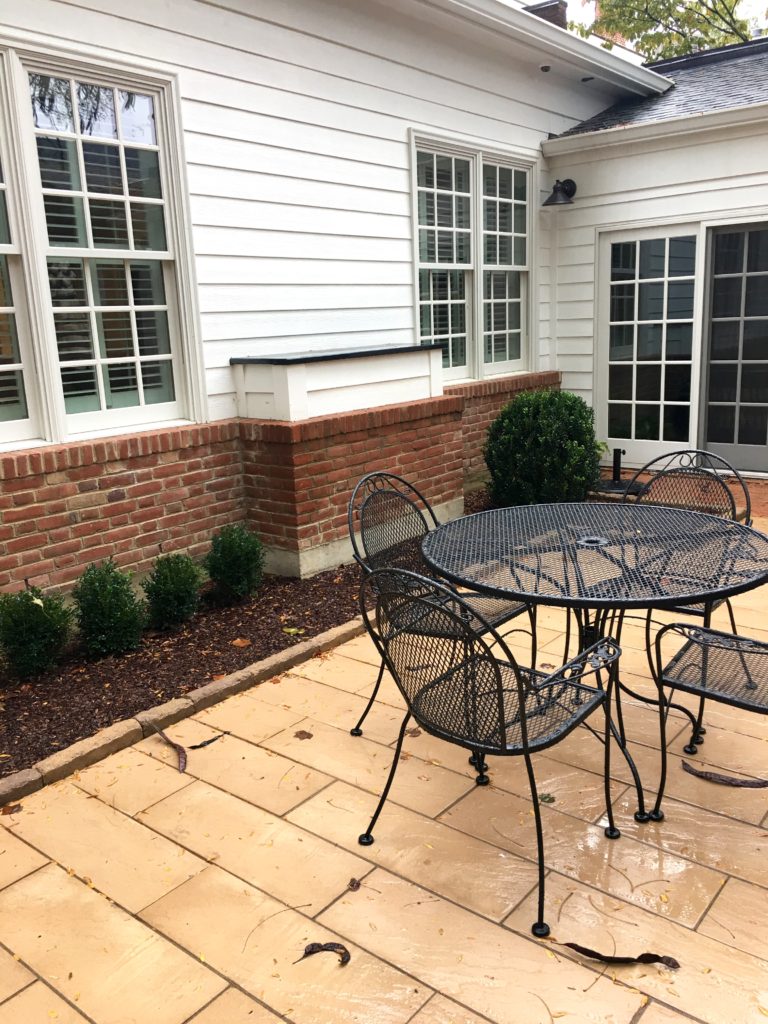 Unfortunately for the men doing the work, the courtyard overhaul was scheduled during the hottest weeks of the summer.  And if that wasn’t enough, they had to deal with the existing brick wall meaning that everything that went out or came into the courtyard  had to be hauled over the wall.  They set up a scaffold on both sides which made the task somewhat easier.  However, they still had to haul out tons of soil and then bring in sand, gravel, pavers, plants, trees, and mulch.  Whew!!!  The slate ledge in the above shot will hold flowers and plants in the summer and can also be a serving area when we entertain outside. 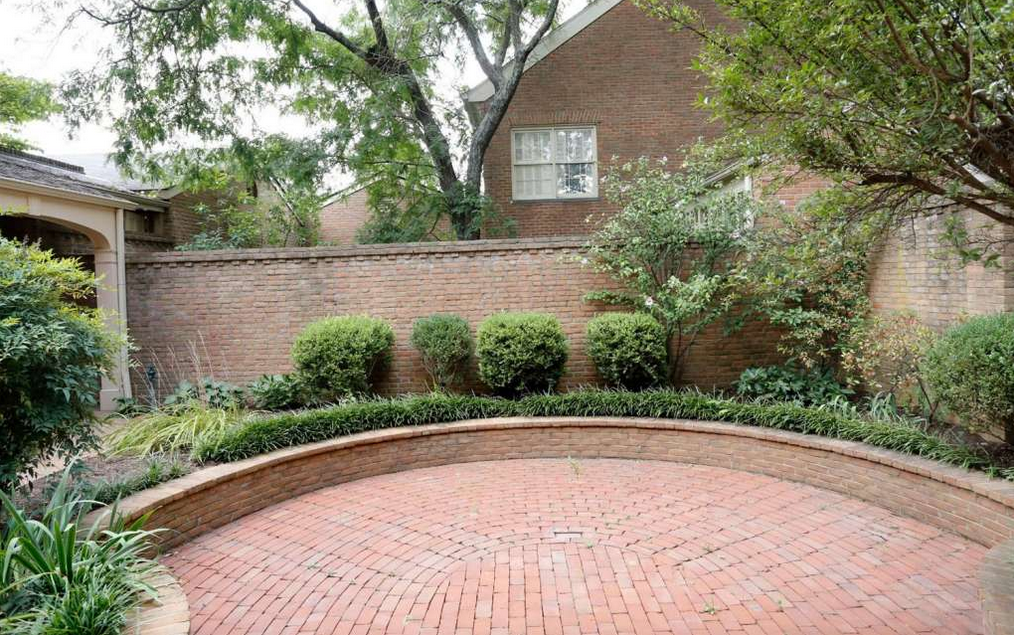 Just to refresh your memory here are some before shots.  This is what the courtyard looked like when we bought the house.  It wasn’t terrible, but it suffered from years of neglect.  When we built the addition, the courtyard was then off center and wonky looking. 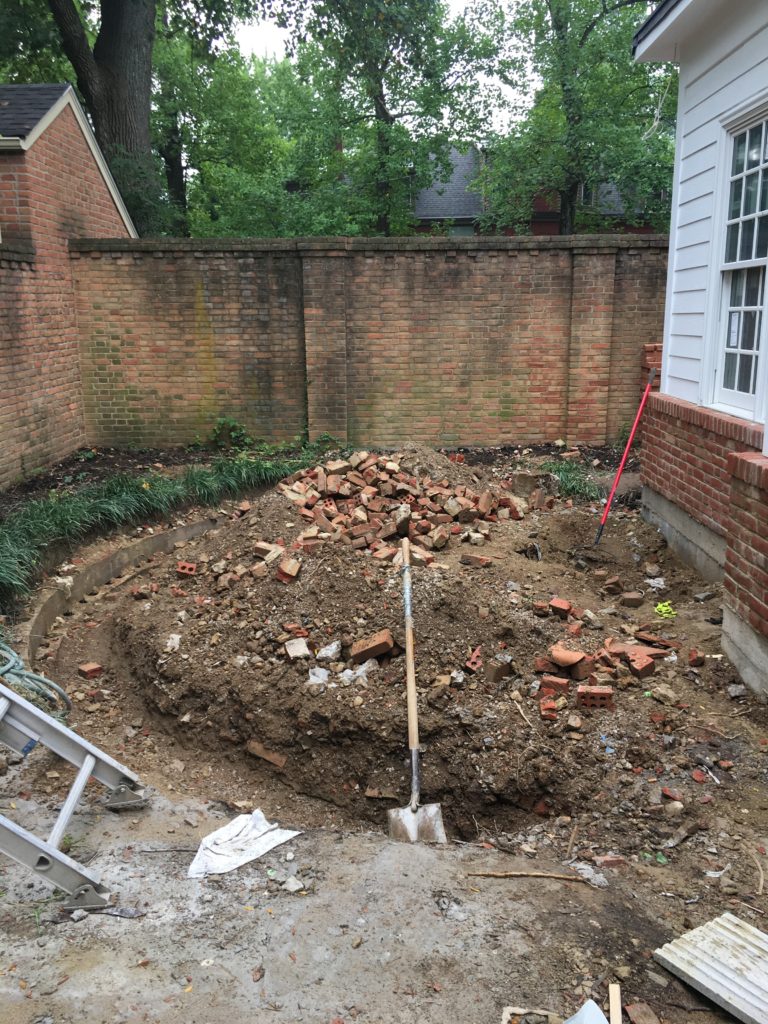 Here it is during construction and after the wall of the addition had been built. 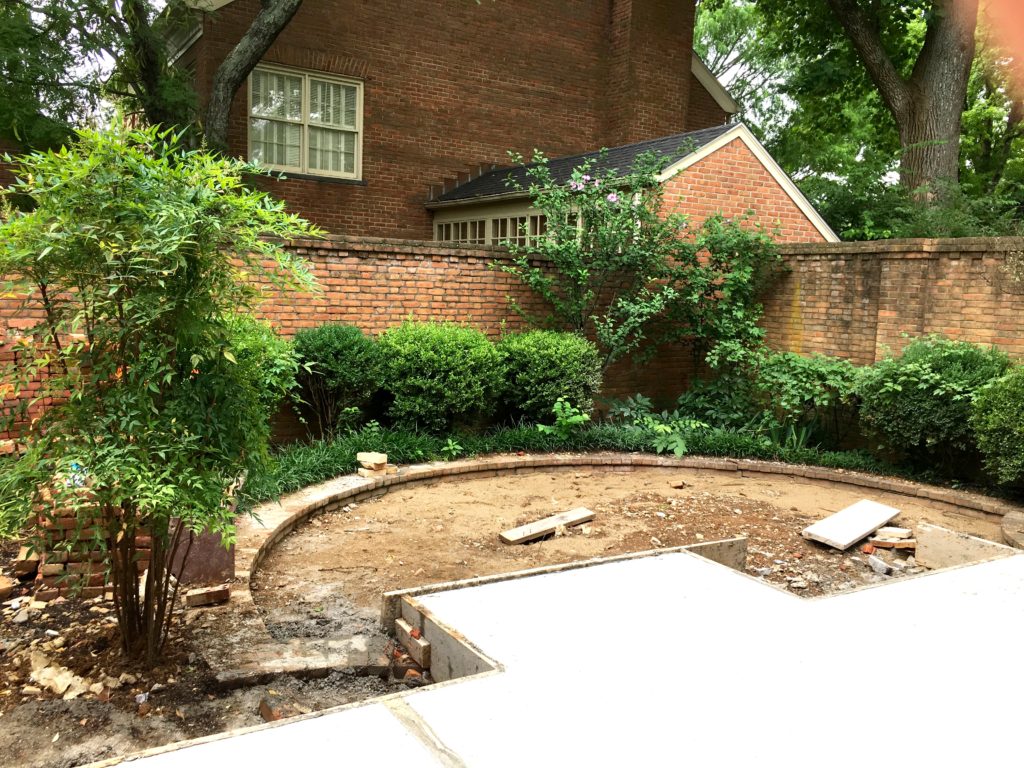 Here it is when we had just a concrete slab for the addition.  The area that sticks out is now our fireplace. 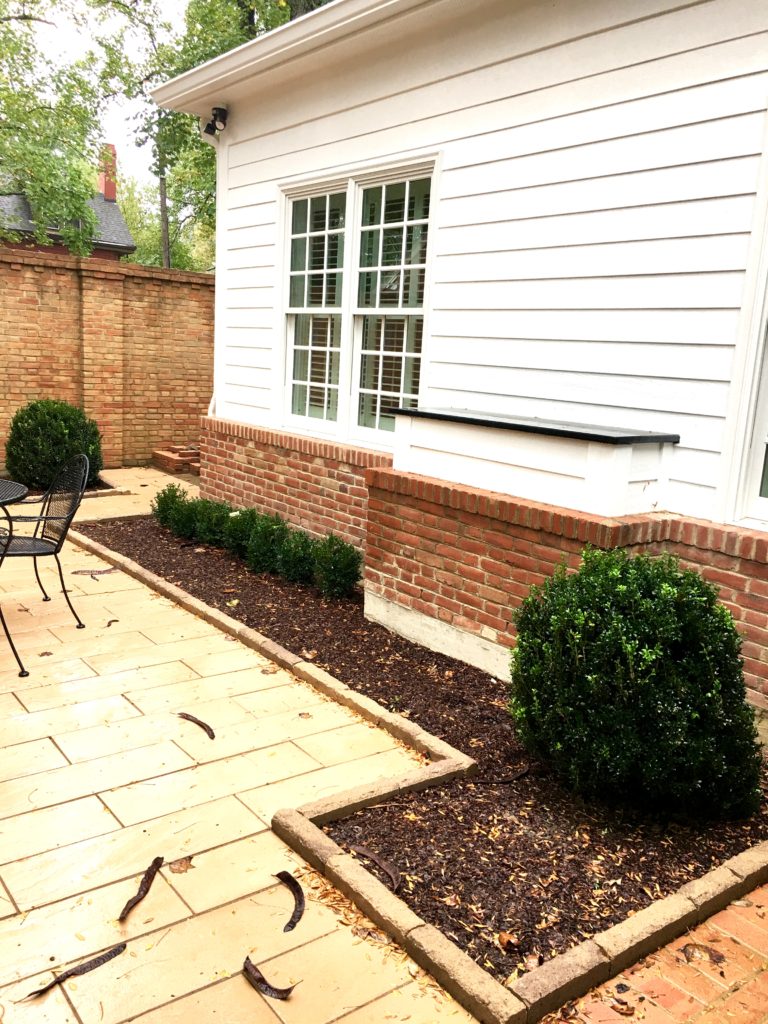 And here it was yesterday.  Many man hours of labor went into this project, and we really appreciate how it all turned out.  I am excited to see what it will look like next summer with flowers and a water feature.

Before Tour of the Courtyard