The biggest challenge that I have had with the new house is the paint.  I thought it would be so easy because I planned to use the same colors that we had in our last house.  They were soft and comforting and perfect.  I learned, though, that what looks good in one house might not work in another. 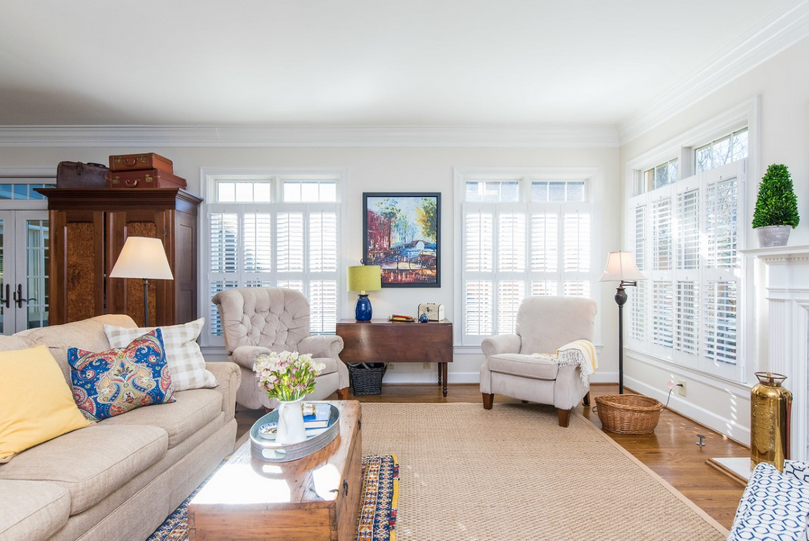 The color that we used in our last house was Sherwin Williams Stucco with 50 per cent pigment.  I think Stucco is the perfect neutral because it doesn’t have any unwanted undertones like pink or green or yellow.  It is a pure neutral.  However, it is a little deeper than I like so I just always had it mixed using less pigment so that it wouldn’t be as deep.  (That’s the best word I can think to use.) 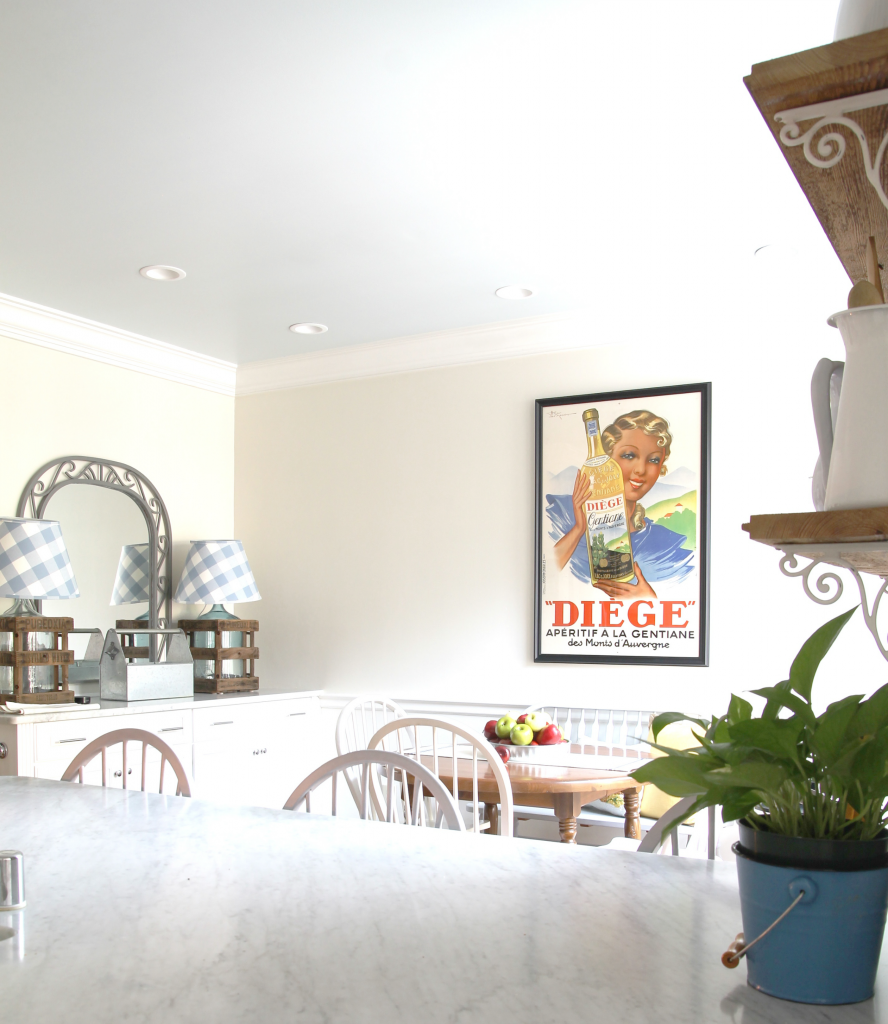 In our new place it has been perfect in the second and third floors with the SW Pure White ceilings and wood trim.  Just perfect.

However, at the urging of my decorator friend, we are painting the ceilings on the first floor the same color as the walls – Stucco with 50 percent pigment.  That will give the beautiful wood fireplace, baseboards, and crown moldings to stand out and shine.  The living room ceiling and Mike’s office ceiling are already painted that color, and most of the molding has been painted.  This same color, which was perfect in our last house, is looking way too dark in those two rooms.  (The addition and new kitchen are waiting for drywall so they haven’t been painted yet.)  It’s hard to believe that the paint in this photo is the same as the first two photos.  I checked the formula to make sure it was the same, and it is. 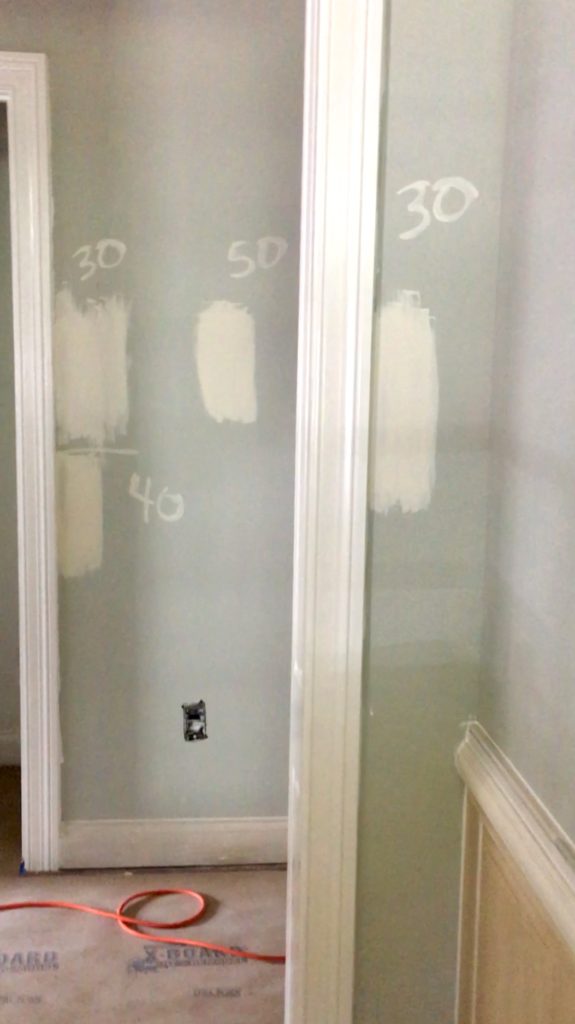 After losing too much sleep over these walls and ceilings, I bought three samples – Stucco with 50 percent pigment just to make sure they had used the correct formula, Stucco with 40 percent pigment, and Stucco with 30 percent pigment. (The gray background is primer)   I spent an afternoon applying those colors to various spots in the office, living room, and foyer.  You are probably wondering why I just don’t pick a new shade for the ceilings and skip the percentages.  It’s because I know this one is a good neutral.  It’s as simple and maybe as dumb as that. 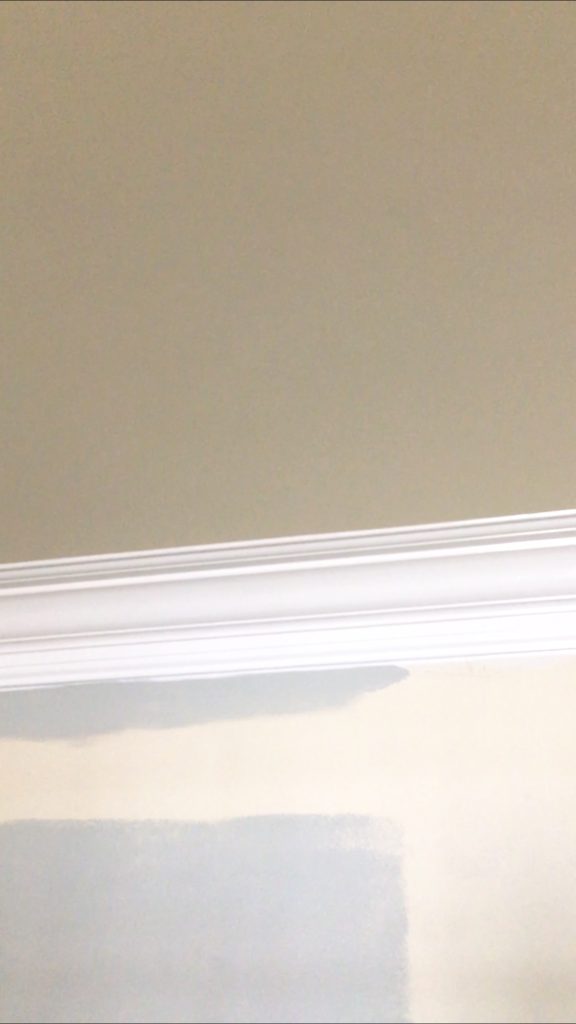 Then I realized what the problem is.  It’s those painted ceilings.  You can see in just this photo how much darker the paint on the ceiling is compared to the wall, and it’s the same color!!!  The living room gets the morning sun, and by mid-afternoon on even a very sunny summer day, it is very shaded.  (Remember, it’s in an historic neighborhood, and there are some big trees.)   The painted ceilings are casting a dark glow on the walls and throwing me off.  So, I have decided to go with white ceilings or maybe 30 percent pigment ceilings.  I know this will disappoint one person in particular, (sorry, Beth) but I have to live with it. 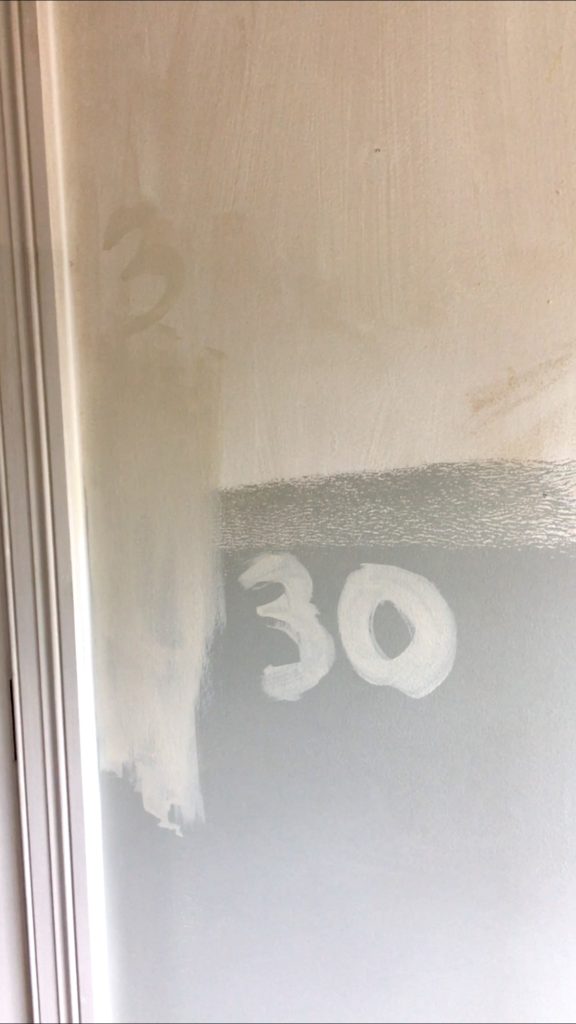 The painters have several five gallon buckets of the paint already mixed up, so I don’t know what will happen when I pick a color for the kitchen and addition (family room.)  I have a week or so to think about it.

And one more thing – I don’t want to be that person who keeps changing her mind.  I already had them change the bathroom paint colors twice because again what I thought would look right didn’t.  Oh dear.

Thanks for coming along on this house remodeling project with us.  I am so ready for this to be over.

Should We Paint This Brick?

Paint Colors for Our New Place