Hello, everyone.  We have missed you.  Since July 4th is our family’s big holiday of the year (along with Thanksgiving,) we had everyone here last week.  That means our little temporary two bedroom apartment was home to our two adult children, their spouses, and our two adorable granddaughters.  It was cozy fun.  Mike and I actually went to a hotel each night so that everyone had a bed to sleep in.  Lexington goes all out for July 4th, and we did as many activities as possible.  It was All-American fun dressed in red, white, and blue. 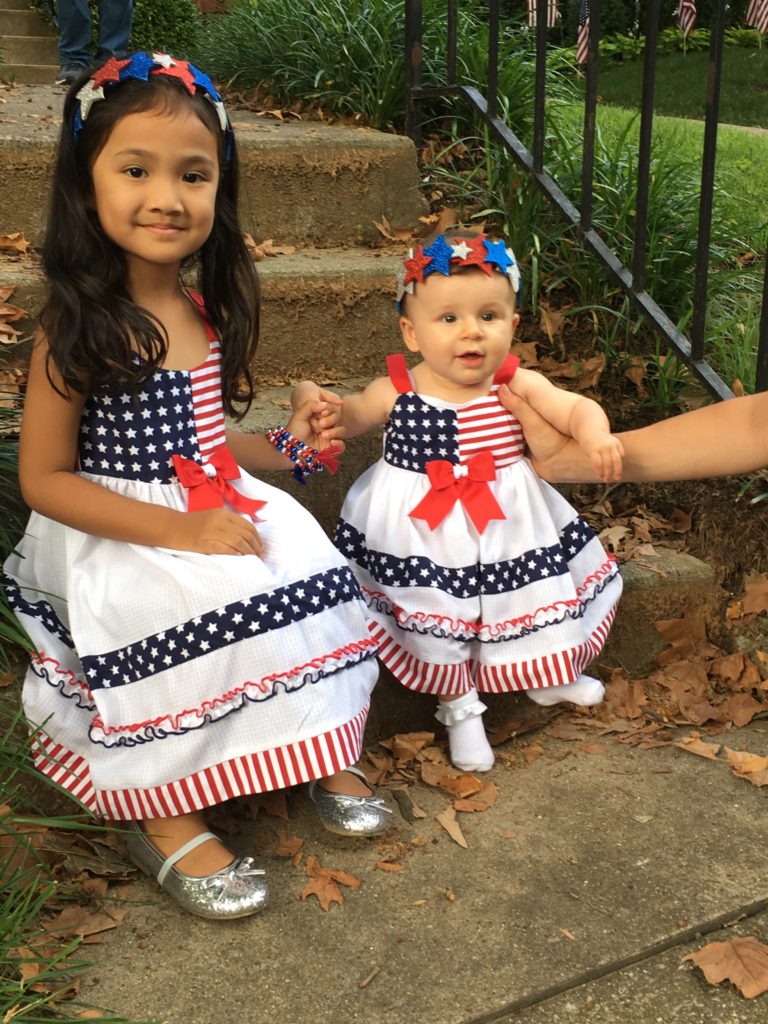 We started out our celebration by attending the annual July 3rd concert which was held just a few blocks from our rental.  Thousands attend so we saved our space early in the day with a 9 x 12 drop cloth.  Even though the concert doesn’t officially begin until 8:00, people show up very early to get a good spot.  We were able to enjoy a traditional brass band, and Little Miss danced her heart out to their tunes.  The philharmonic orchestra was the concert’s headliner. 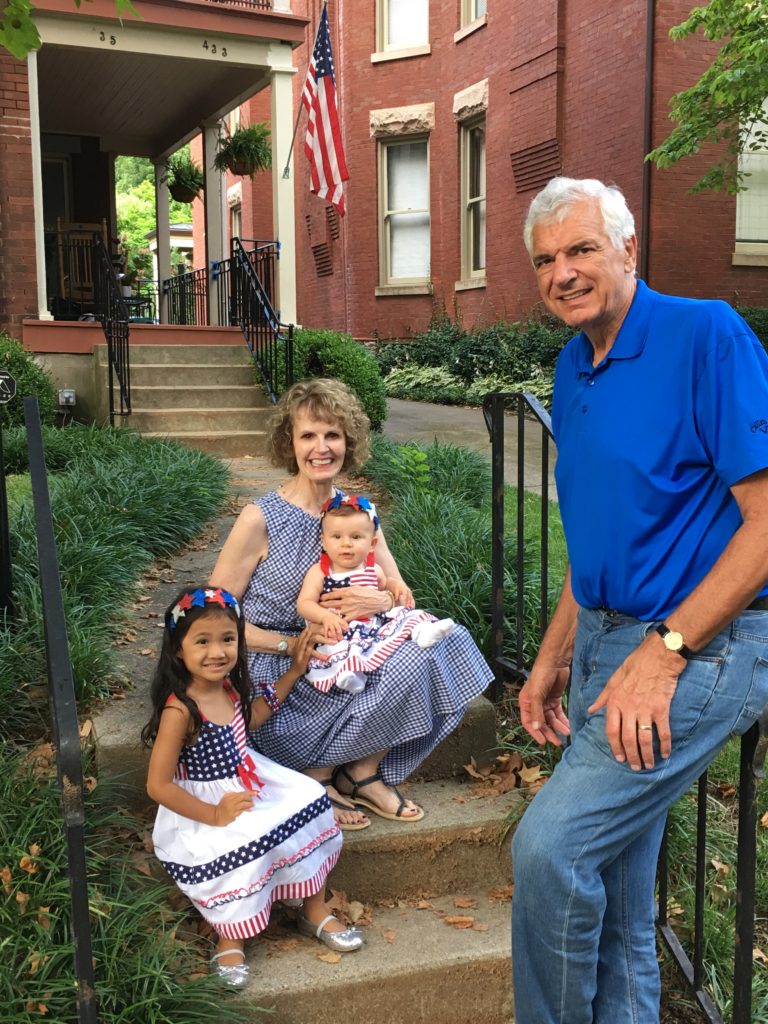 At 6 p.m., we loaded up our cooler with picnic goodies, grabbed our lawn chairs, and walked to the concert. 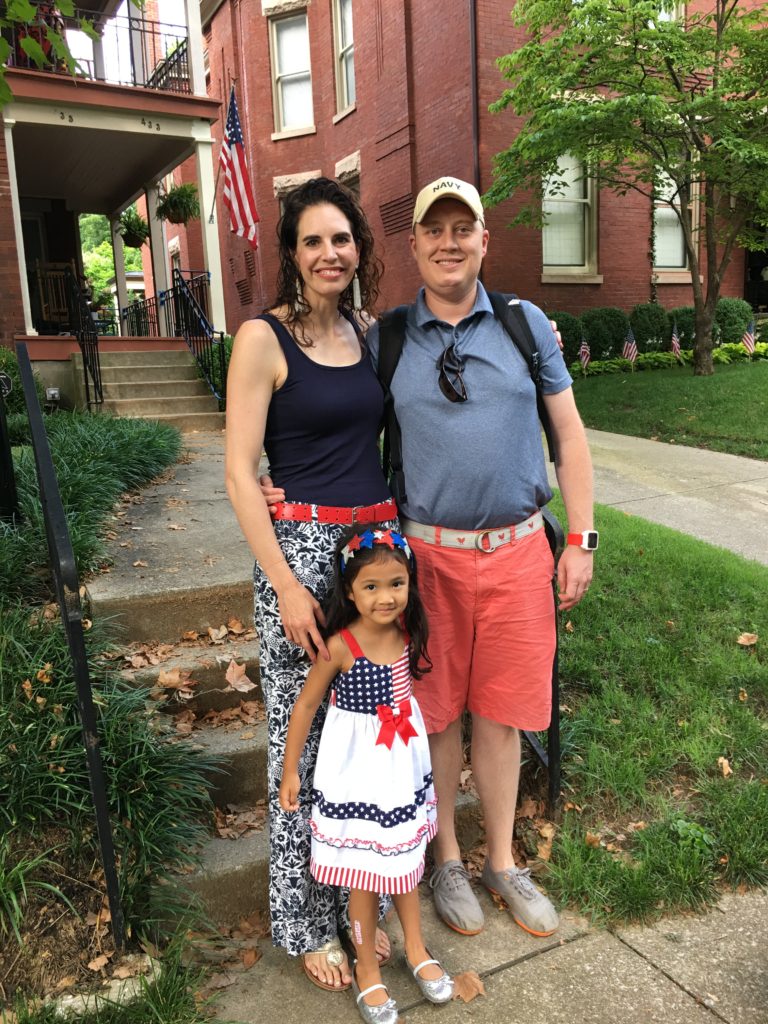 We were there in plenty of time to enjoy our delicious food and enjoy all of the excitement. 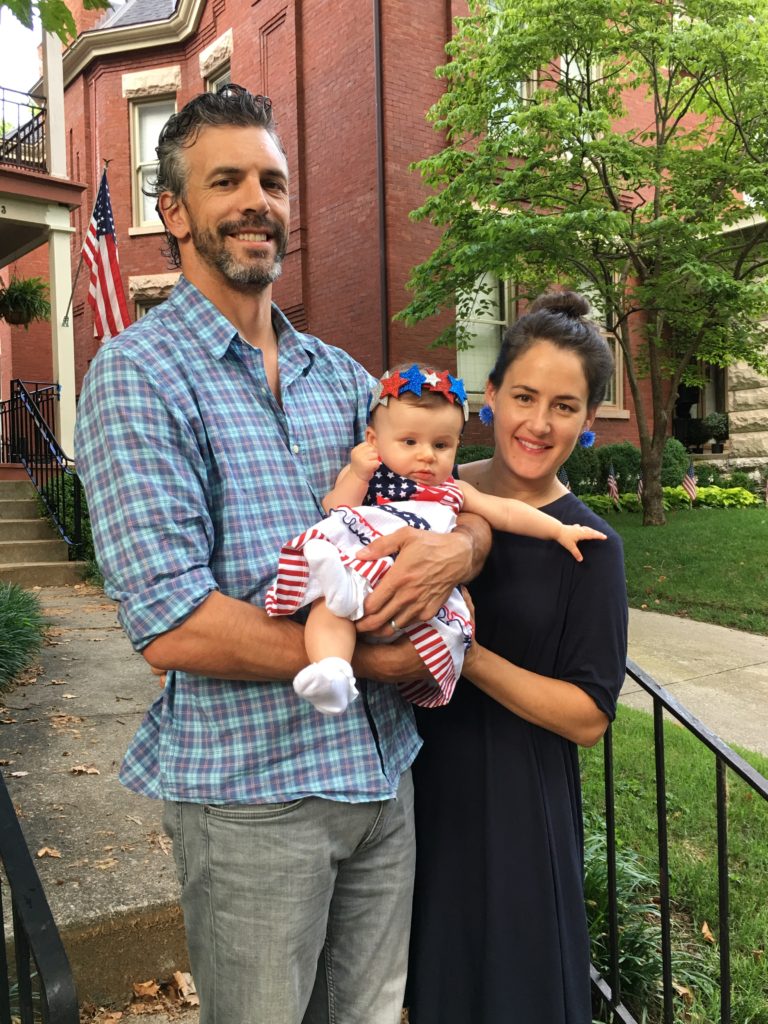 Our son arrived without his luggage from a 30 hour flight from Taiwan, where he was overseeing basketball camps, just two hours before we headed to the concert.  To say he was totally jet-lagged is an understatement, but he was a good sport and happy to be reunited with his girls. 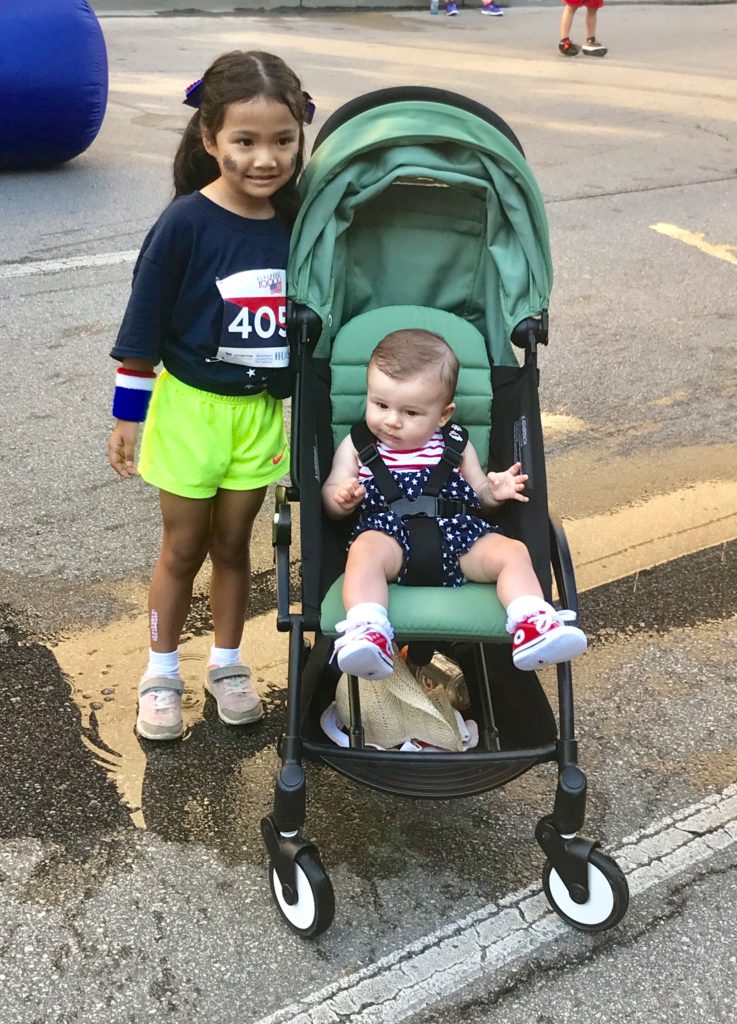 The next morning we were all out the door by 7:30 so the men could run the 10k race, and the little girls could participate in the “Fastest Kid in Town” race.  It was boiling hot, but we still had a great time.  Because of the heat, we decided to forego the July 4th parade which was scheduled for mid-afternoon. We had our annual cookout, and ended our festivities that night by walking to a spot to watch the fireworks which received a lukewarm reception by the majority of the viewers. 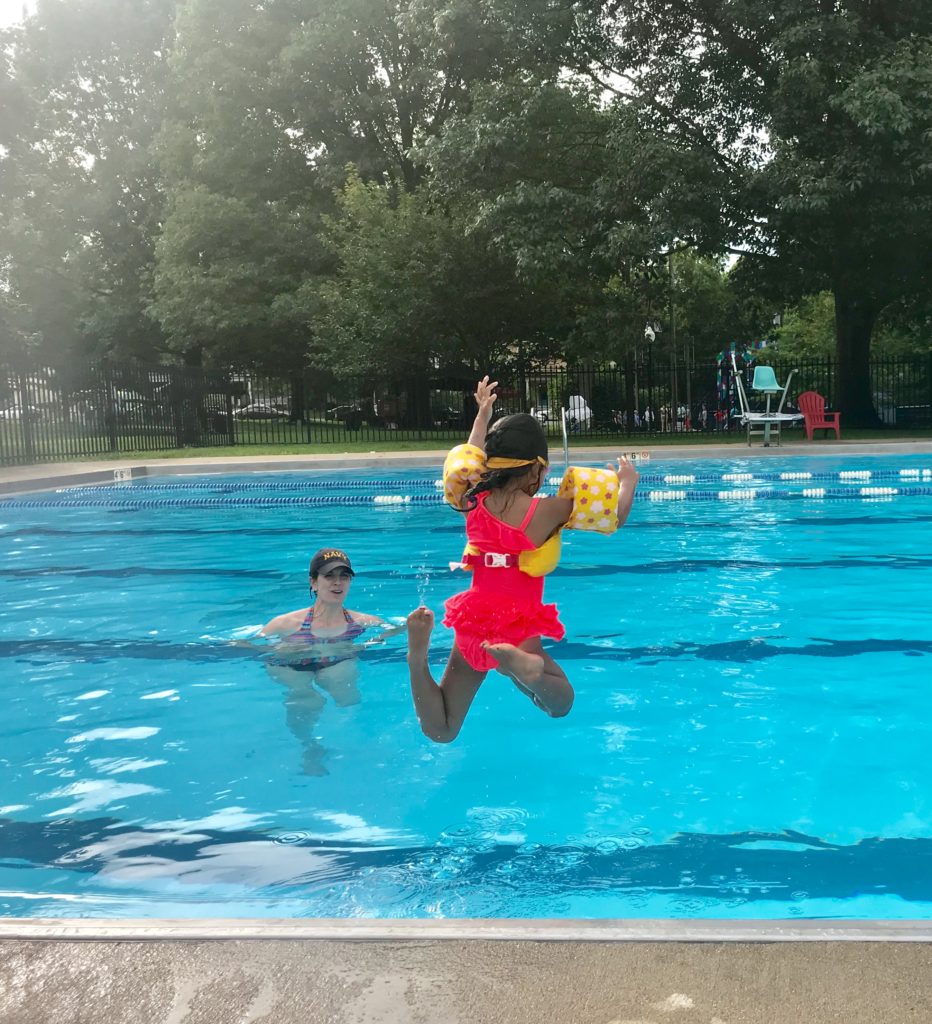 We also had plenty of pool time so Little Miss could hone her mermaid skills.  We went to movies, had afternoon tea, and toured the Toyota manufacturing plant near here.  It’s the largest car factory in the world. 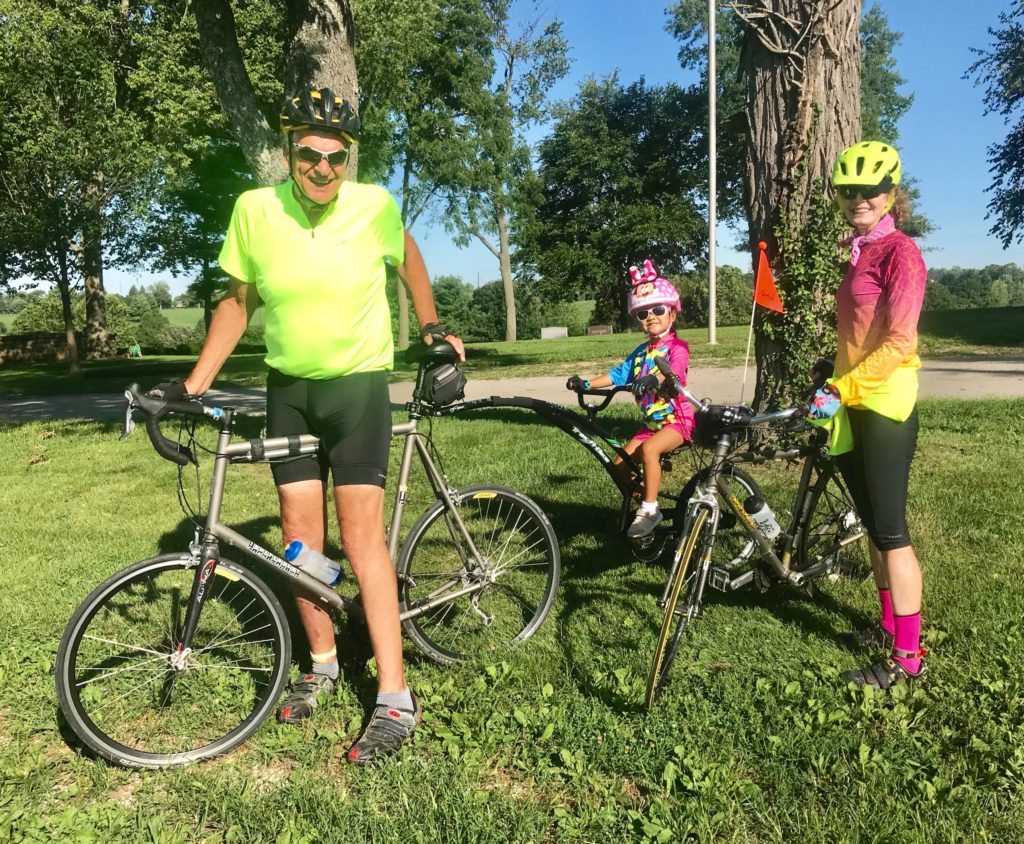 We ended the celebration by all participating in a bike ride and fun walk fundraiser at the church where Jordan and Yankee were married.  Everyone got in on the action.  Grandpa bought a bike attachment for Little Miss, and she rode 18 miles on two separate days.  He has plans to get Baby Girl into a bike seat as soon as possible.

We have a crazy week coming up with lots of new house related meetings and purchases.  We will have an update for you tomorrow.  Till then you can catch me watching the Tour de France, one of my all-time favorite things to do.

A Big Week – A Bicycle Tour, The White House, and A Marathon

July 4th in the Kitchen