I recently attended a garden party in a garden that I have wanted to see for a long time.  The party was held at the home of Jon Carloftis and Dale Fisher. Their house and garden was everything I hoped it would be.  I have known Jon for years, but we have been out of town many of the times that he and Dale have hosted events.  You can get a tour of the historic house here.  We have featured his mother’s home and garden, which he landscaped, on the blog.  You can see that tour here and here. (Sorry about the photography, but those posts were written early in our blogging days.)  Jon’s and Dale’s home is name Botherum, and it has been featured in practically every major magazine. 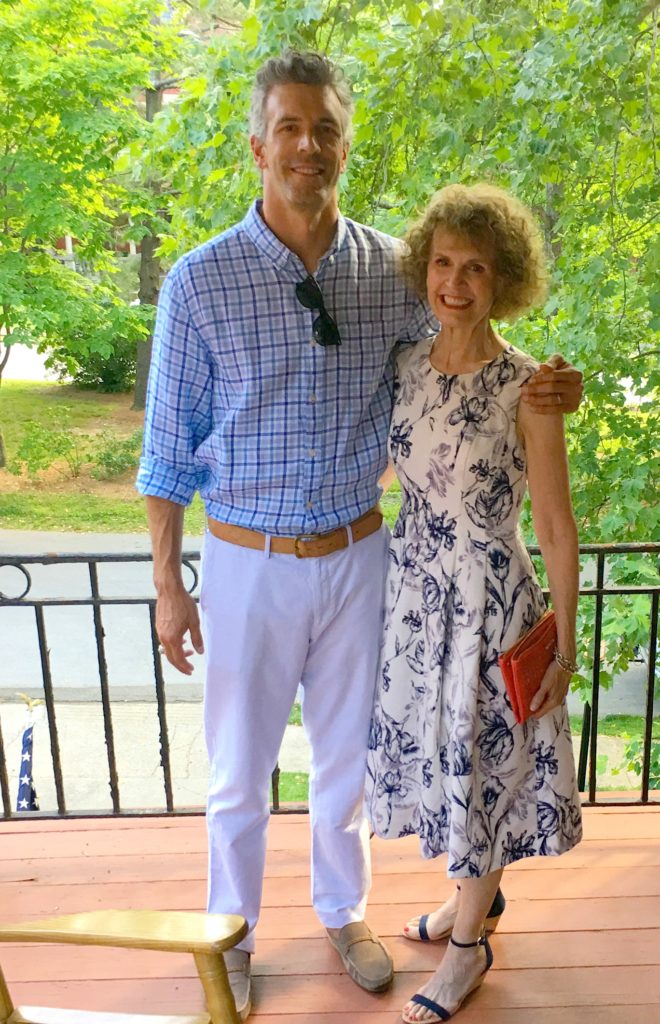 The party was a fundraiser for the Bluegrass Trust and was given in honor of designer Ray Booth, who has written a book called Evocative Interiors. We received a book, and it is just lovely.  Ray will be the featured speaker at the Bluegrass Antique Show next March.  The BGT is an organization here in Central Kentucky devoted to promoting the preservation of historic farms and homes. 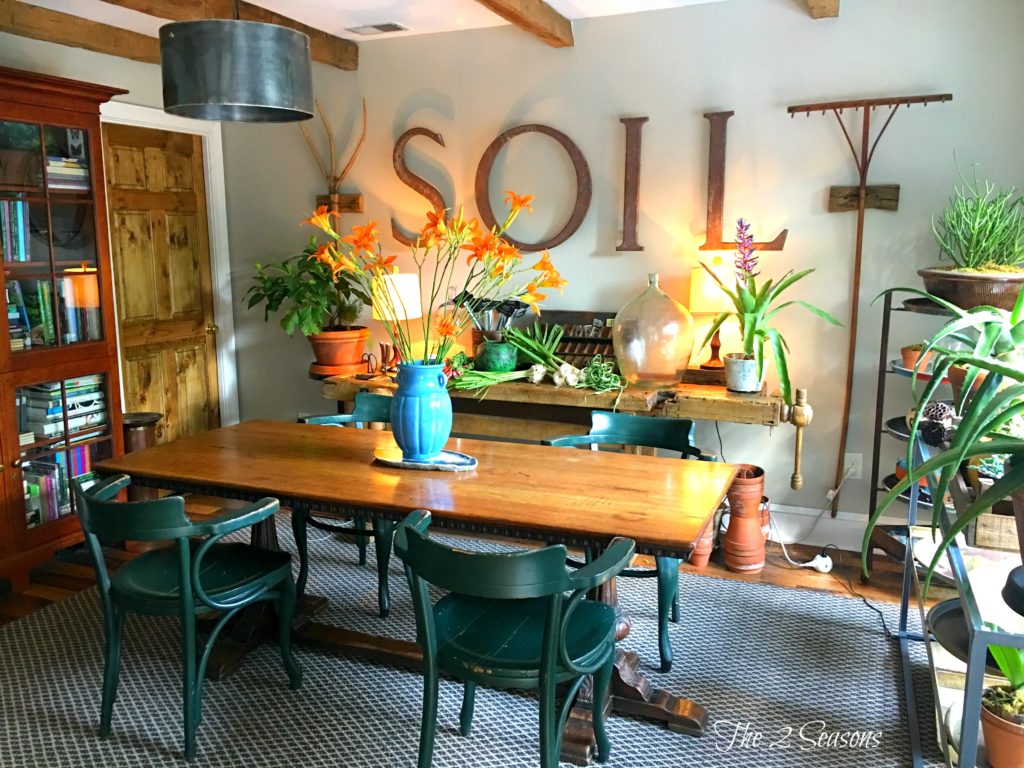 I didn’t want to be that person who walks around with her eye in the camera rather than enjoying the moment, so I just took two quick snaps in the pool house when others weren’t there.  Jon grew up the youngest of six children in the country, and he stays true to his roots (pun intended) in lots of his decorating.  Plus, he keeps in mind the fact that he is an award-winning landscape designer.  Both men have excellent taste and an eye for just the right piece in the right place. 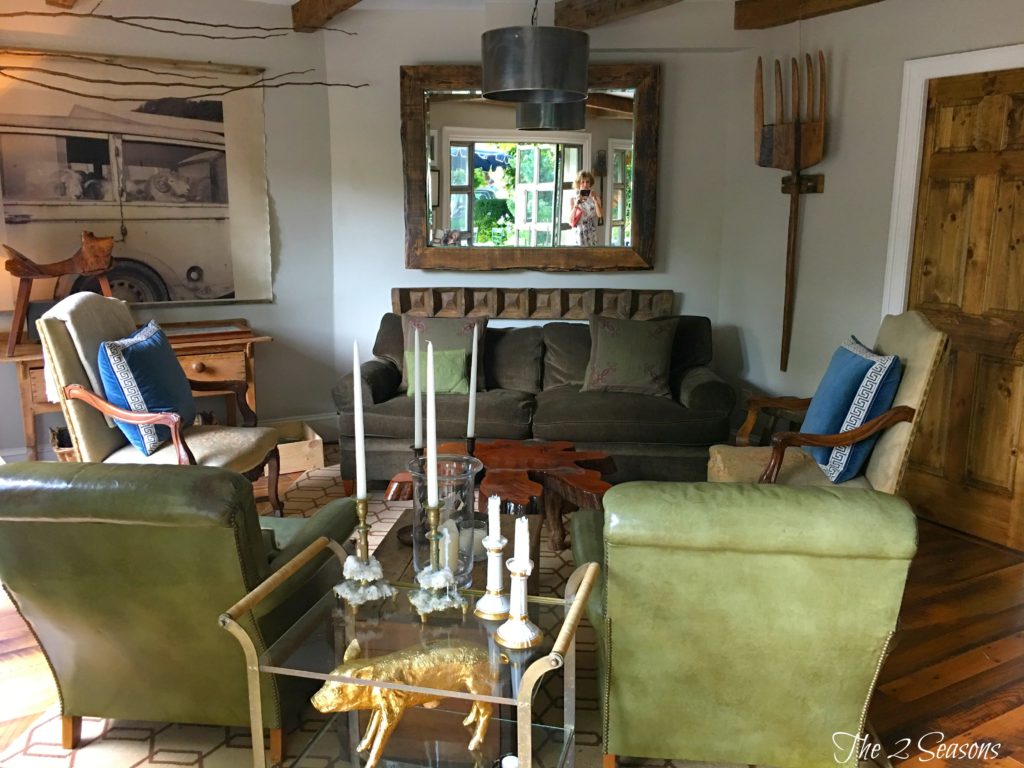 Botherum underwent a long and extensive renovation (I can relate to that.)  Jon and Dale lived in the pool house during that time. It was a building already on the property, and they redid it first.  This looks like a nice pool house, don’t you think? 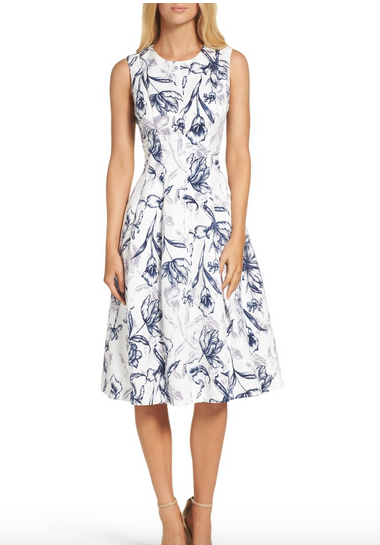 I bought this dress to wear.  I am so glad because it was a very hot and muggy evening.  The adorable dress would also be perfect for a wedding, date night, or lunch with the girls.  It’s comfy, and summery, and cool.  I am a big fan of the Eliza J brand and have several by that company.  I wanted to carry my bright yellow purse, but it is in storage, so I went with a coral.  I paired it with similar navy wedges.  Since it was a garden party, I wanted to wear a wedge rather than a heel because this girl did not want to sink into the grass.  If you do want to wear your heels and walk in grass, these heel protectors are great for that.  They keep your heels from sinking into the soil.

We had delicious drinks.  I had a grapefruit based drink mixed with vodka and seltzer water.  The other drink of the evening was a cucumber cocktail topped with vodka and prosecco.  The cucumber based drinks were served with silver drinking straws.  What a special touch that was! They couldn’t use silver with the grapefruit juice because there would have been some kind of chemical reaction with the grapefruit and the silver. 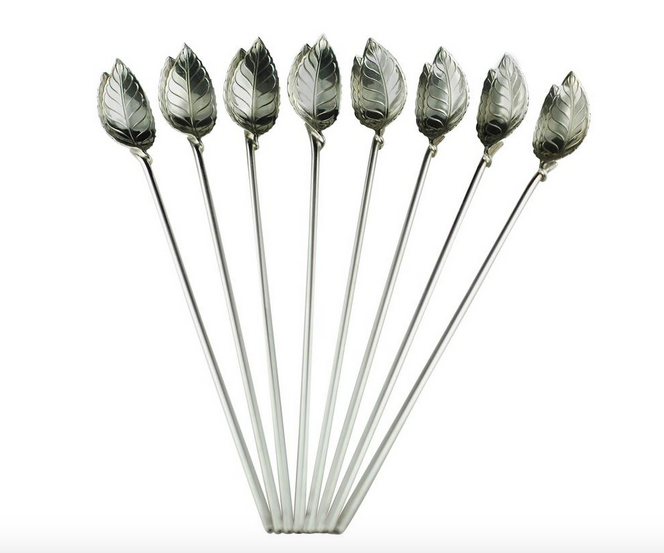 I wanted to find some silver straws to have in our new bar, so I did a little internet search.  I found these, and they are very similar to the straws used at the party.  They are by Tiffany and are vintage.  They had already sold and were all sold as one unit. 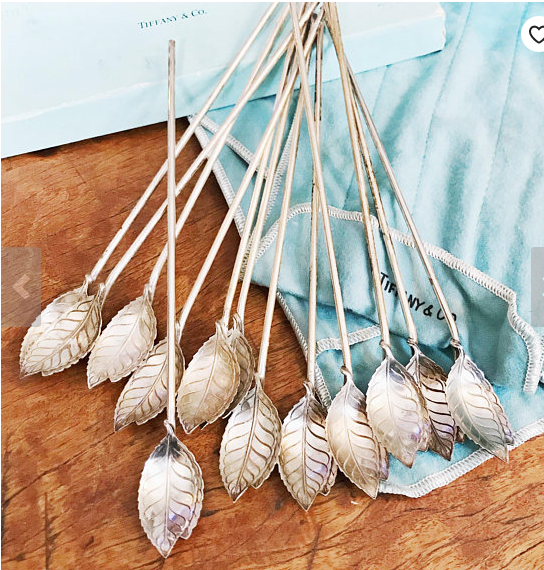 Then I found these Tiffany straws on etsy.com, and they are being sold separately, but there are only three remaining.  I can tell you that they are beyond my straw budget, but a girl can wish. 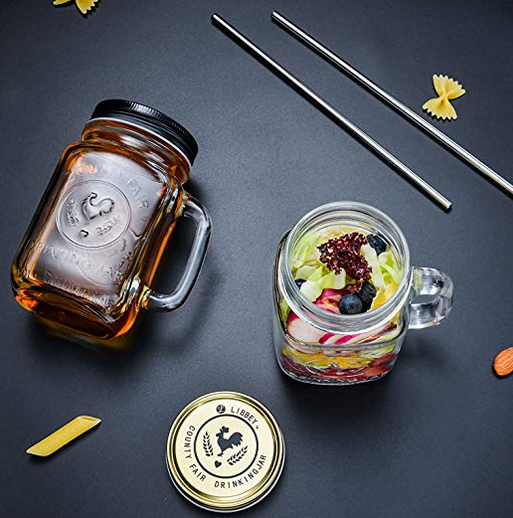 But I found a close substitute that checks many of the boxes.  So, to get the same silver effect, I will buy some of these straws and “fool the eye.”  These stainless steel straws will have the same look on the top, minus the leaf on the bottom, that the Tiffany straws have.  You can’t readily see the leaf anyway.  Plus, they are environmentally friendly.  Since it’s not a good thing to use plastic straws these days, and since I think the paper straws aren’t so great, the stainless straws will work perfectly.

I loved every single thing about the garden party – the house, the food, the guests, the drinks, the weather, my date, and their darling golden retrievers, who are lovingly called “The Girillas.”  I have decided to move into the pool house.  They can keep the main house.  Just give me the pool house, and I will be just fine.

Art in the Alley Party