A vintage poster has been on my wish list for as long as I can remember.  When I first saw actual old posters, both from Europe and America, years ago, my heart did a little skip.  I was at the annual Bluegrass Trust Antiques Show here in Lexington, and a vendor from “up north” had a beautiful display of colorful posters from the early decades of the last century.  Some advertised wines and spirits, some were old movie ads, some promoted European travel, some were for food, and some were patriotic.  I didn’t know which kind I wanted, but I knew then and there that I wanted one.  The only thing I didn’t love about those colorful posters was the price tag.  They are quite pricey, unfortunately.  Since there were other things more important than vintage posters back then, like paying for private school, saving for college, clothing the family, owning a vintage poster took a back burner………. 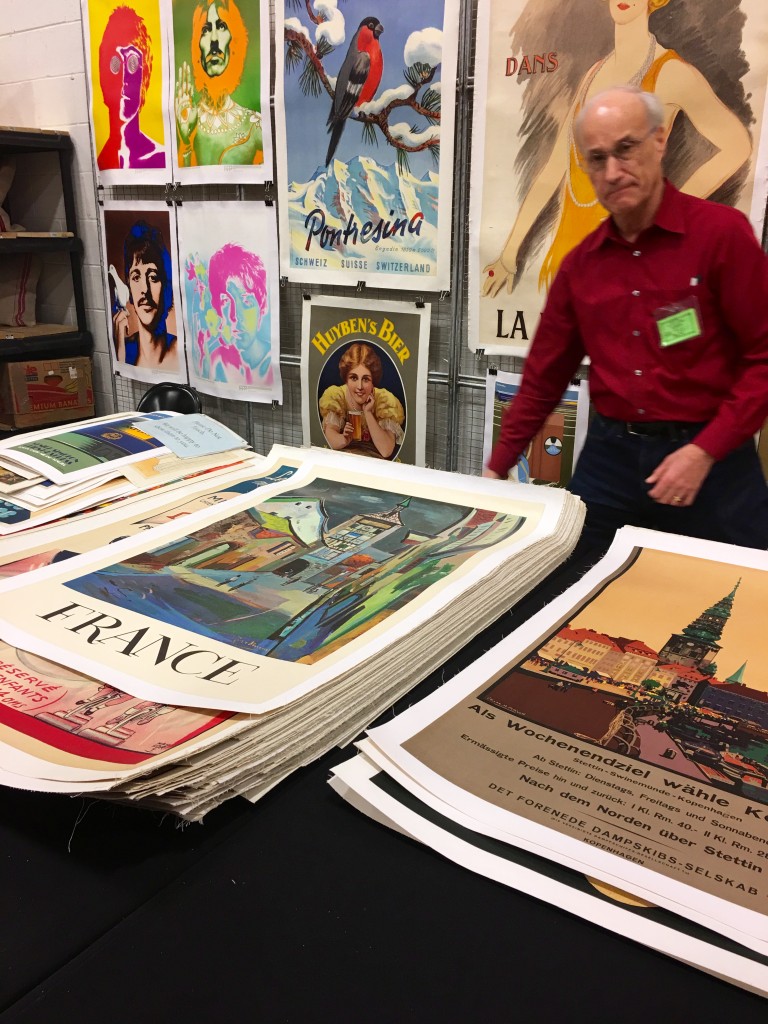 ……..until now.  Do you remember when I wrote about my daughter-in-law Josie and me going to the Big Flea near her home in Washington, DC last January?  Well, there were two vintage poster sellers there, and we had a great time looking at the selections from both vendors. I happened to be in DC in late July for a wedding and a concert and the Big Flea was going on again.  It was a total coincidence.  Josie and I spent Sunday afternoon there, and this time I had a mission.  I was ready to buy a vintage poster. 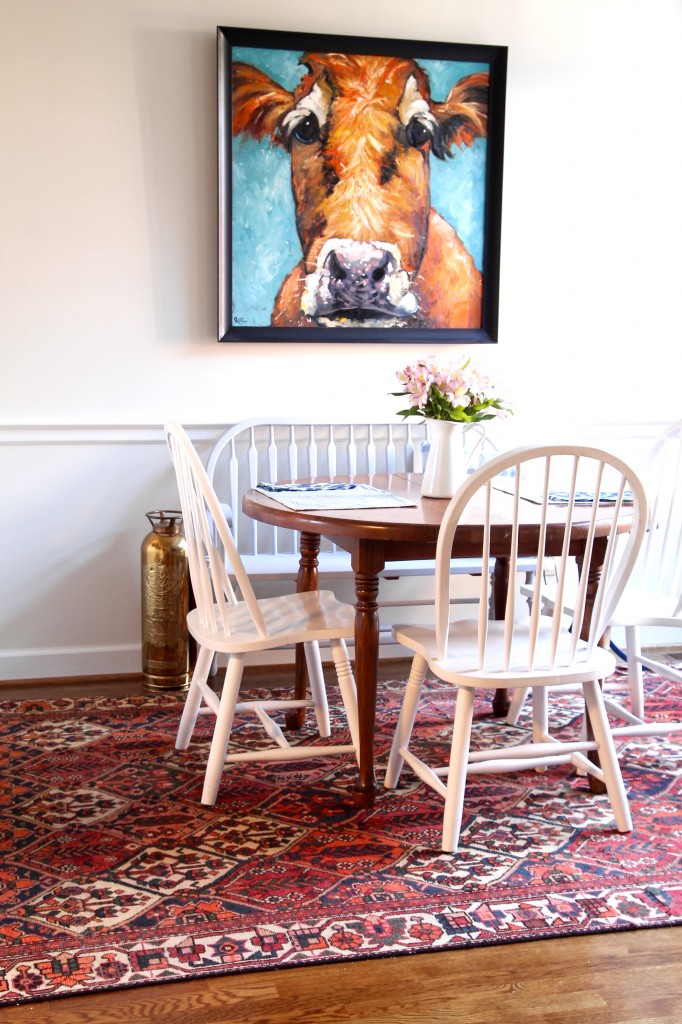 Even though our cow painting Lulubelle is my favorite painting in our house, I felt it was time to give her a little rest from overseeing all of the happenings in our kitchen.  I was ready to replace her with a nice, colorful vintage poster.  Don’t worry.  She has moved to another spot in the house, and I think she looks great.  I’ll share soon.

When I was shopping for the poster, I knew I wanted it to be food or spirits related.  We aren’t big drinkers by any means, but there’s a bigger selection of alcohol related posters.  Josie and I spent a long time looking at the posters that were available that Sunday.  Since many talented but starving artists helped pay their bills back in the day by creating posters on the side, the artwork is really great.  Plus, it’s like taking a step back in time to see what was important enough then to earn a poster. 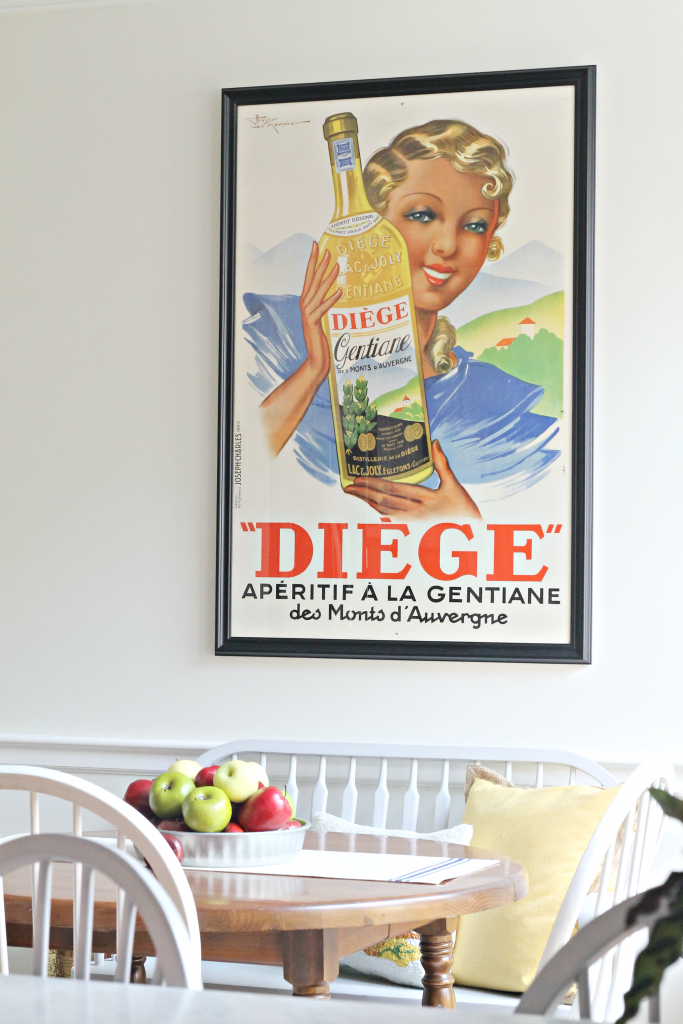 I picked out this colorful kitchen poster of a beautiful blond lass holding a big bottle of liqueur.  It was between her and another wine poster featuring lots of grapes.  However, it was dark, and it was also several hundred dollars more. 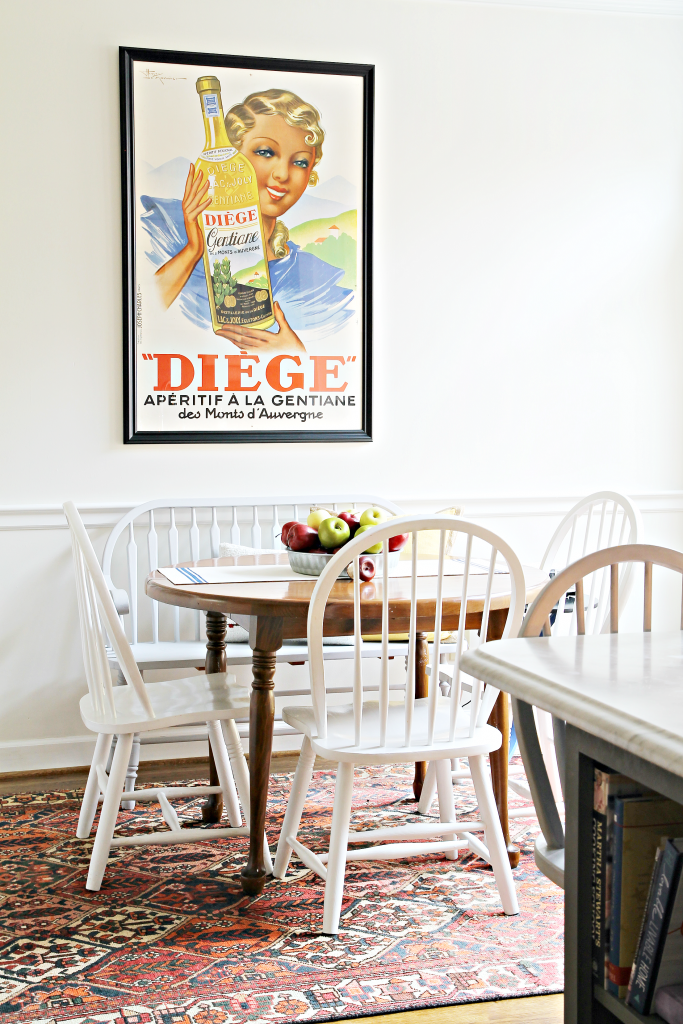 After buying this one, I questioned my choice for several months.  It’s really large measuring 30 x 40 inches, and after getting her framed and hung, I think she adds a great touch of whimsy to our kitchen.  And by the way, I have named her Polly after P.J. Harvey.  I went to my first P.J. Harvey concert at Wolf  Trap the week-end that I bought the  poster, and the name just seemed right.  (The P stands for Polly.) 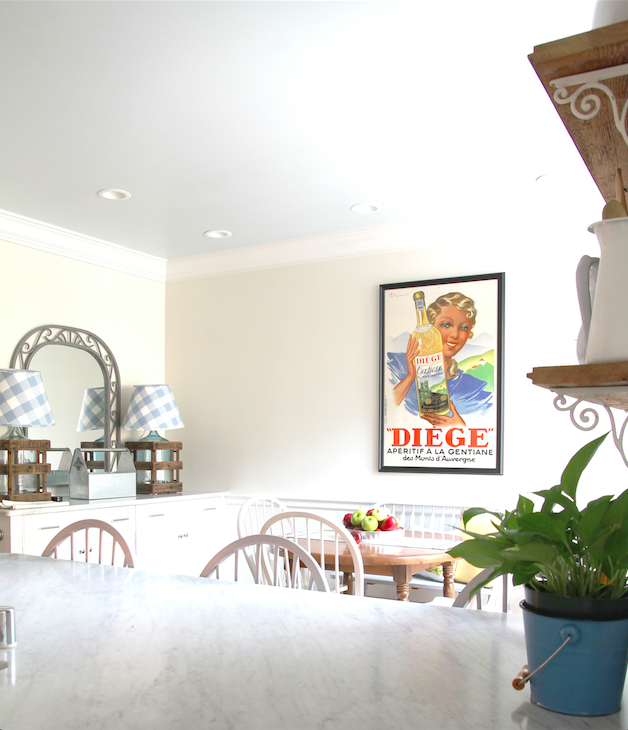 So, Polly is now filling in for Lulubelle.  That doesn’t mean it’s permanent, though.  She would also look great in our bar area, and if she ever gets moved there, Lulubelle will come back.

Some New Vintage in the Dining Room