We eat a lot of salads around here.  When the family was here for the holiday week-end recently, I sometimes served three salads as side dishes to the main entree.  My daughter-in-law Josie let me borrow one of her favorite cookbooks called Love and Lemons.  It’s a beautiful cookbook loaded with recipes using fresh ingredients.  I found the recipe for corn and tomato salad in the book.  Well…….in the book it’s called corn, tomato, and mozzarella salad, but instead of mozzarella, I used feta.  So, I had to change the name up a little.  Two foods say summer to me – fresh corn and basil from my herb garden.  Since this salad had both, I loved it.  In fact, I sneaked into the kitchen before bedtime and ate up the little bit that was left.  I didn’t want to risk missing out on it.

I did a few things differently from the recipe.  I cut the corn from the cob and sauteed it in a skillet with 1 teaspoon olive oil.  I did not chop the spinach leaves, and as mentioned above, I used feta instead of mozzarella.  Also, I doubled the recipe so that it would serve eight.  The original recipe serves four. 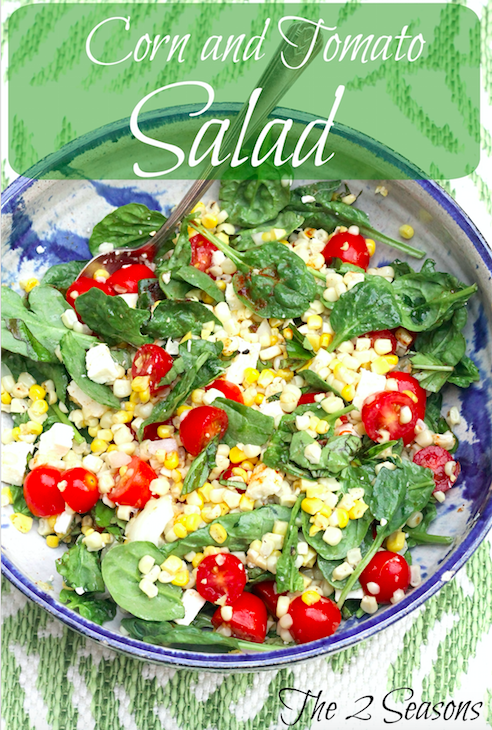 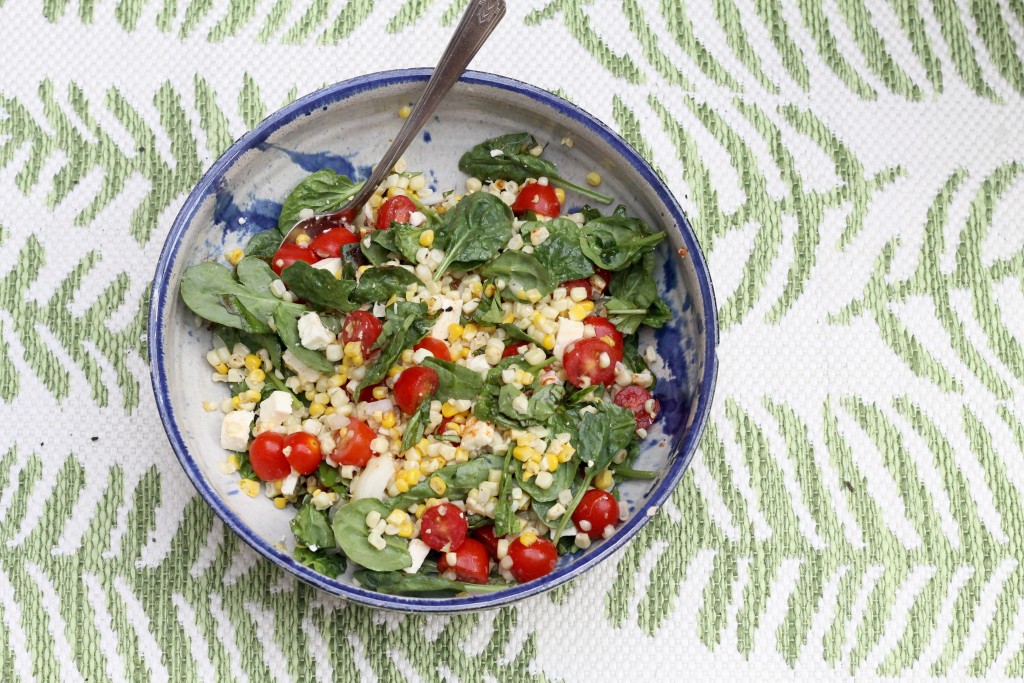 I think you will enjoy this salad.  Thank you for stopping in.  We will see you back here tomorrow.