Recently Mr. Right and I led our annual volunteer vacation, and this year we went to Cuba.  If you are new here, let me give a little explanation.  For the past 18 years, Mr. Right and I have gone to a third world or developing country to do a project for the less fortunate.  We started out building houses through Habitat for Humanity, and then we became trained leaders.  We then broke off on our own and have led a group of friends to some really cool countries.  We have built houses, repaired orphanages, worked on schools, built playgrounds, repaired apartments, and more.  Since going out on our own, we, along with Jordan, have volunteered in Egypt, Zambia, Laos, Burma, Argentina, India, Colombia, and this year Cuba.  (Jordan couldn’t go this year since she has Little Miss.)  Each year Mr. Right and I pick a country that we would like to visit or like to return to, and we locate an agency there that puts us in touch with a needy organization.  Mr. Right makes a preliminary trip to the country to meet up with the group we will be helping.  He learns about their needs and comes up with a plan for our group.  There are normally about 20 of us, and we are from all over the country.  One even comes in from China where he works.  We are very diverse. We meet up in the country and have a great time working on the project, being with each other, meeting the locals, seeing the sites, and learning about how others live. 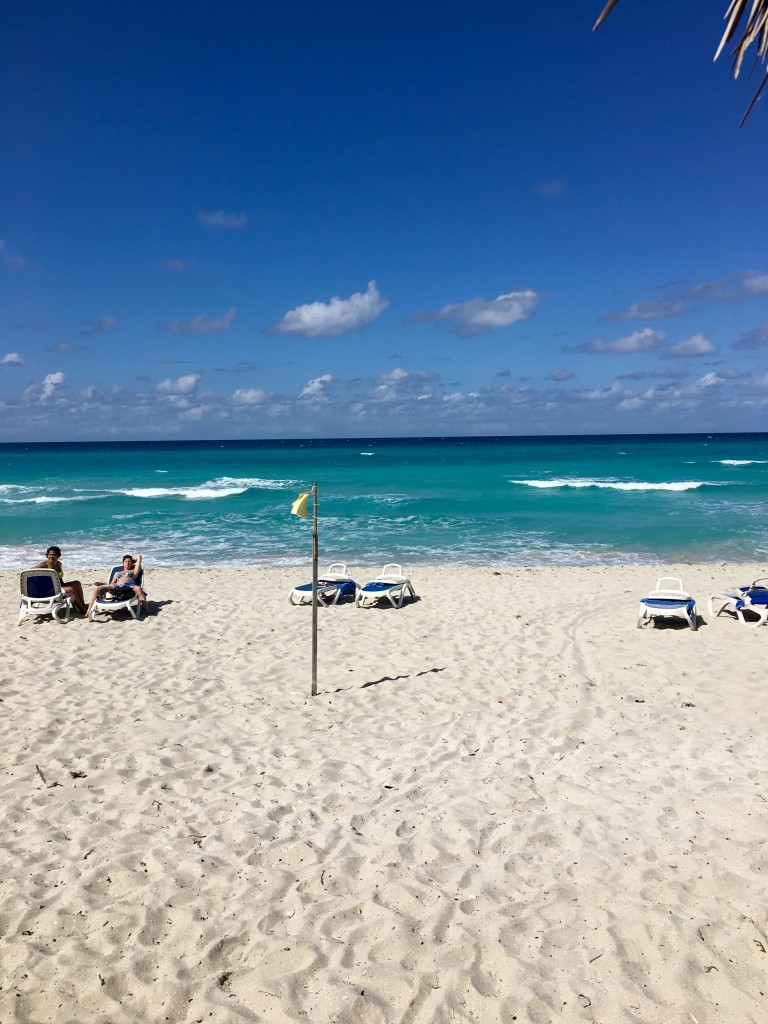 I am going to devote this post to the project that we worked on.  Then I’m come back later and show you what we did and what we saw in our spare time.  I want to let you know that Cuba is beautiful, and the people were wonderful.  They are very poor.  The average worker earns 20 to 25 dollars a month.  You read that right.  People working in the tourist industry make more.  There are professionals like doctors and lawyers working in tourism because they make more money.  There is not a lot to buy, and there is not a lot of variety on foods that are available for them to purchase.  We stayed in Varadero, which is a tourist area, and this is their beach.  It was breathtaking.  We traveled about an hour each way to get to and from our project. 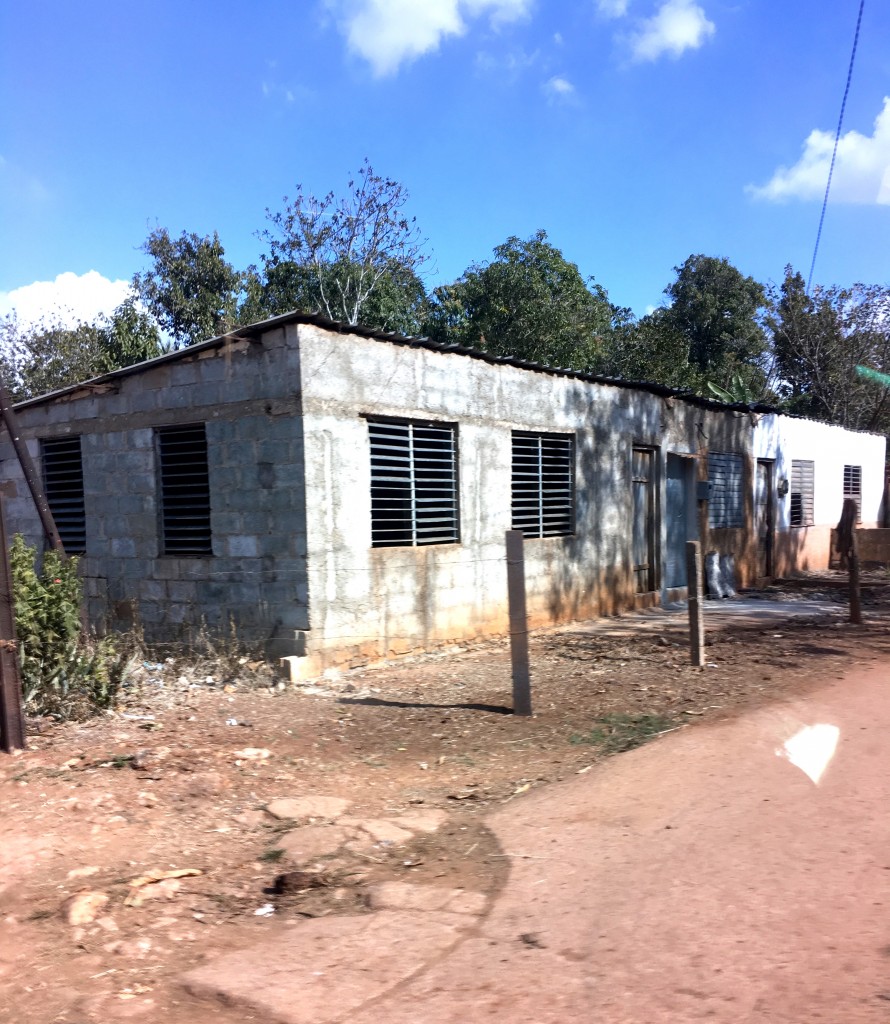 These are some of the houses in the village where we worked. 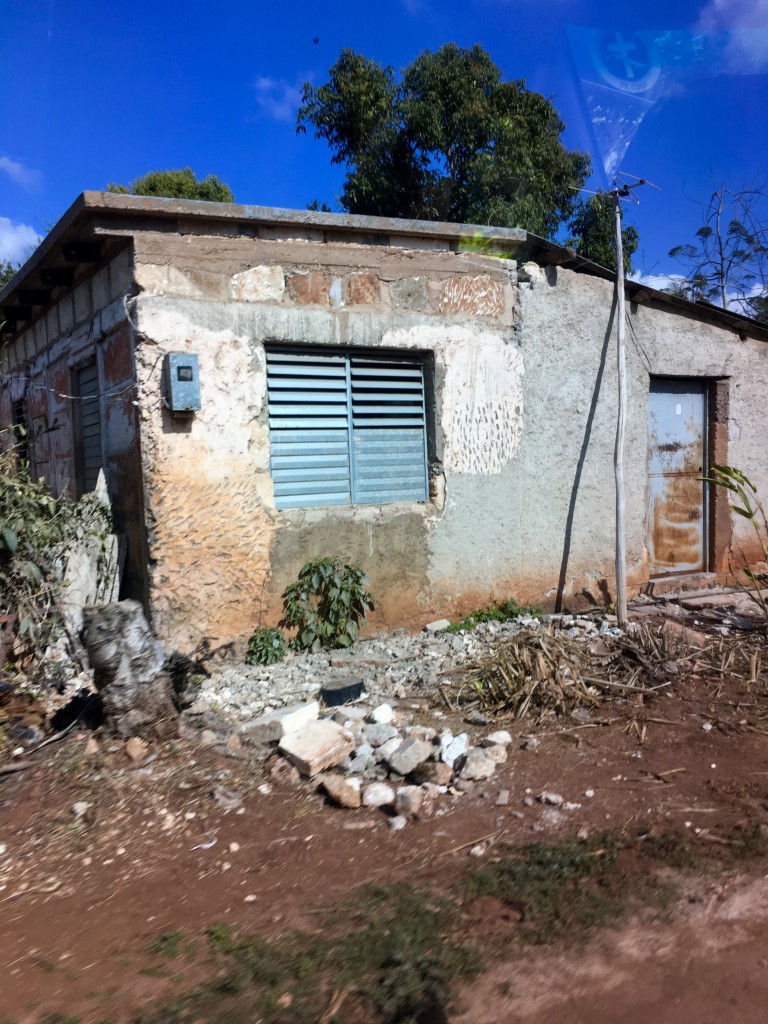 Thankfully, this one was unoccupied. 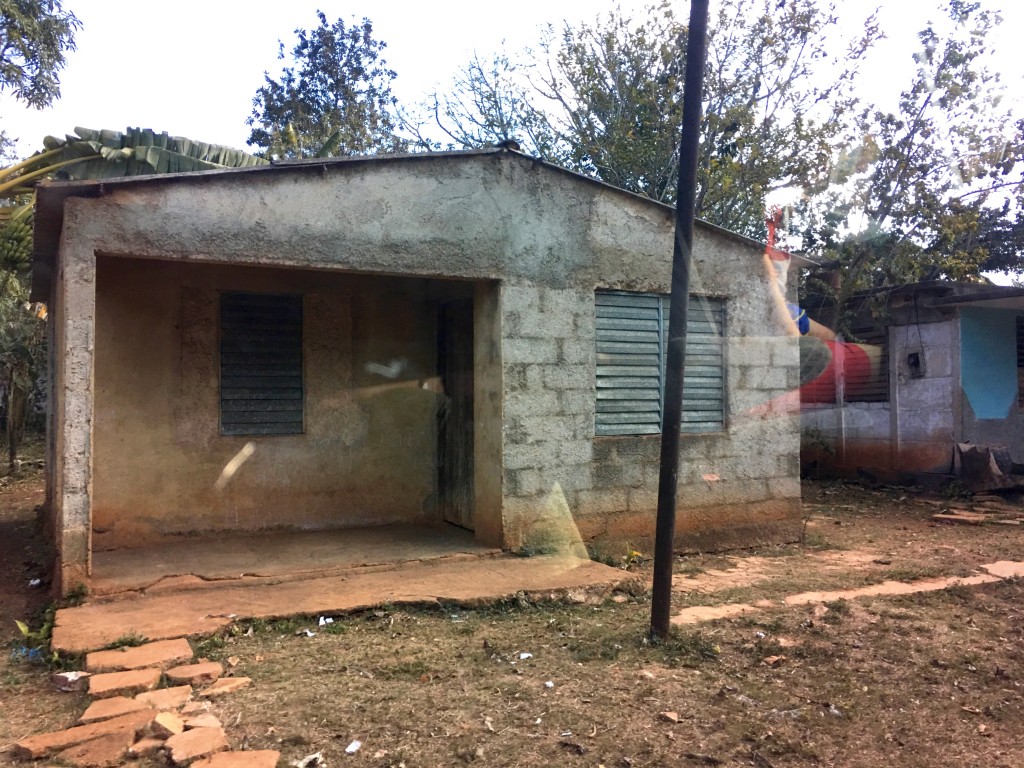 The houses are mostly made from concrete blocks, and the interiors would be a sitting room, a bedroom or two, and a kitchen.  Because it is always hot there, some people have their kitchens outside on a back porch.

The center where we were based is a non-profit set up by a man named Willie.  They provide food from their garden along other necessities to the needy. 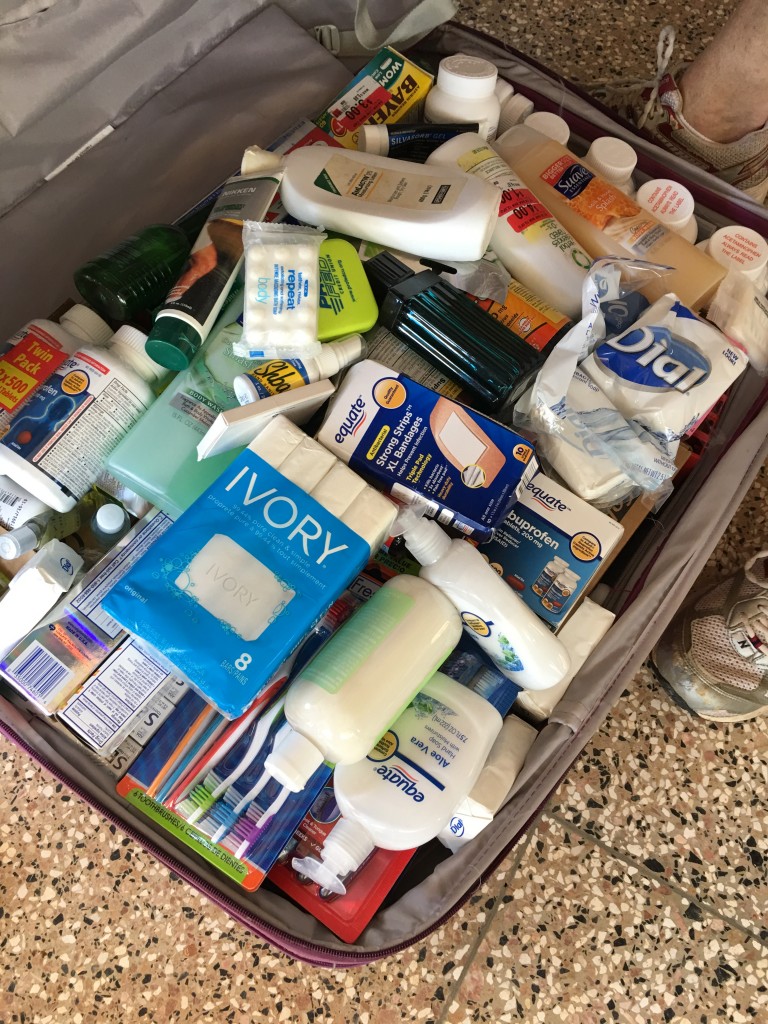 We knew ahead of time that they were in need of just basics items like deodorant, soap, toothpaste, etc. So, our group brought suitcases full of those things. 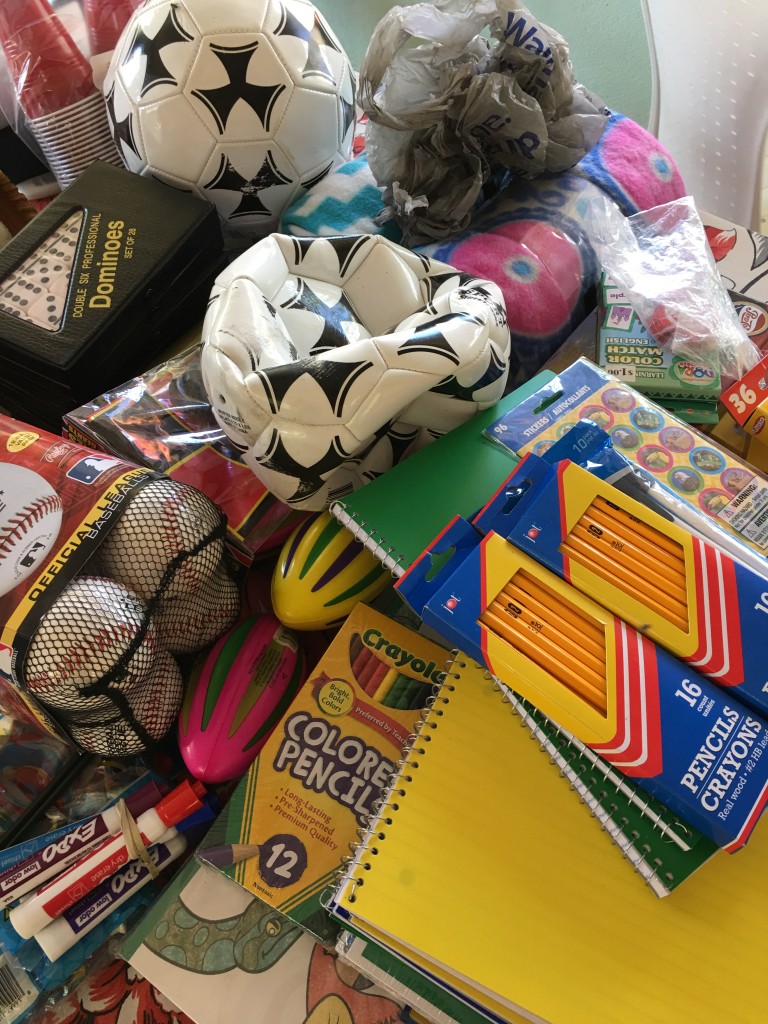 We also took toys and school supplies for the children and were so glad we did. 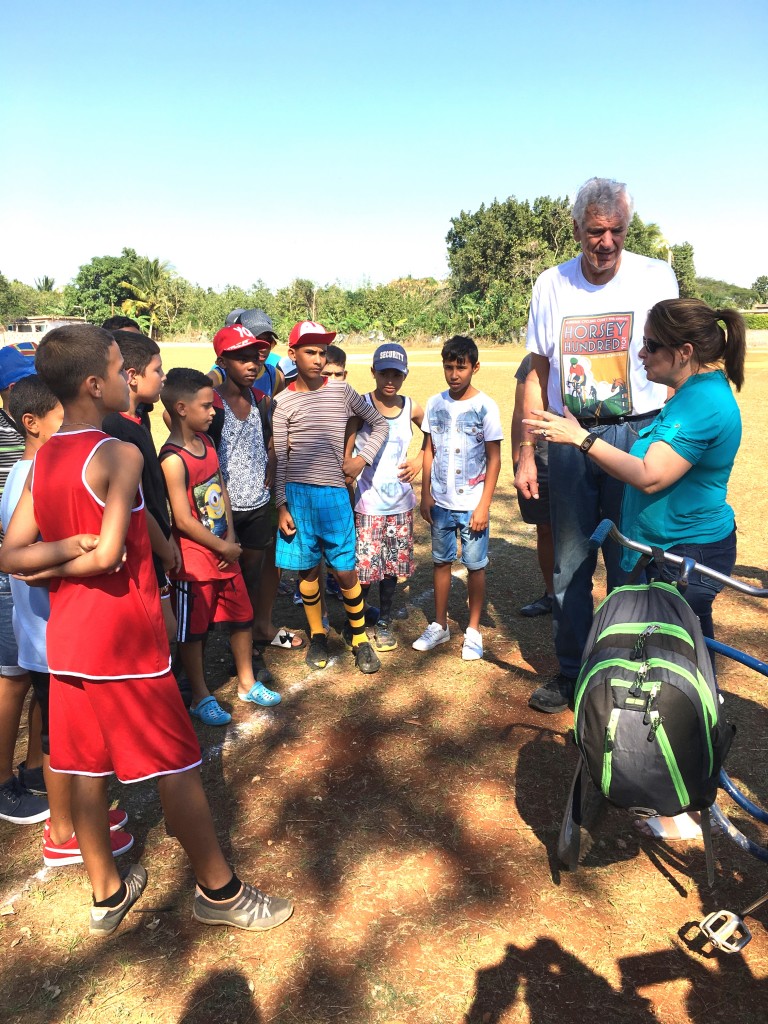 One day we stopped by a baseball practice that a young team was having.  Here they are listening to the interpreter give them messages of hope from us. 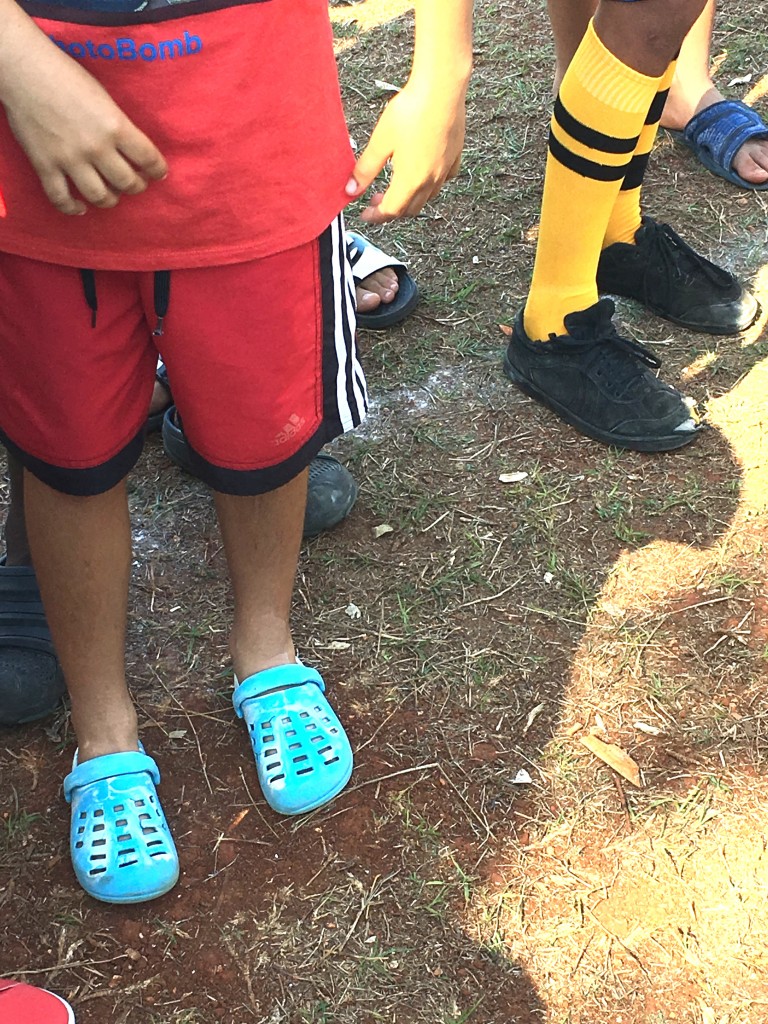 We were so sad to see the shoes they were wearing for practice.   Some of their shoes had holes in them.  So sad. 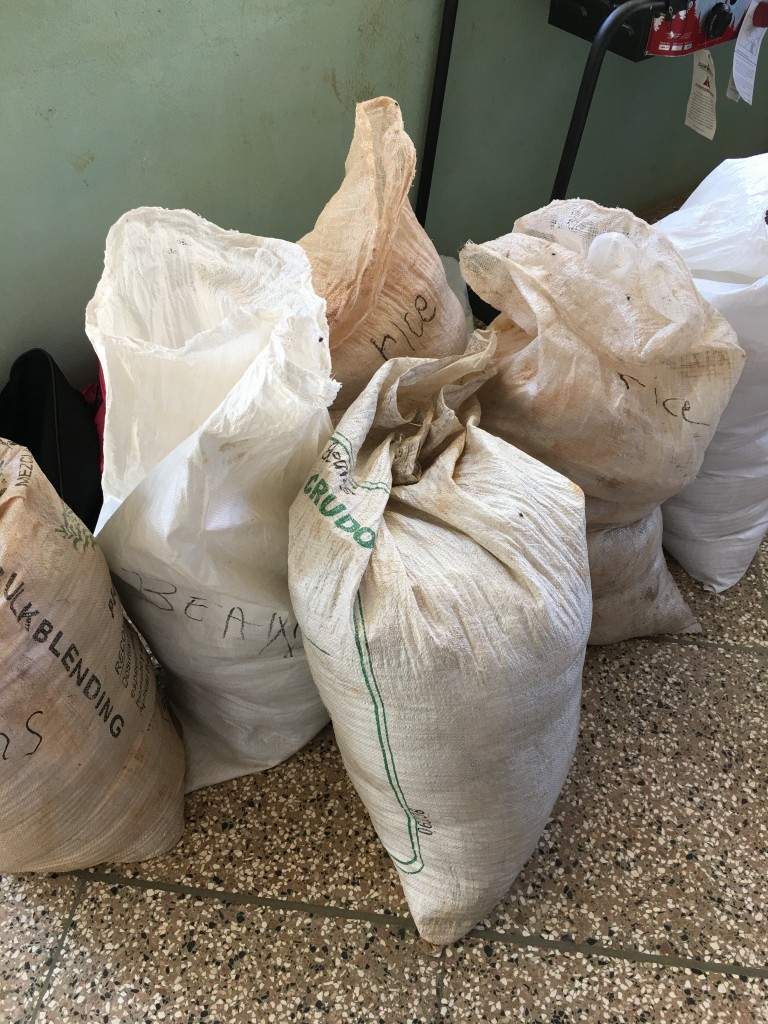 We bought bags of dry beans and rice and then divided them up into smaller portions.  Our group then delivered the rice and beans to needy families. 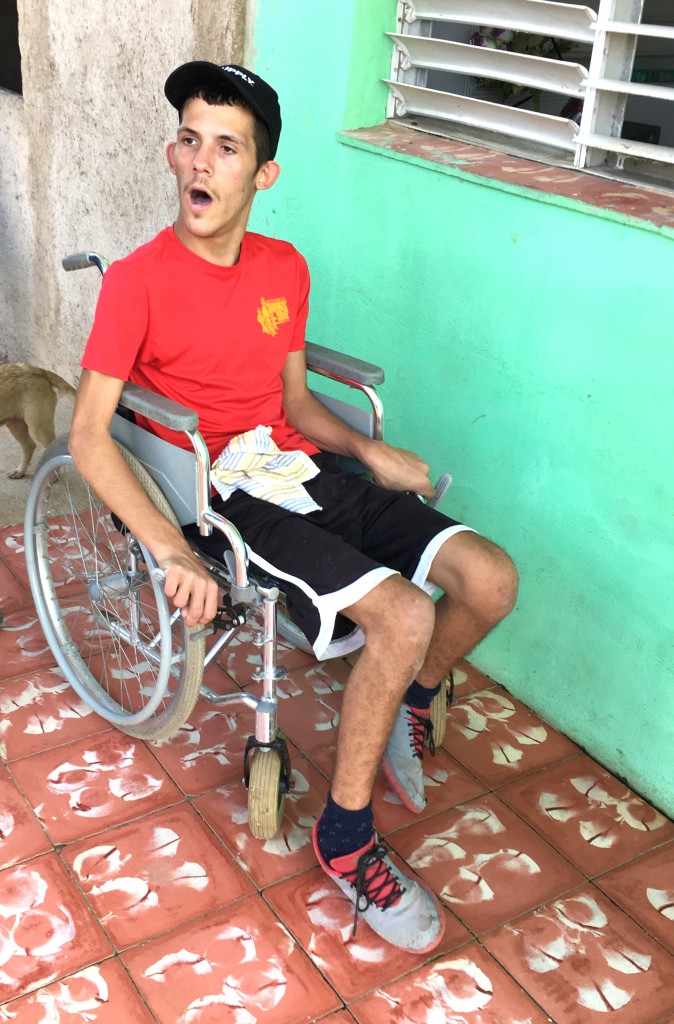 This nice young man was born with a severe birth defect.  He recently received a wheel chair, and he now can get around his neighborhood. 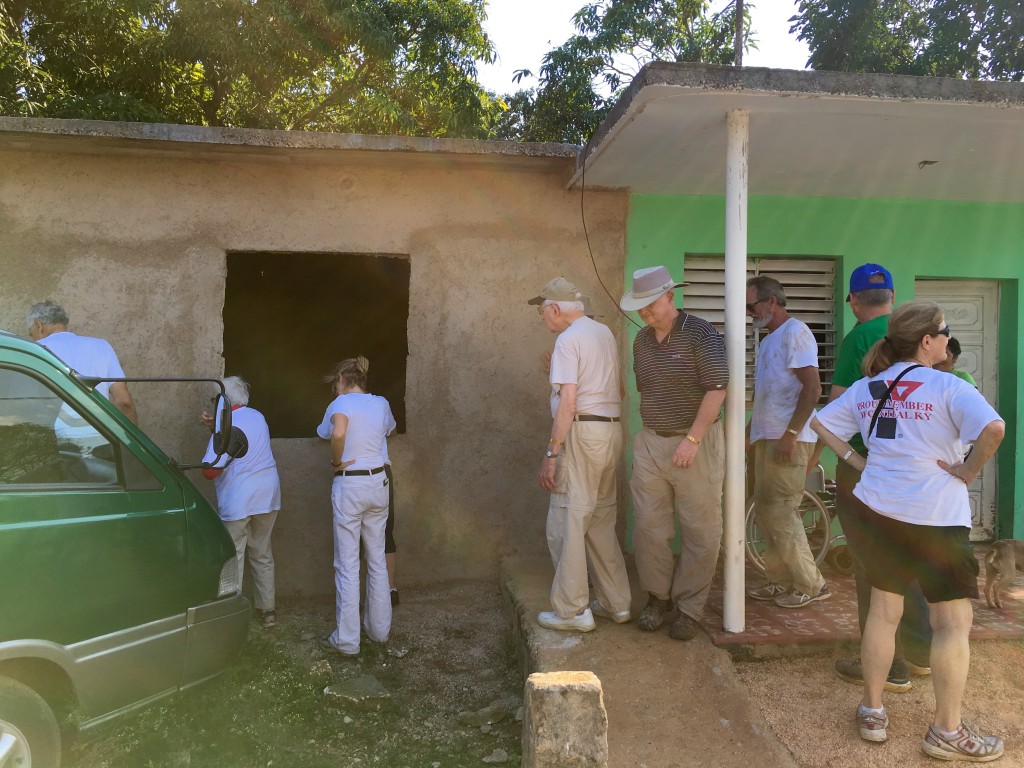 We provided funds so that the room there on the left could be added to his house and actually completed.  Then he will have a space that will be easy for him to get to. 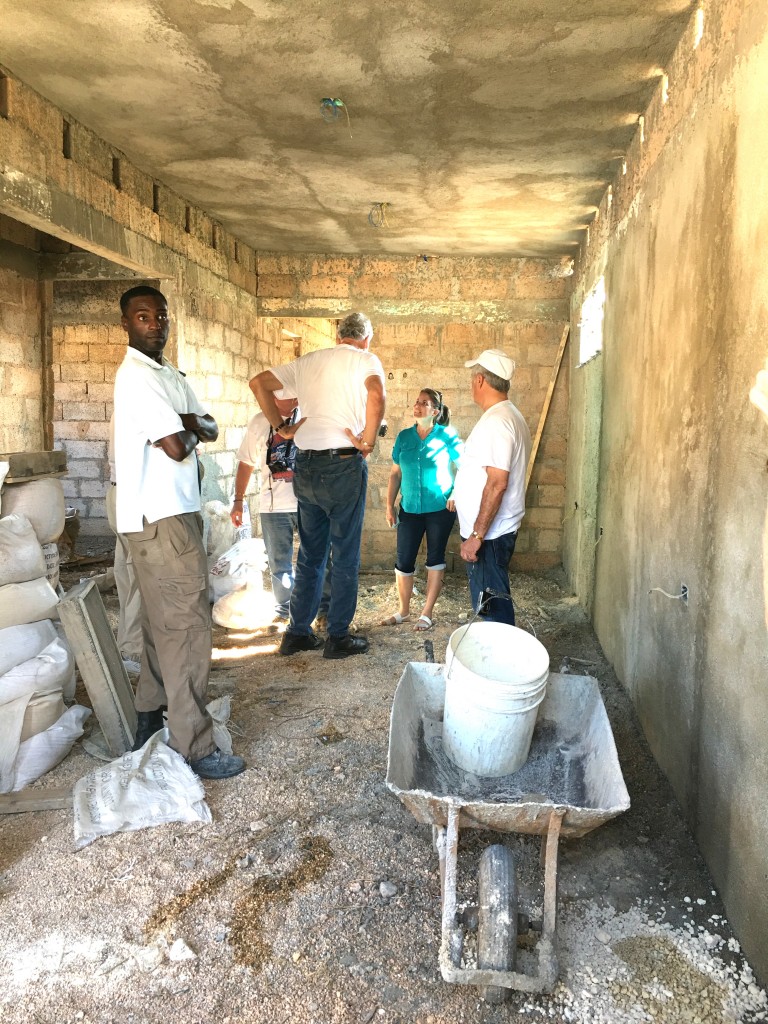 This is a sad story.  A 15-year-old girl was out riding her bicycle when she became hungry.  She stopped and climbed a mango tree so that she could have the fruit as a snack.  She fell from the tree and became permanently paralyzed.  She is confined to a second story room in her house so we provided the funds so that this house could be built for her with a first floor that she can get in and out of. 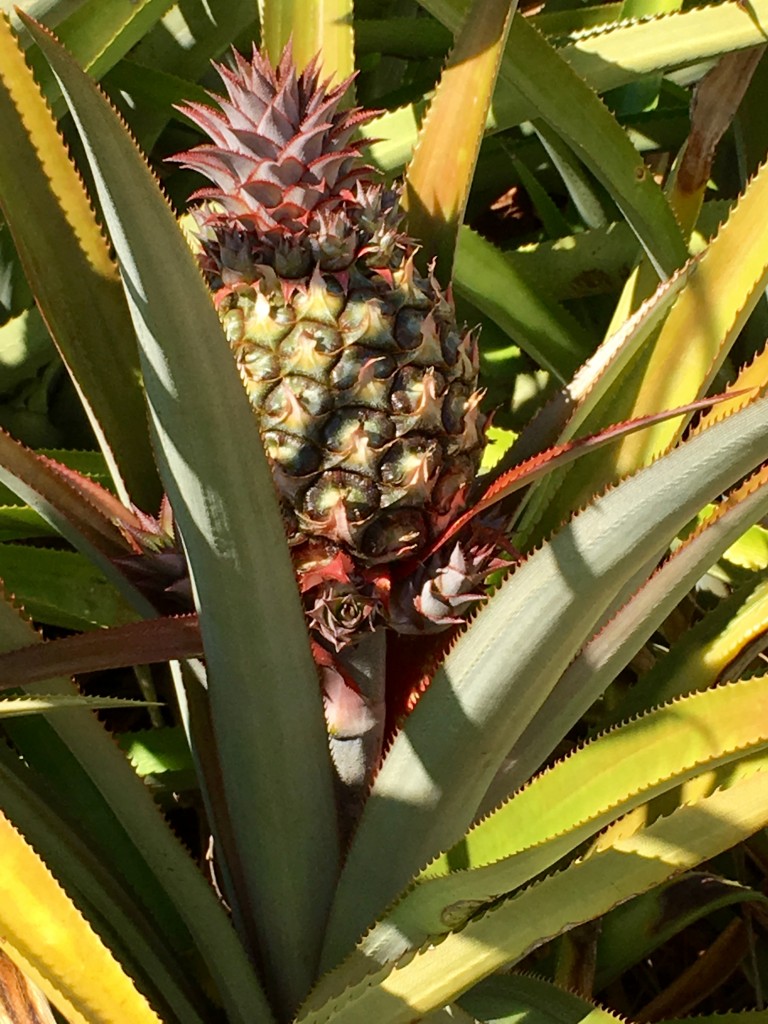 The center grows organic pineapples to distribute to the poor or to sell to raise funds.   They were the best pineapples ever. 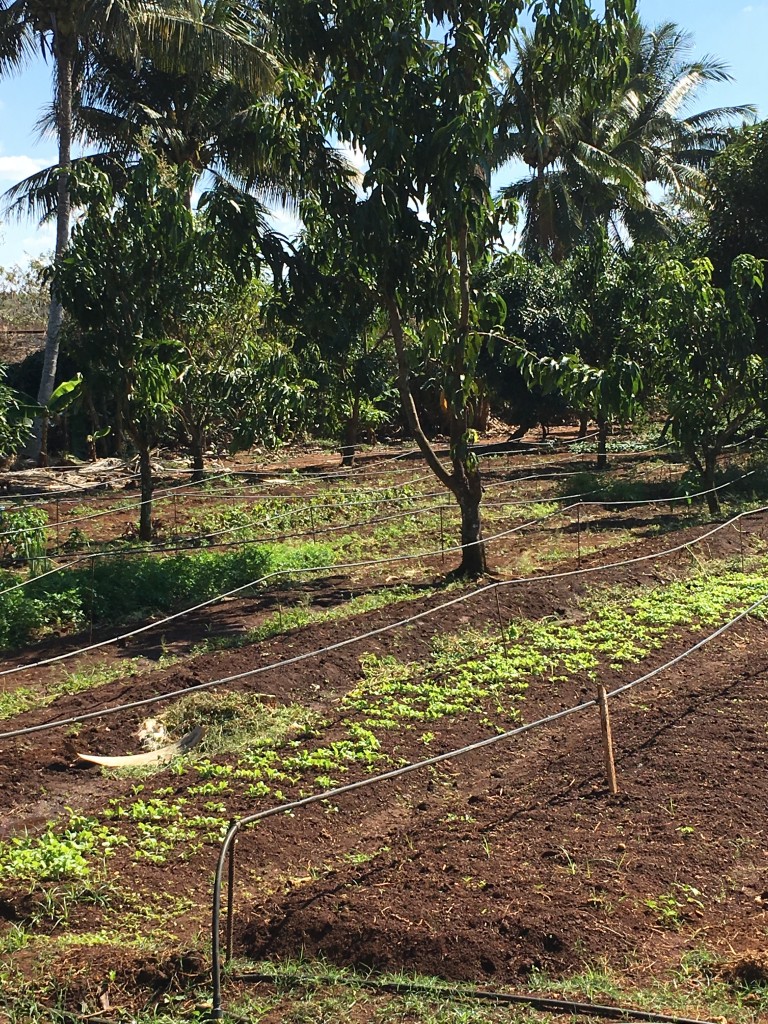 They also have an organic garden, and some of our group worked in it to pull weeds, etc. 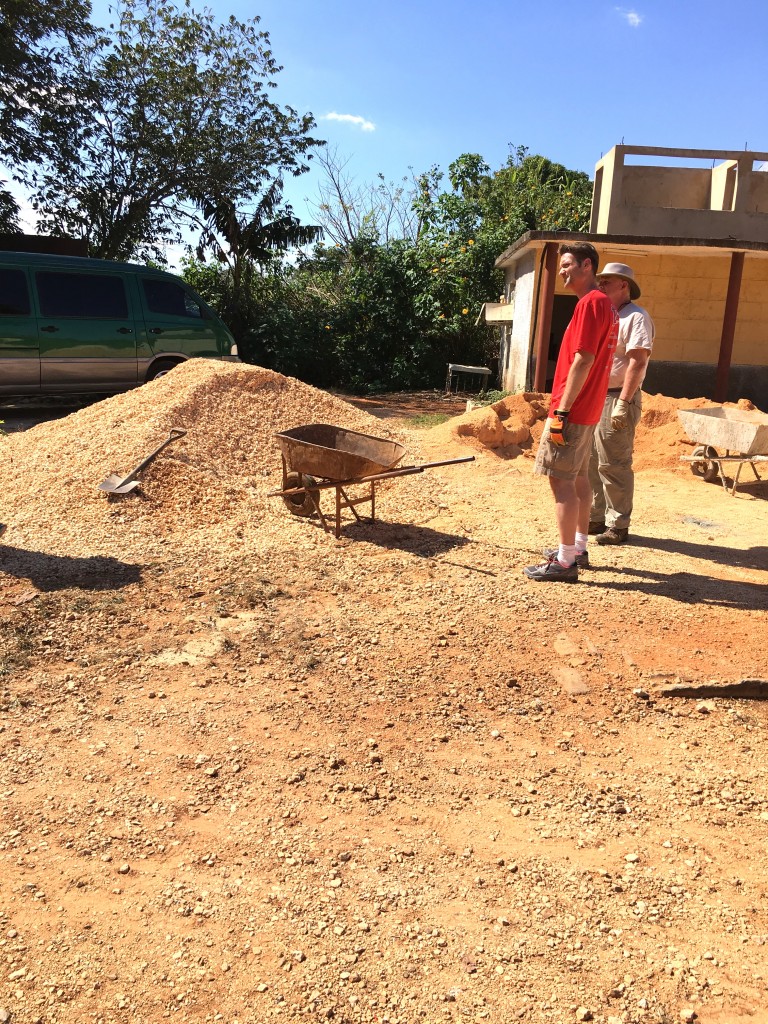 Some helped haul gravel for a project, and we cleaned up around the facility and painted some buildings. 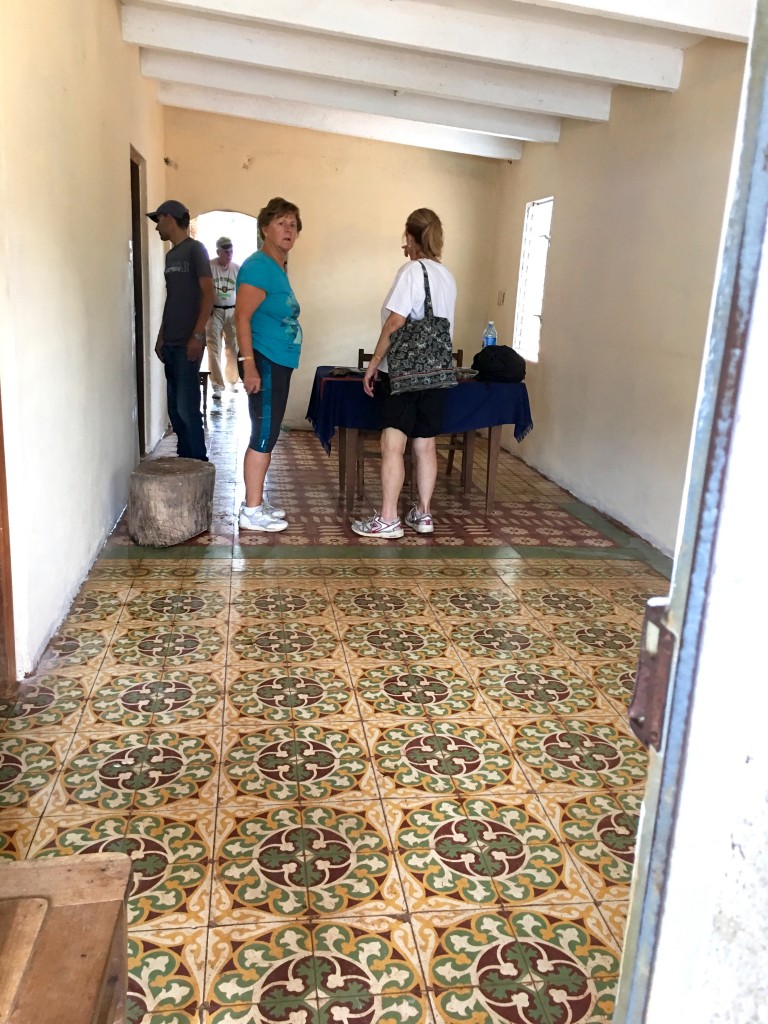 We painted the living room, bathroom, and kitchen of this house.  The family has two children, and their nine-year-old boy was born with severe defects.  He is bedridden in a fetal position.  They were so thankful for the help.

Our group is a very diverse group.  We range in age from 40 to 92, and each year we will have a few who can’t make it and one or two new ones.  Religions that have been represented are Catholic, Jew, Protestant, Quaker, Mormon, Atheist, and Buddhist.  We have gays, straights, married, and divorced.  We come from spots like New York City, and a ranch in Nebraska.  We have varying political views, but we love and respect the things we differ on and the things we have in common.  We look forward to our get-togethers every year.  For me personally, I think these small projects with a few people are the answer to world peace.  You can’t hate a person when we work and sweat side by side for a common goal.  When the people we have helped think of America, I hope they think of our group and then think of love.  It’s as simple as that.

Our Trip to Peru