A wedding is always a special event, but when it is one of your children’s, it is off the charts.  We had a wedding in our family last week when our son Cory (Jordan’s brother) married Josie in the best country wedding I could ever imagine.  The wedding mass took place at 2:00 in the afternoon, and the last dance was went down at midnight.  Josie has lived in Washington, DC since graduating from college there, but she wanted her wedding to be held in her hometown in Nebraska.  Friends from all over the country and the world flew there to be part of the festivities with them, and they didn’t go home disappointed. 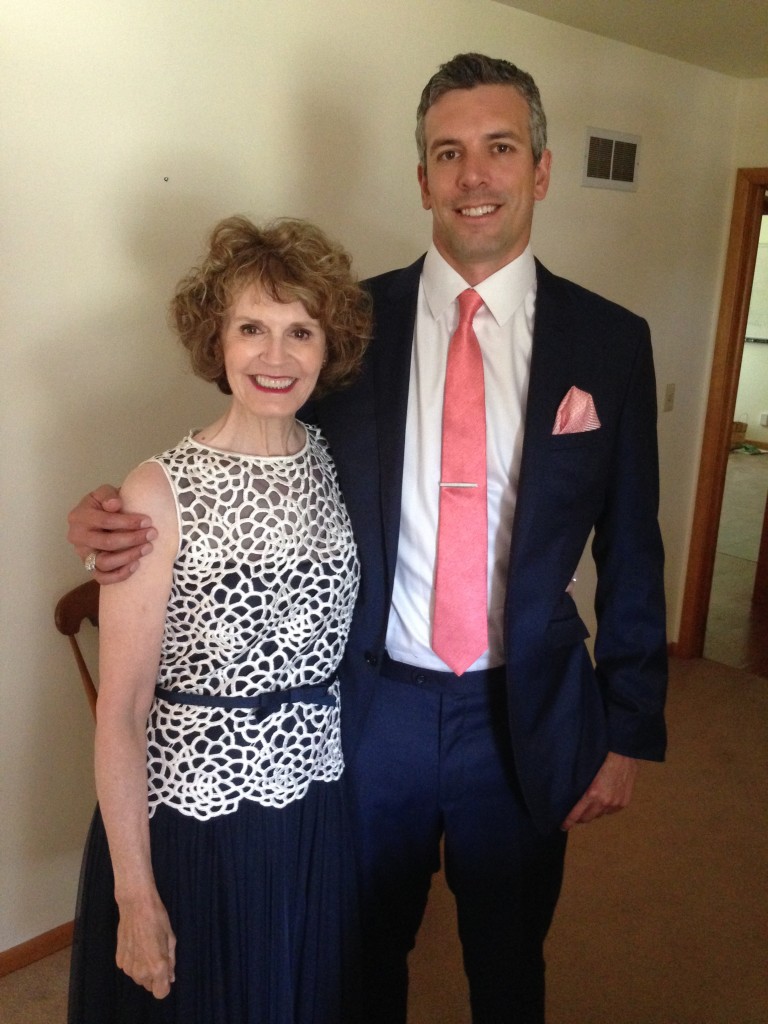 The photographer was Joel Sartore who shoots for National Geographic magazine.  He took 3,000 photos and is holding back 40 to submit to a magazine for national publication.  Josie sent me a few before they left on their honeymoon.  You will see his watermark on the shots he took, and the ones that are uncredited were sent to us by various family and friends in attendance.  (Tomorrow’s post will be shots of the reception that I took with a point and shoot camera). 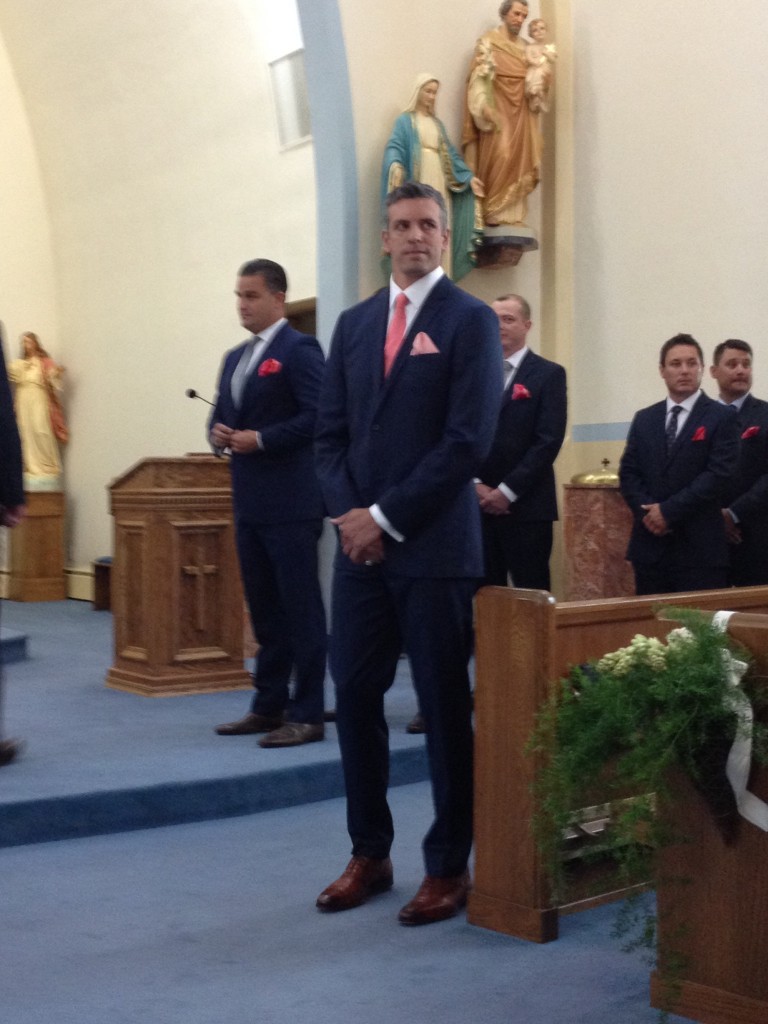 The church was standing room only, and Cory was surrounded by his best friends whom he bonded with early in his days at the Air Force Academy. He is an sentimental guy, and I always said he would have to phone in his vows on his wedding day.  Luckily, he made it through with just a few tears being shed.  Of course, all of us in attendance were pulling for him.  Josie had a few tears, too. 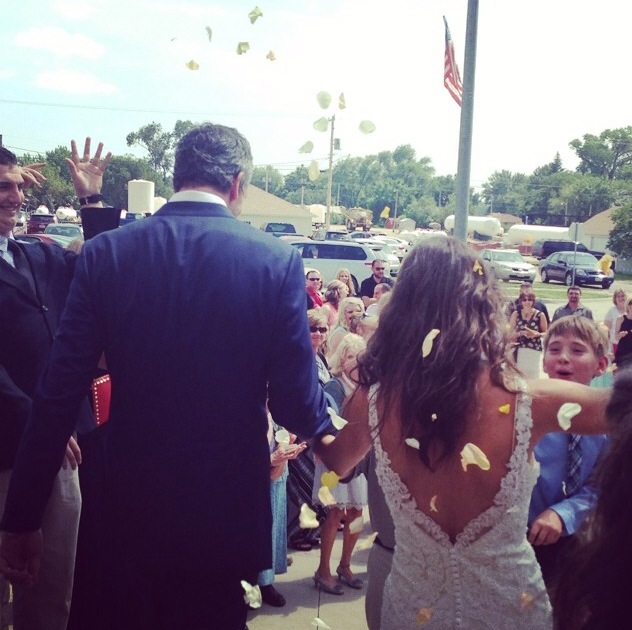 When they left the church, we showered them with rose petals. 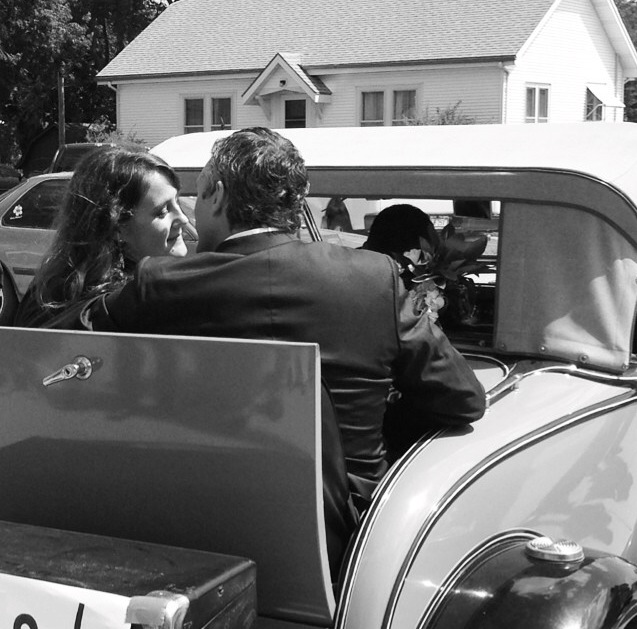 They were driven away in this Model T Ford that had belonged to Josie’s grandfather.  Cory is 6 feet 7 inches tall and had to squeeze into the boot of the car.  Nothing was going to keep him from sitting beside his new bride. 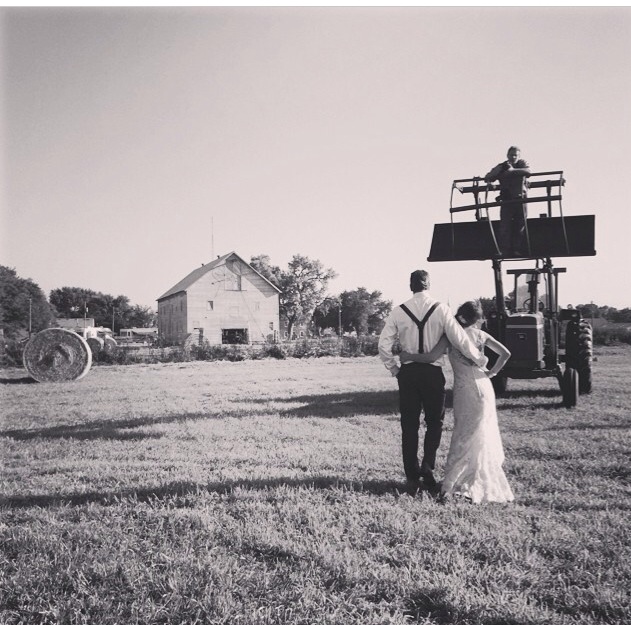 The wedding reception was held on her family’s ranch, and they pulled out all of the stops.  Joel is on the tractor here to catch them at a special angle.  Behind them in this shot is a huge tent, trees, people, musicians, bars, tractors, antiques, etc.  I will show those things to you tomorrow. 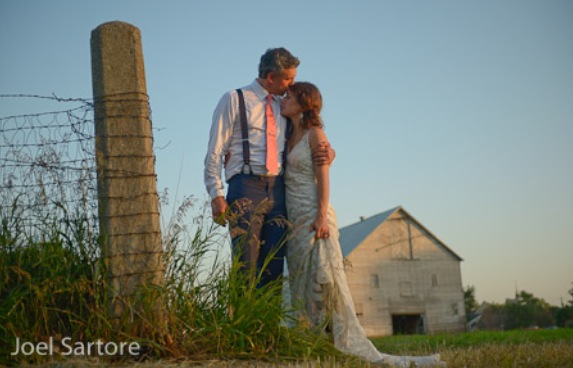 This is one of my favorites. 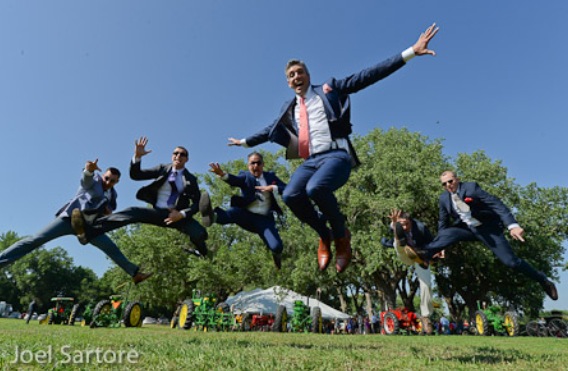 Many of the groomsmen, including Cory, were on the Air Force Academy’s basketball team, so they know how to jump!!! 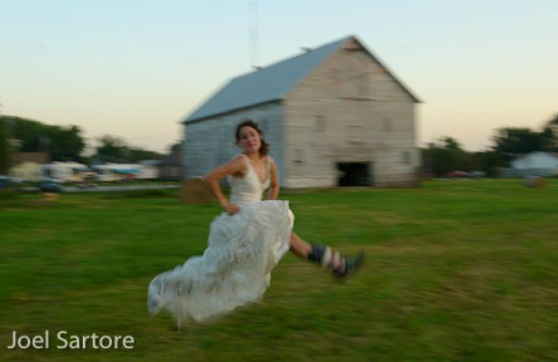 Josie loves cowgirl boots and gave each of her bridesmaids a pair for their gifts.  She wore satin shoes to the ceremony but slipped these on to maneuver the field easier.  Since the wedding was July 5, the red, white, and blue were very appropriate.  Many of the wedding guests, including Jordan and Mr. Spring, bought a pair of boots before they flew home from Nebraska. 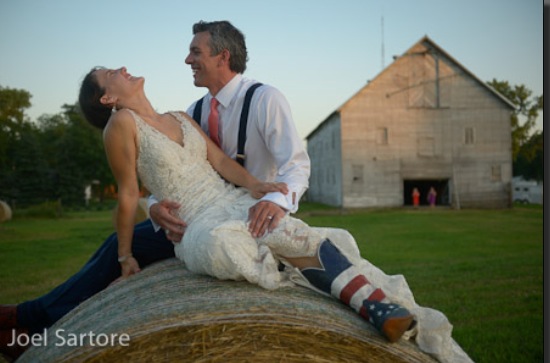 I love that Joel had them climb on a big round hay bale for this one. They are probably laughing because they knew when the sun went down that something special was going to happen….. 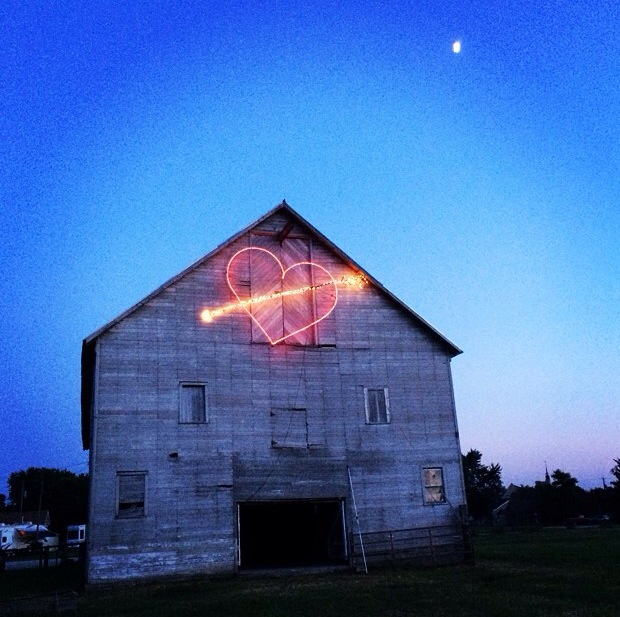 …..And this is what it was.  The family had this giant heart made for the side of this huge old barn.  It was the show-stopper.  EVERYONE LOVED it!!! 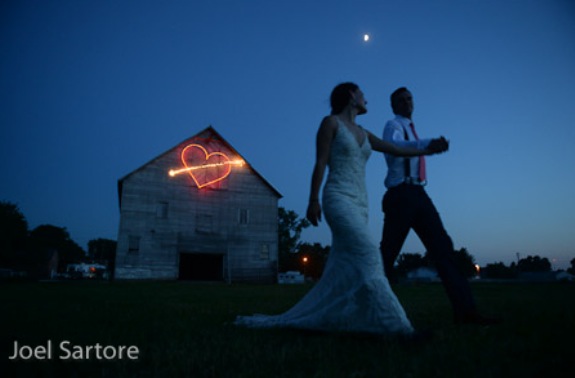 This is another one of my favorite shots.  They are walking into their future.

If you are new here, then you might enjoy seeing Jordan’s Kentucky wedding here.