Jordan and I are keeping a busy schedule this week.  Today we headed up to Canada, which is about 100 miles away, to finish the process of getting our Nexus/Global Entry approval number.  Having that number will make it possible for us to skip standing in the long customs lines when we re-enter the USA after a trip abroad.  It’s a convenience we feel was worth our time and money.   We were in the Thousand Islands region, which is home to Thousand Islands dressing.  While we were there, we took a tourist stop to visit Boldt Castle located on Heart Island. 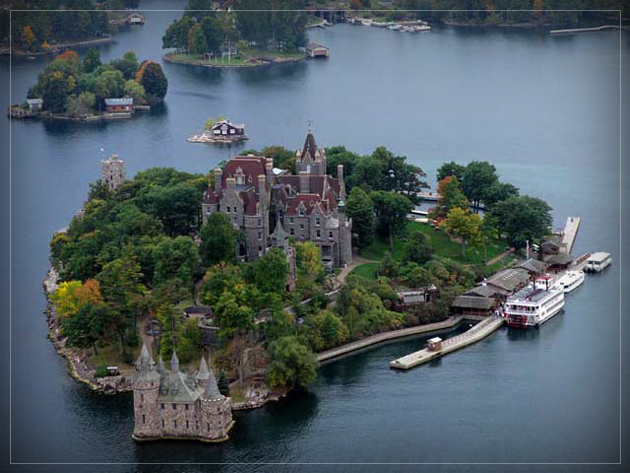 We took all of the photos with an iphone, so the quality isn’t the best, but we couldn’t visit this place and not take photos to share.  The story behind the castle is one of romance and sadness.  It was owned by Mr. George Boldt, who was the proprietor of the Waldorf-Astoria in NYC and the Bellevue-Stratford Hotel in Philadelphia.  He came to the U.S. from Prussia as a poor young man and worked his way up. 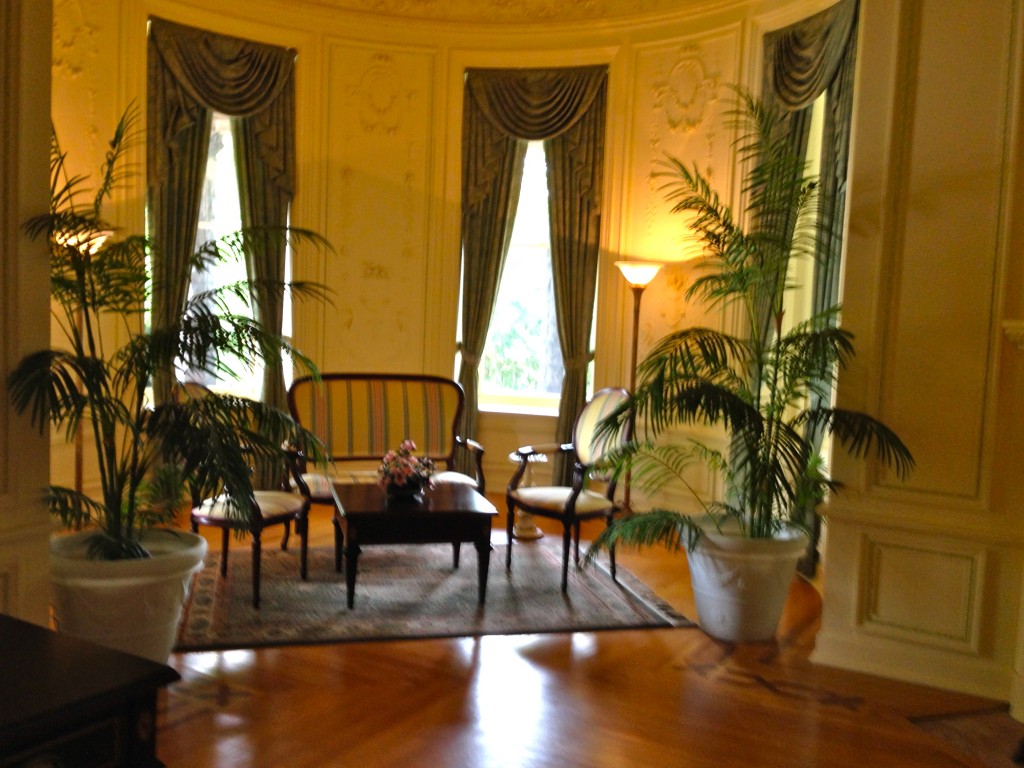 Around the turn of the century he bought the island from a man named Mr. Hart and changed the spelling to Heart Island.  His intention was to build a summer house/castle on it. 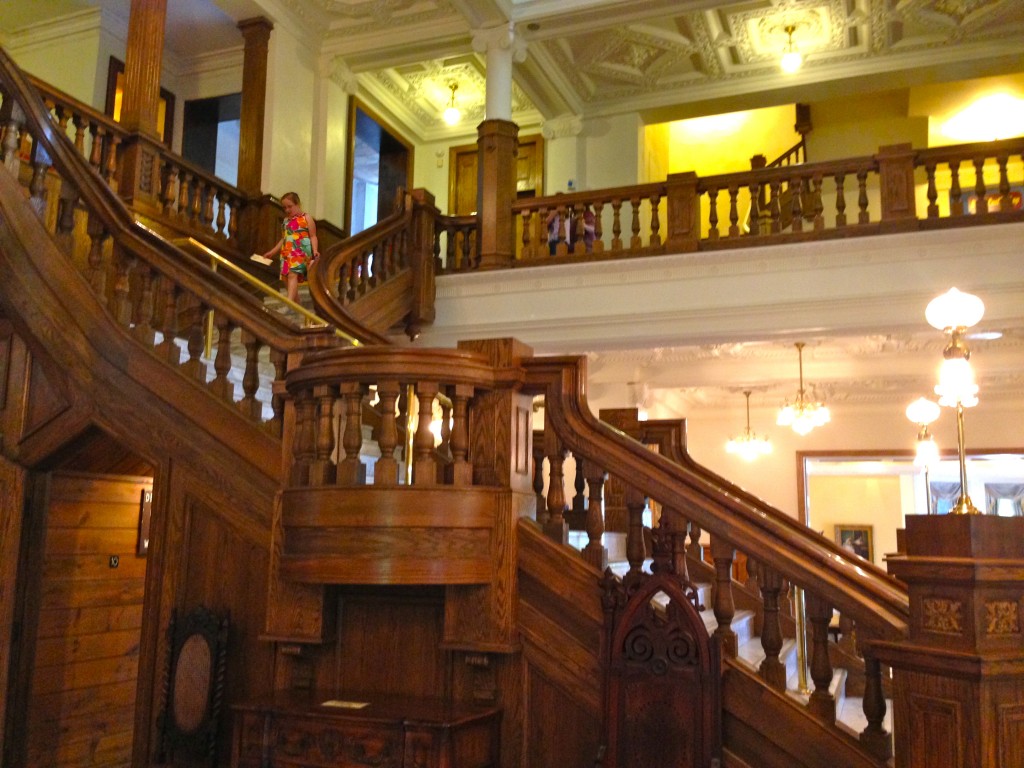 He had the island altered so that its shape would resemble a heart.  Then he had a magnificent castle designed to resemble the Rhineland Castle. 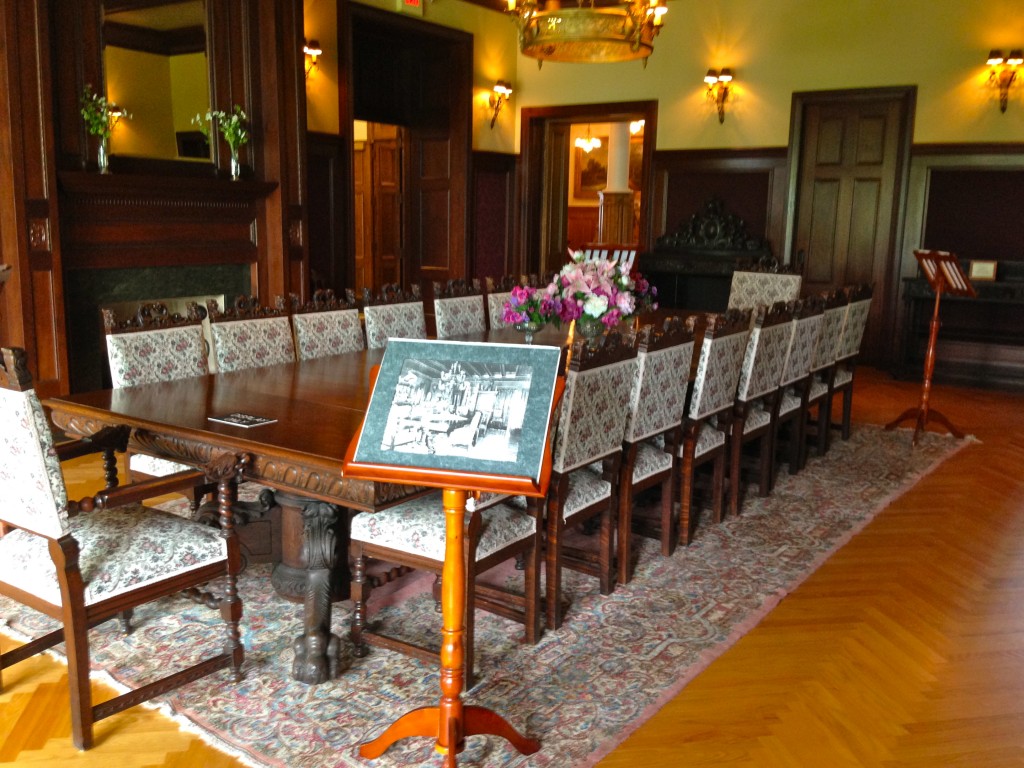 Mr. Boldt was extremely wealthy (this was before income taxes were collected), so he told the architects and builders that money was no object.  Over three hundred people worked on its construction for four years. 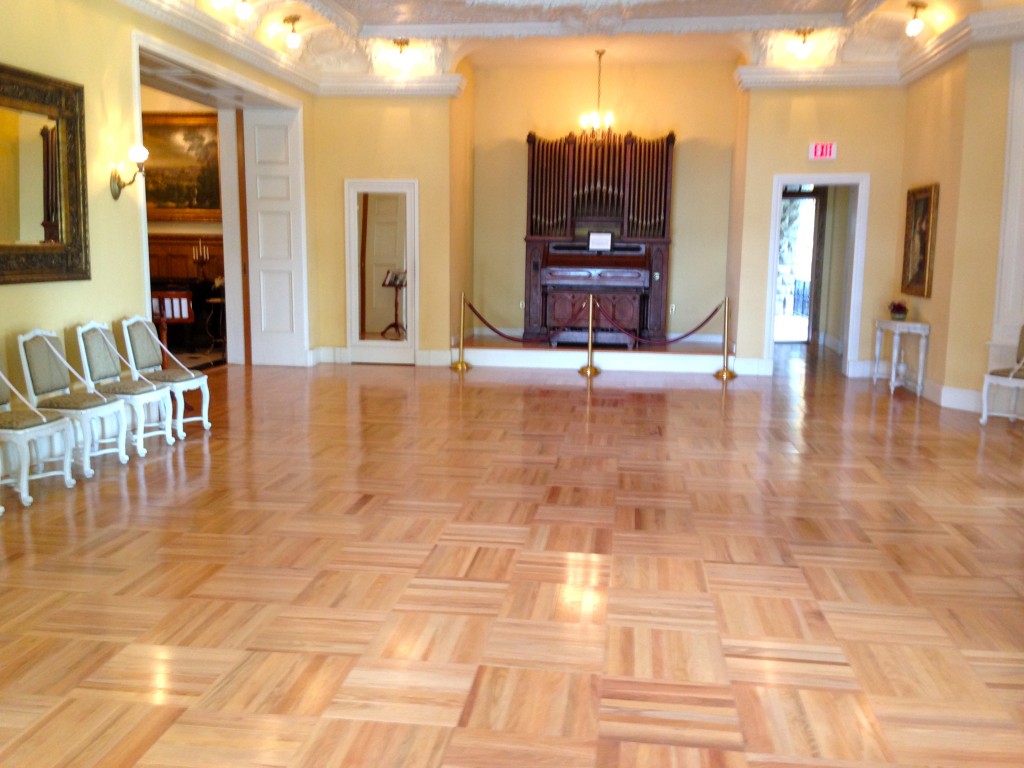 This castle was so important because Boldt was building it as a gift of love for his wife who was the mother of their two children. 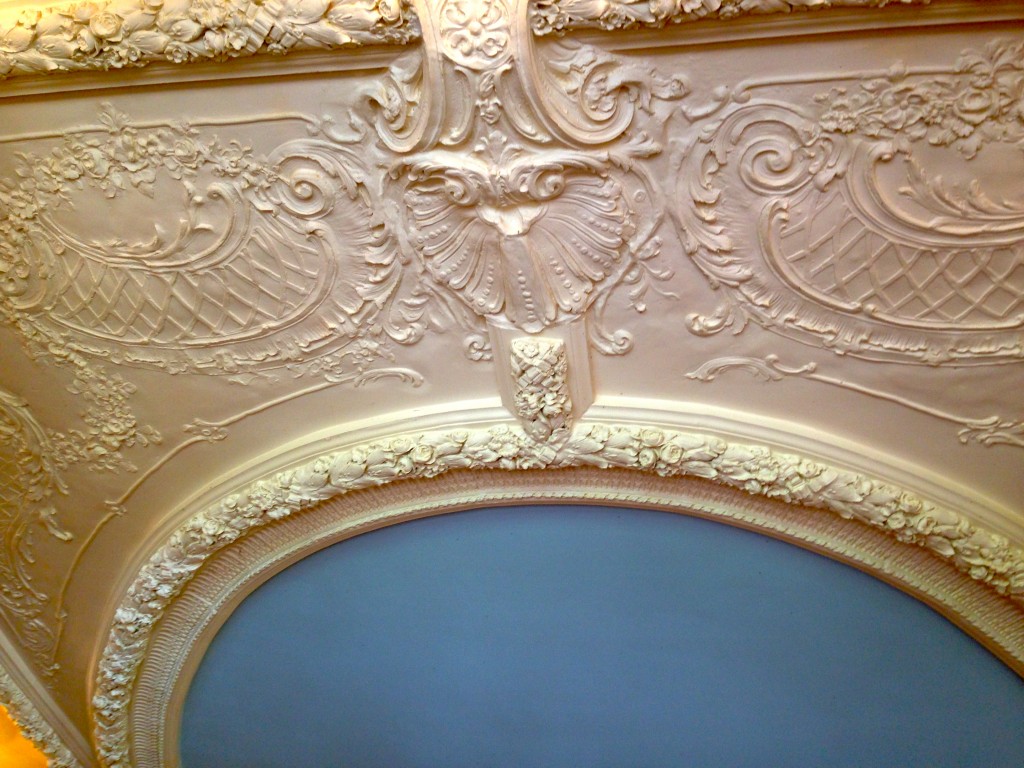 While the castle was being built, the family spent their summers on nearby Wellesley Island where their elaborate boathouse was built and where he had a farm that supplied meat and produce for his hotels. 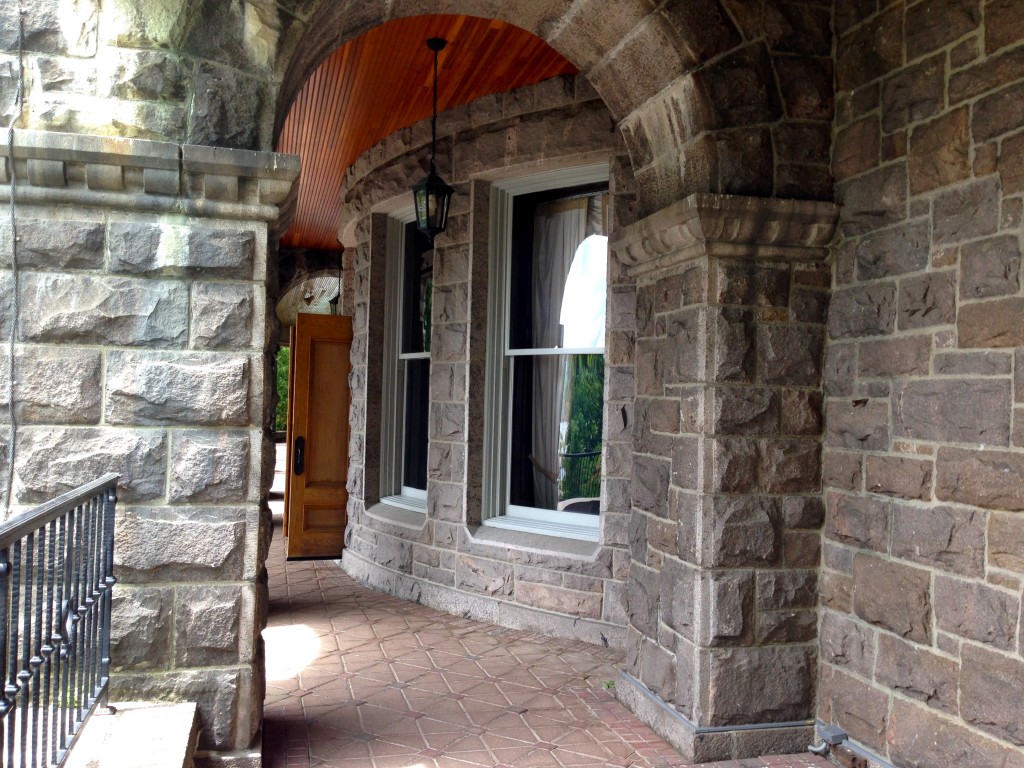 Part of the wrap-around porch

In order to have the castle look authentic, Mr. Boldt purchased a quarry so he would have a supply of stones which were hauled to the island. 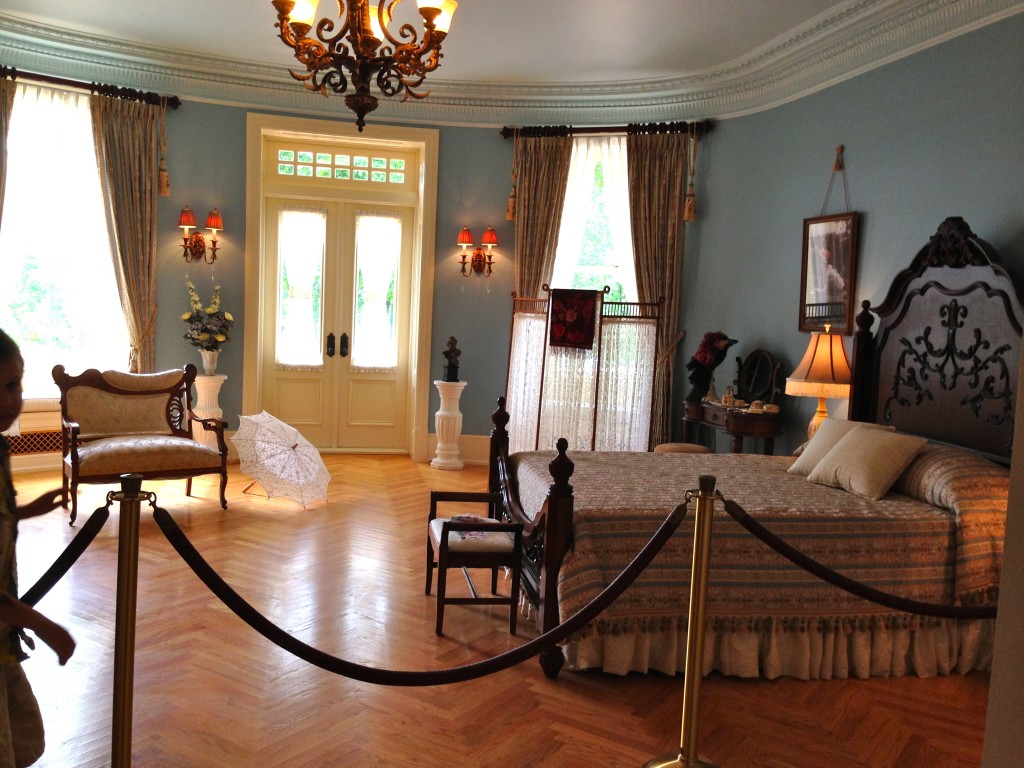 The tragic part about the construction of Boldt Castle is that at the age of 42 Mr. Boldt’s wife died suddenly. 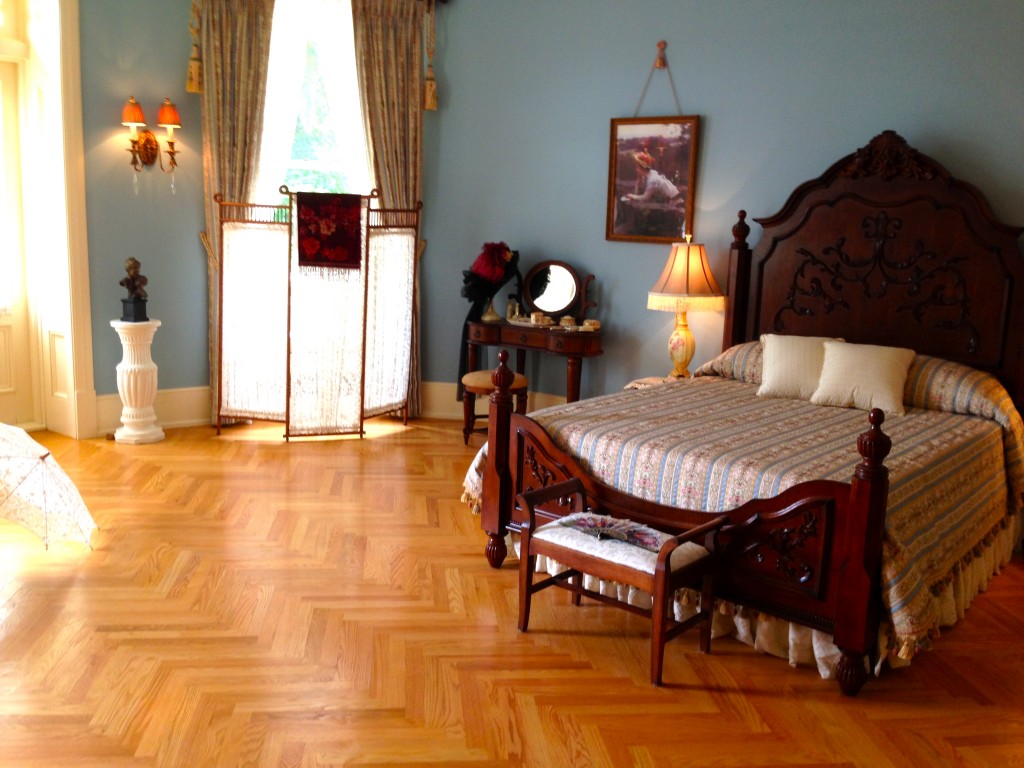 Another view of Mrs. Boldt’s bedroom

Mr. Boldt contacted the builders immediately by telegram and had them stop construction. 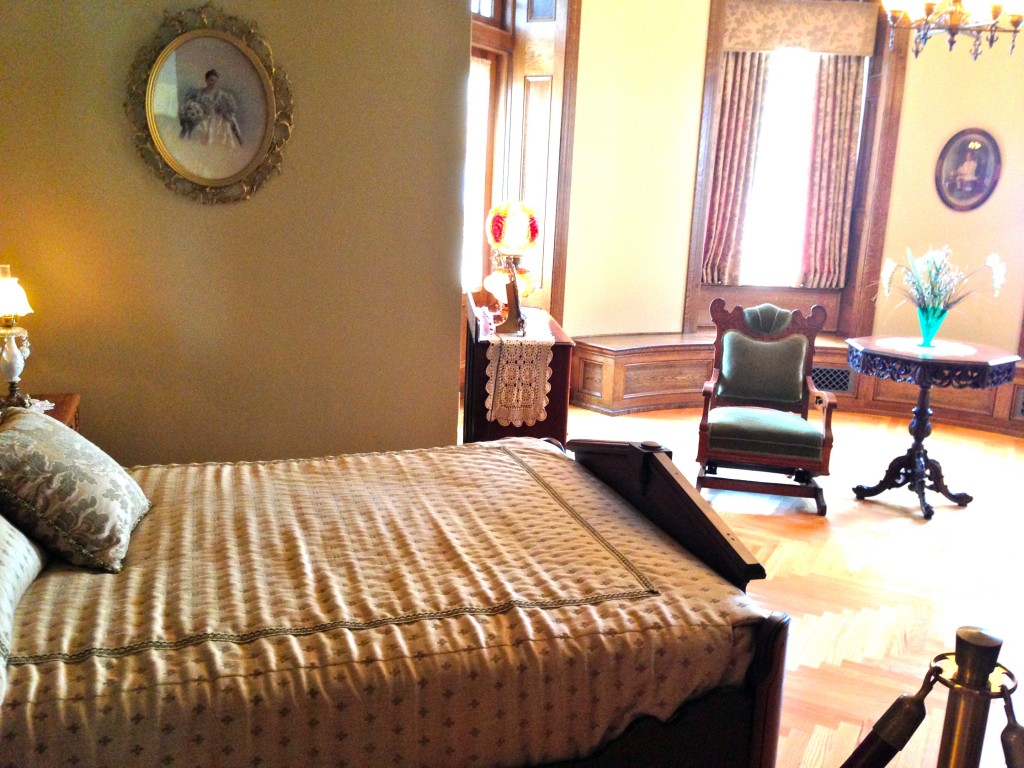 The castle was never finished, and Mr. Boldt never returned to Heart Island.  An investor purchased the house and for a while tours of the unfinished property were given.  Then that man let it go into disrepair, and it remained vacant and untouched for 73 years.  During that time it deteriorated and was also vandalized. 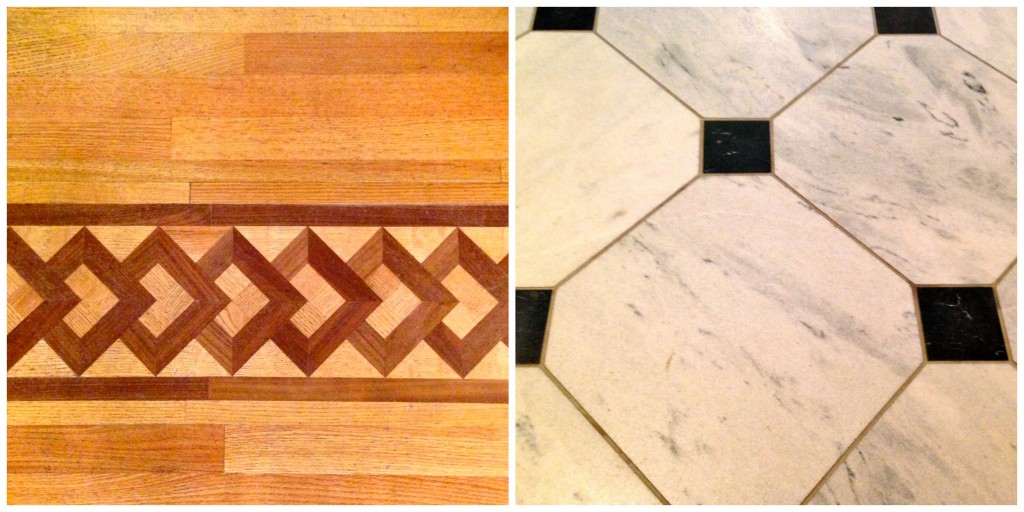 In 1977 the Thousand Islands Bridge Authority purchased the property and has been responsible for its refurbishment since then. 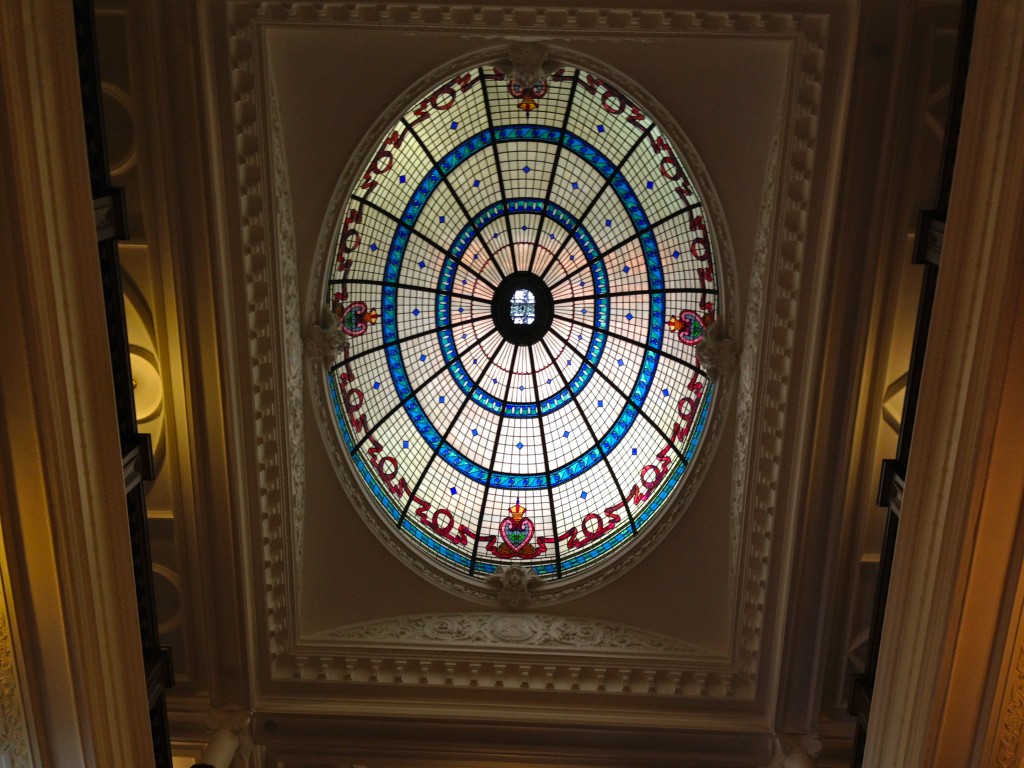 Little by little experts are restoring the mansion to the way it would have looked if it had been finished. 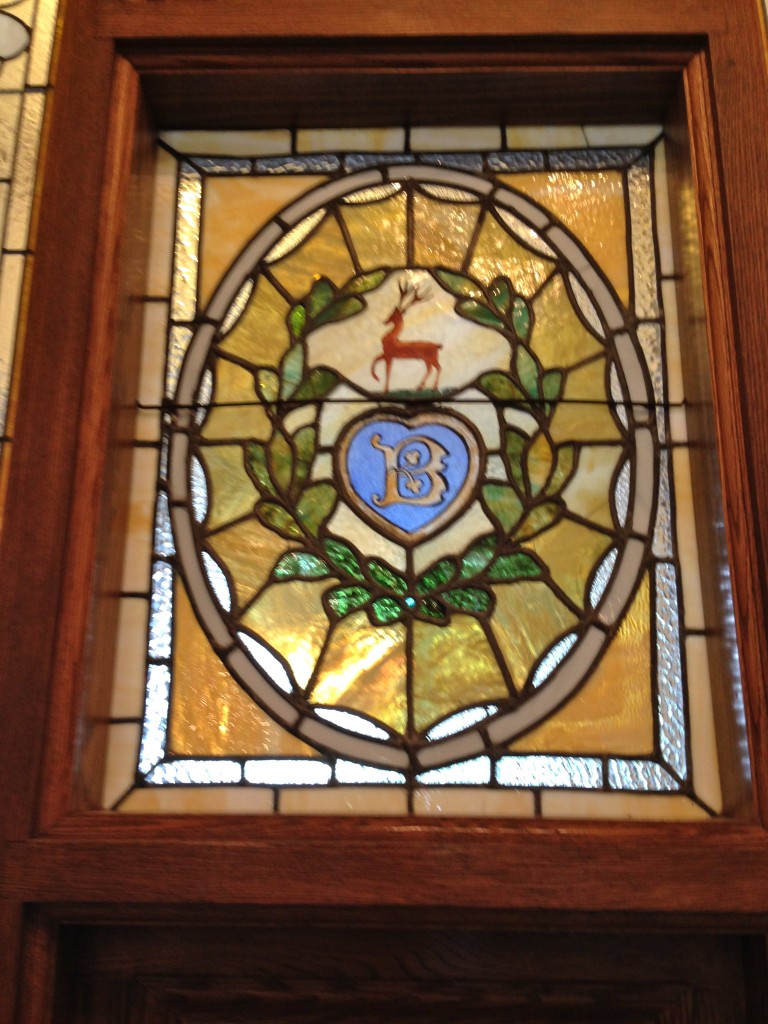 The heart motif and their monogram can be seen throughout the castle. 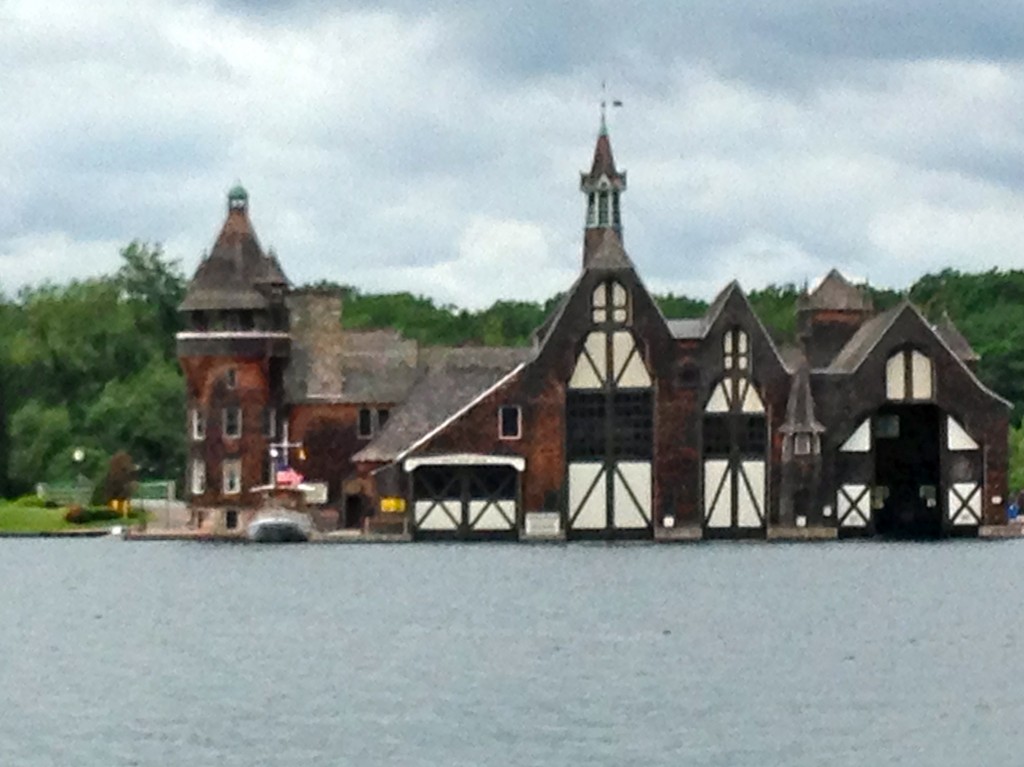 In addition to the main house, guests can tour the boat house, power house. the Alter Tower, the hennery, the arch, and the stone gazebo on self-guided tours.

There are so many more photos we could show you, but we don’t want to completely bore you.  The bottom line on this castle is that it was absolutely beautiful; the story is riveting; the many years of restoration have created amazing results, and it is a national treasure.  I am so glad that we had the opportunity to visit it and hope to see it again in the future when more of it, including the kitchen and servants’ quarters, have been finished.

A Visit to Prince Edward Island

My Visit to the White House

Brunch at the Kentucky Castle

A Visit to Pier 1