Hi, everyone.  Greetings from snowy (again) Syracuse.  I have to say it was a shock to get off of the plane in New York and have snow on the ground.  I got spoiled with the warm weather we experienced in Southeast Asia.  Today I wanted to show you a projected I started before we left for our trip.  It had a good amount of time to cure while I was gone. 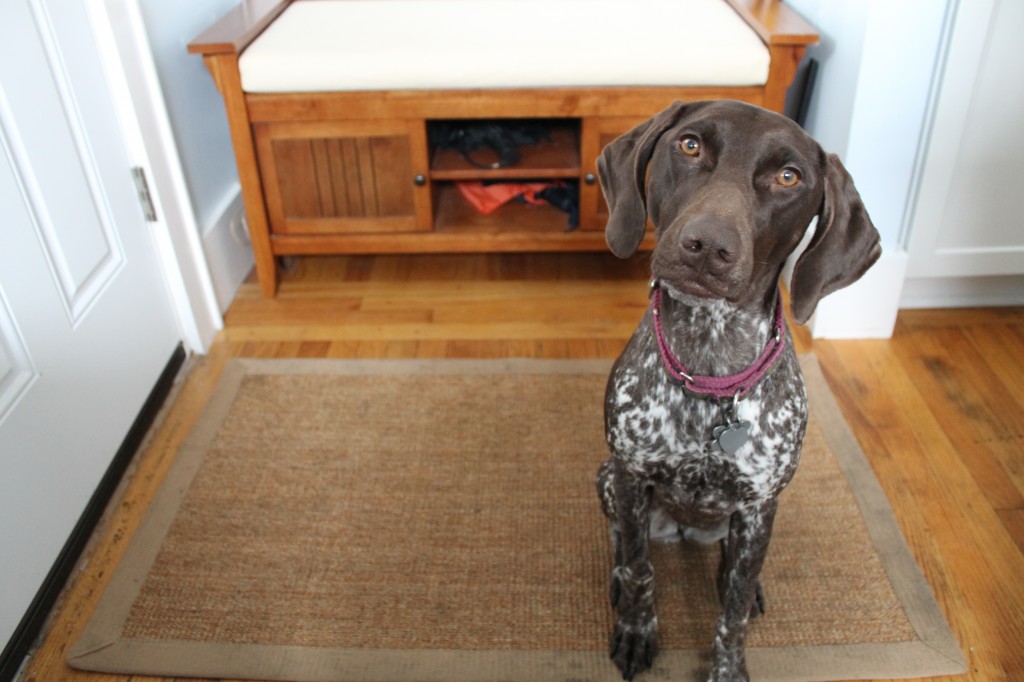 See the rug?   Gracie insisted on being included in the picture.  It (the rug – not Gracie) is my project – rug painting, take two.  You might remember the rug painting project that didn’t go as planned so I decided to try again.  This little throw rug is in a heavy traffic area and is used all of the time.  It is at the top of a few stairs that we have to use every time we enter or leave our house.  It was starting to show its age even after I vacuumed it and deep-cleaned it.  So, being the trooper that I am, I decided to try painting it. 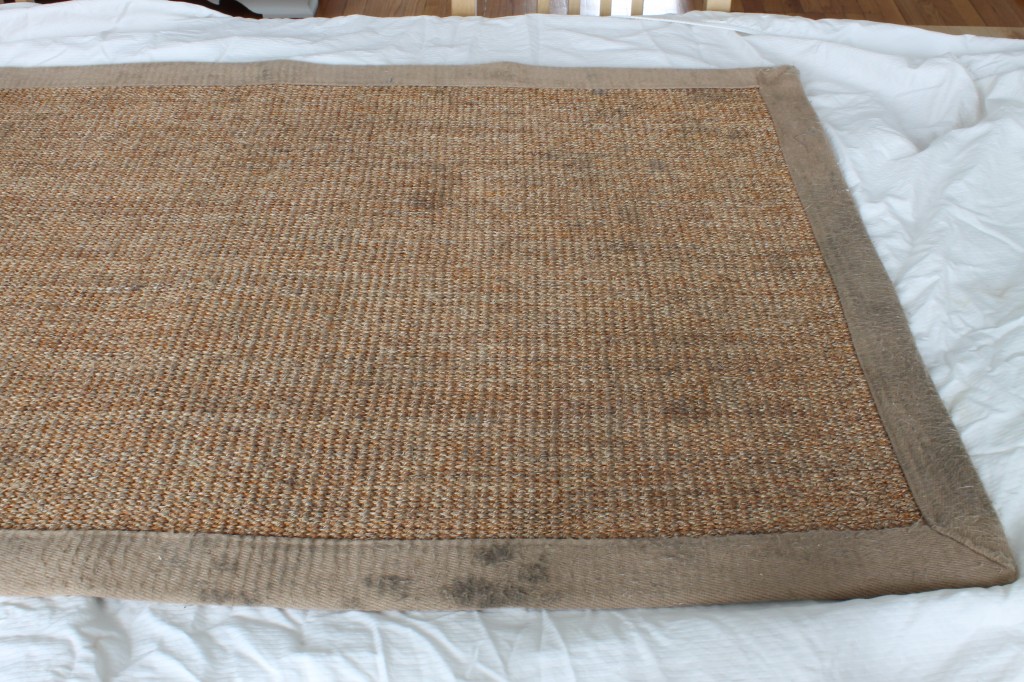 Here is a close up, and it’s not pretty.  I decided that painting it black was the best choice since it would cover the ugly stains and hide the dirt from our shoes.  I didn’t want a plain black rug. I wanted to add something else to it. So, I thought hmmm….. let’s try the monogram. 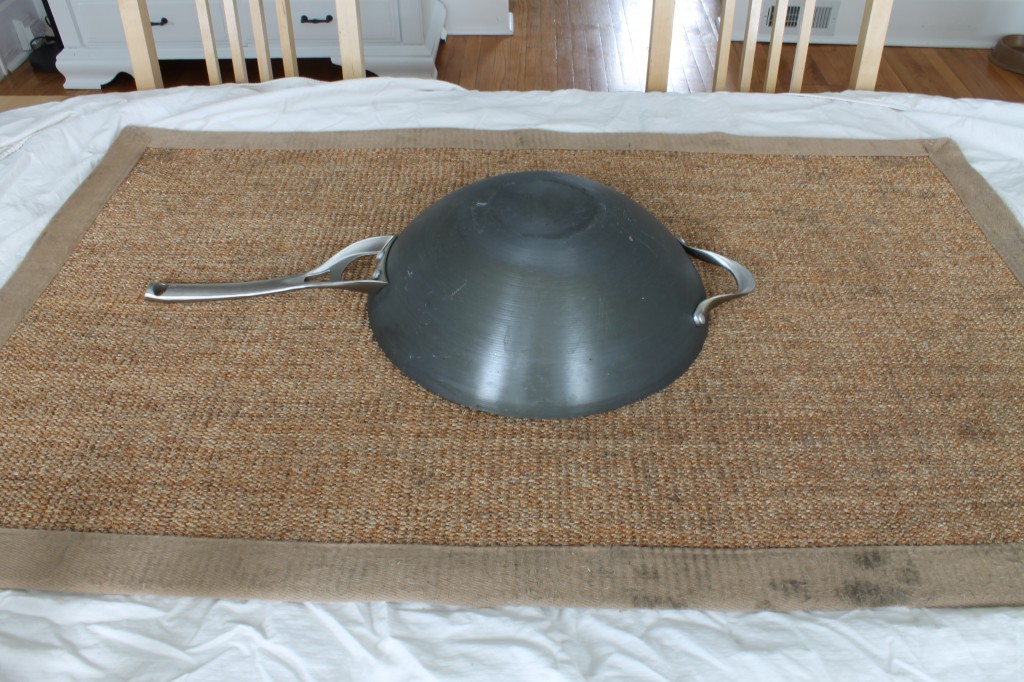 I decided to paint everything black except a circle in the center.  Inside the circle I would try to stencil our custom monogram.  I looked around the kitchen and liked the size of our wok and thought it would be the perfect size circle to have. 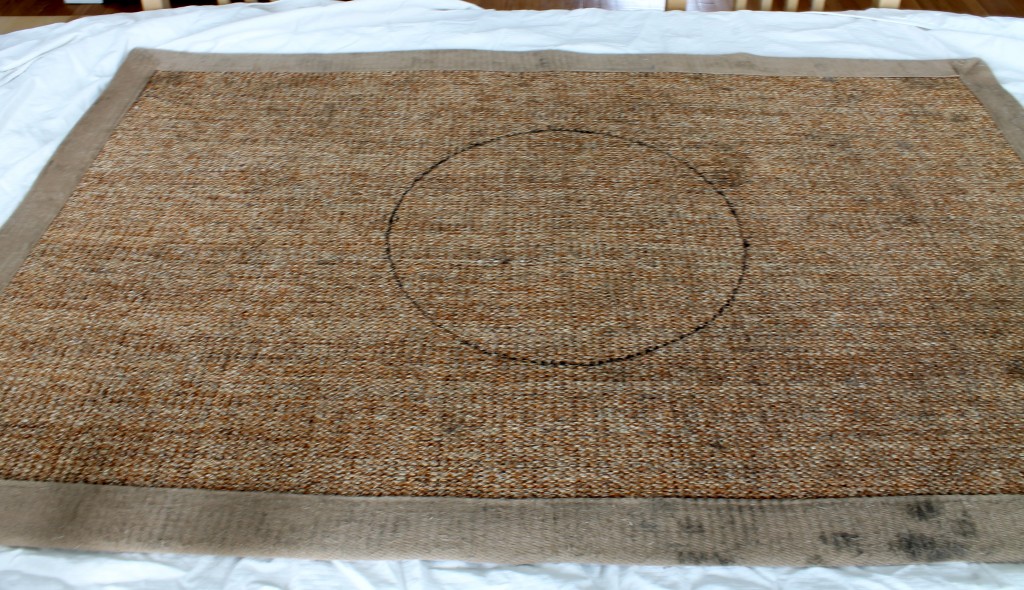 I took a marker and traced my circle and then painted everything black outside of the circle. 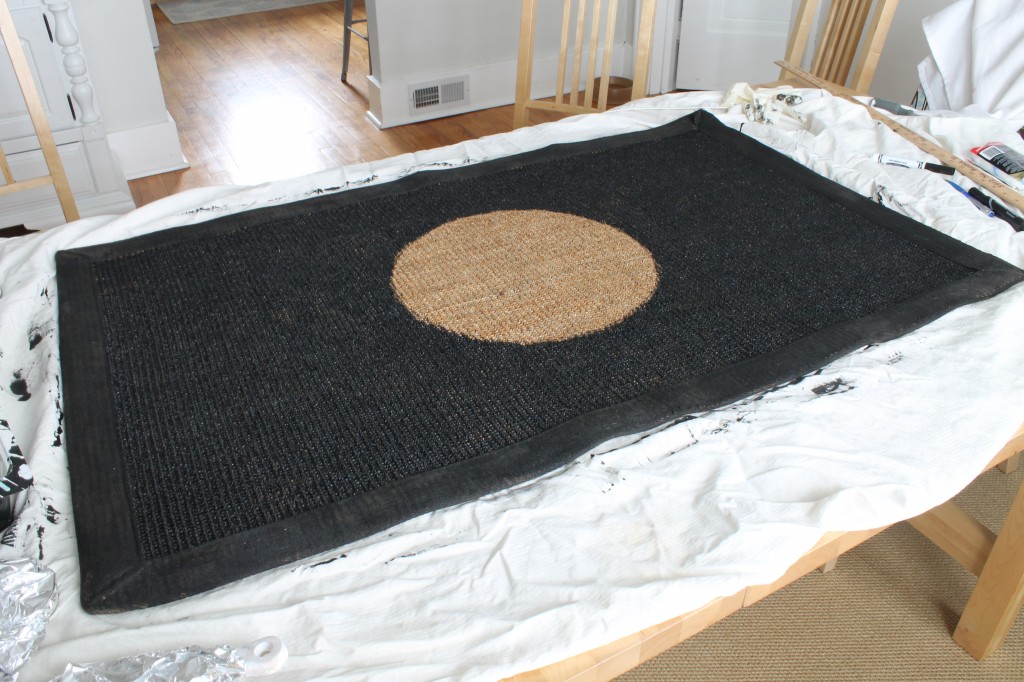 I did not prime it like I did on the last rug which was a failure.   I went straight to the black paint.  I used both a roller and a sponge.  It did take a couple of coats, and I had to work the paint into the rug in some areas.  However, black was the way to go to get good coverage.  Already this is turning out better than rug  number one. 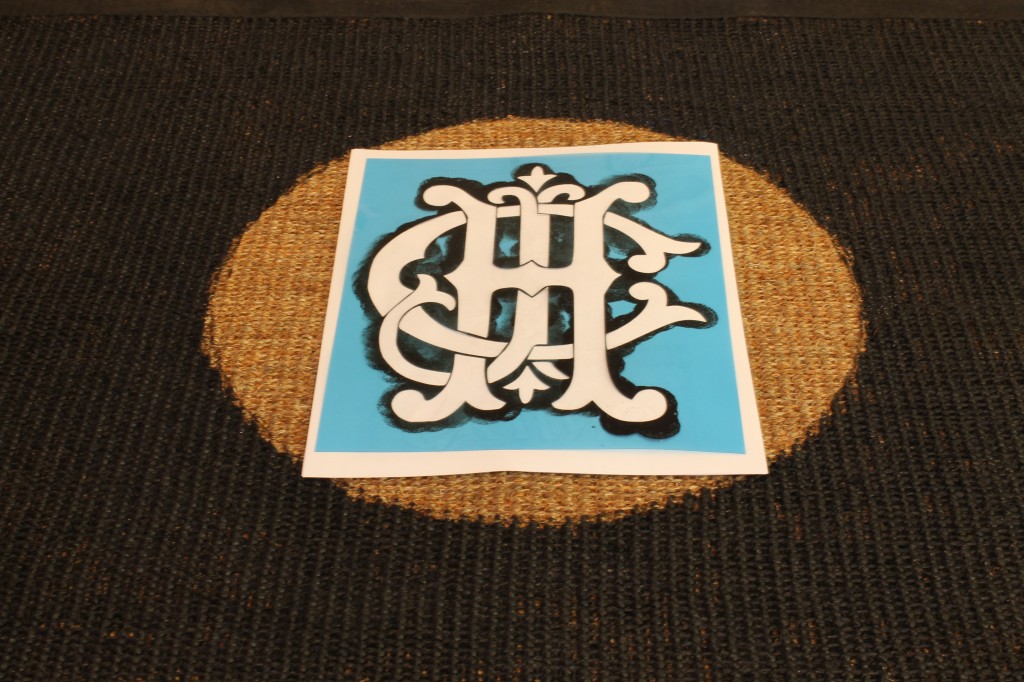 This is where I continued the experiment, and I wasn’t sure if things were going to work.  I spent some time with my Silhouette Cameo and made a stencil of our monogram that was designed by an artist and given to us by my parents as an engagement gift.  I was thrilled when it came out perfectly, and I placed it in the circle to see how it would look.  I was happy and decided to start stenciling.  This was the hard part because there were such fine lines on the monogram.  It was a tedious job. 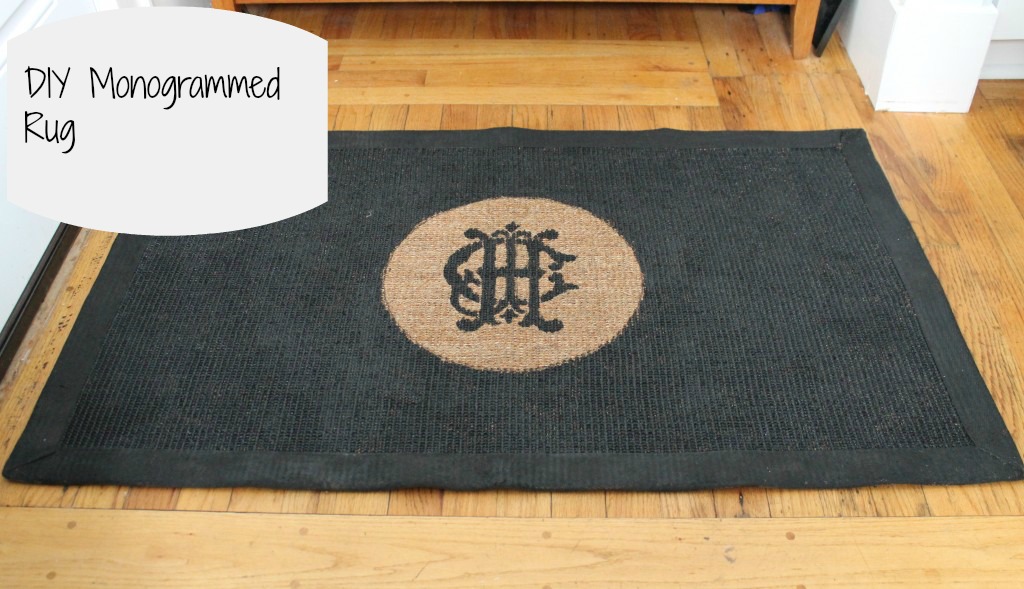 I wasn’t sure how it was going to turn out, but it worked! 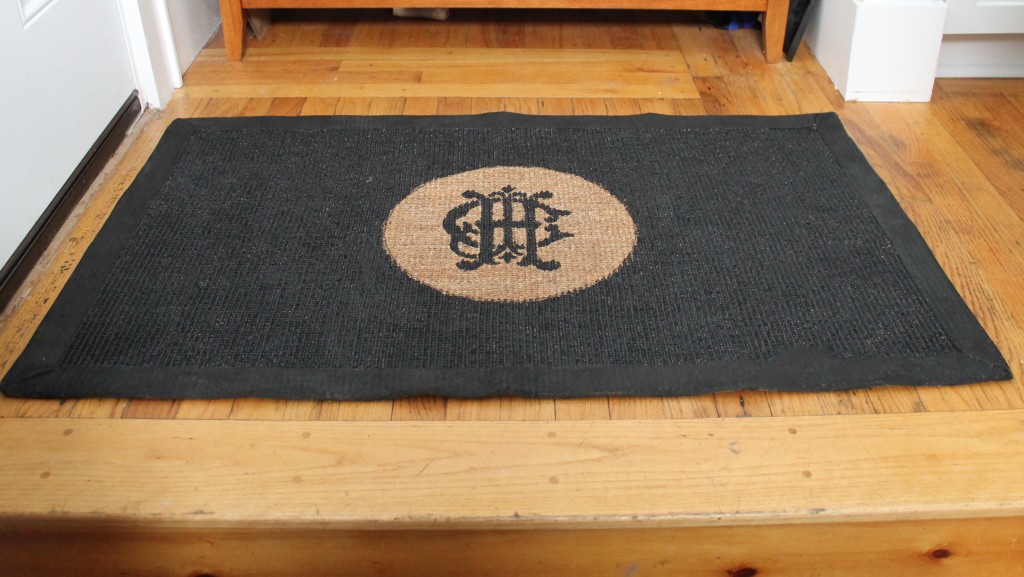 This rug painting was a success.  Plus, it will help hide the dirt.  Gracie is a fan of the new rug, too, but she was too tired to model for the after shot.