A company called Beanilla sent Jordan and me some vanilla beans and little bottles so we can try our hands at making our own vanilla extract. 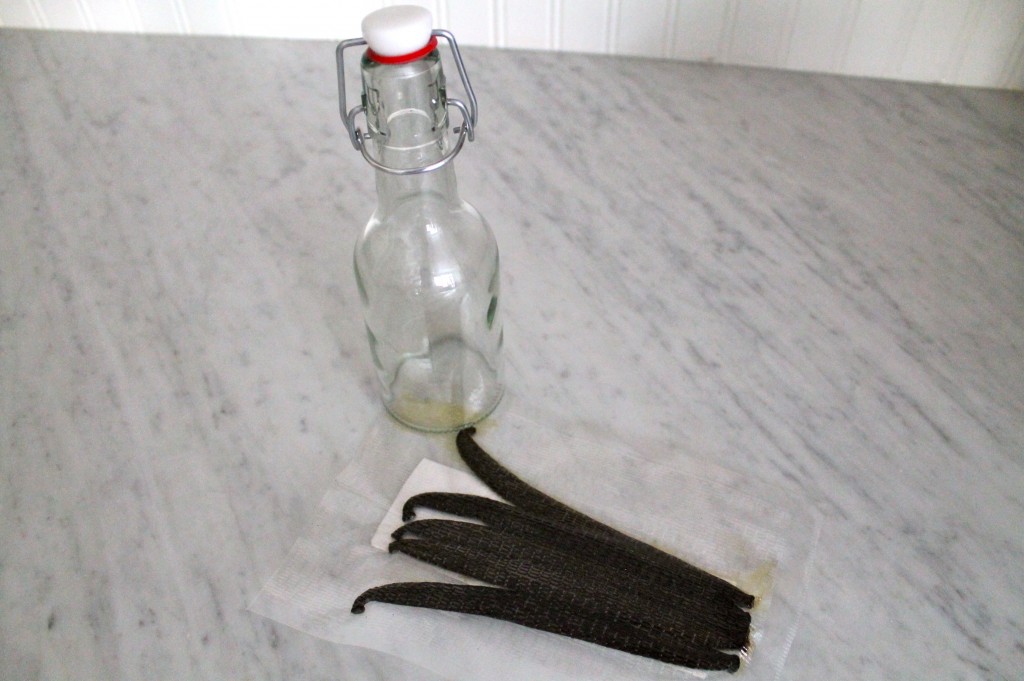 They sent two kinds of beans, Ugandan and Tahitian.  I kept the Ugandan beans which were much smaller and mailed the other packet along with one of the bottles to Jordan so she can make her own concoction.  Making vanilla extract is not a fast process.  Although assembling everything is quick, I must now wait three to six months so that the beans and vodka (yes, you read that right) can get to know each other and then marry. 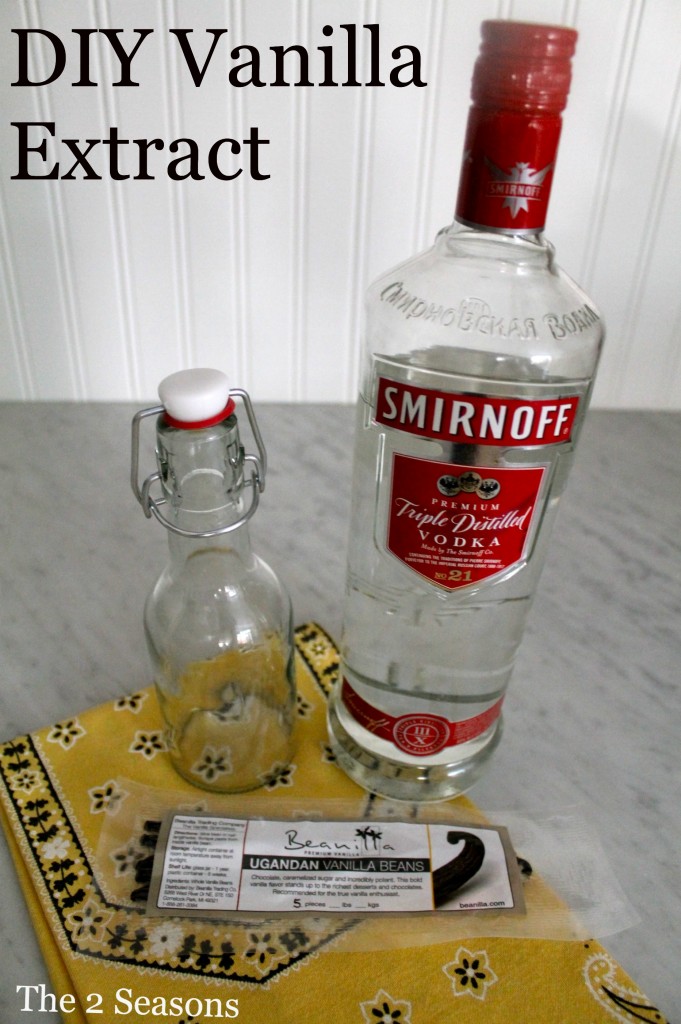 I did some on-line research about making vanilla extract and was surprised to see all of the information out there.  Some people take this very seriously.  They even age it in oak.  I learned that there are only two ingredients in the extract – vanilla beans and vodka.  The kind and quality of vodka isn’t as important as you would think. Since we already had some in our bar, I just used it. 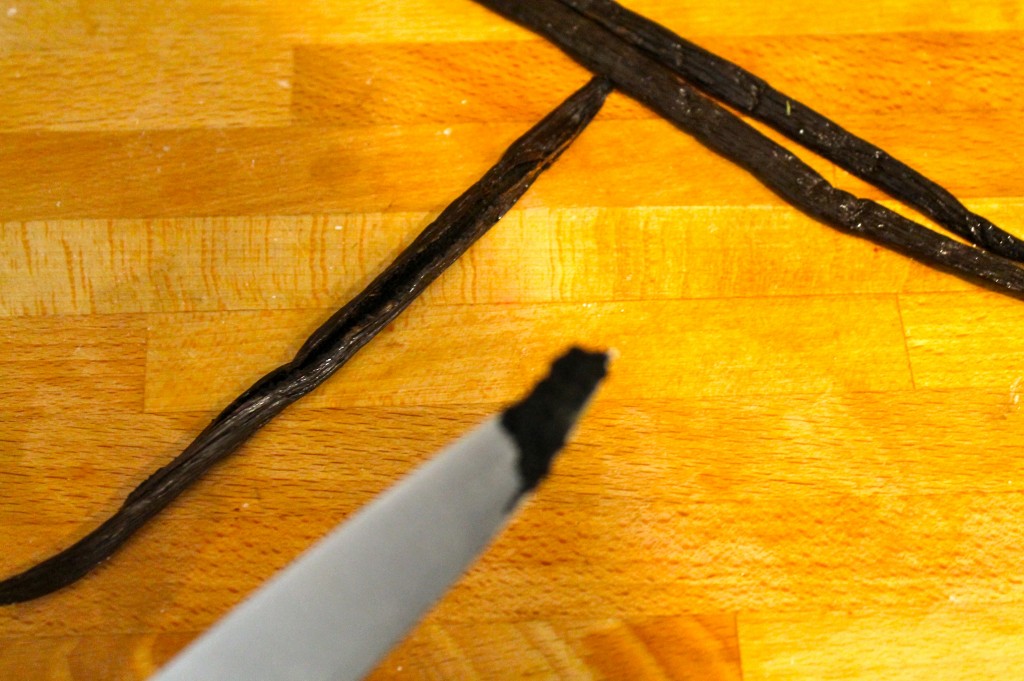 The ratios of beans to vodka vary depending on how many beans you have.  I used three beans and 12 ounces of vodka.  The first thing I did was sterilize the bottle.  Then I sliced open a pod and scraped out what was inside.  Then I put both the pod and the innards, also called caviar, into the bottle.  I did this for each pod. 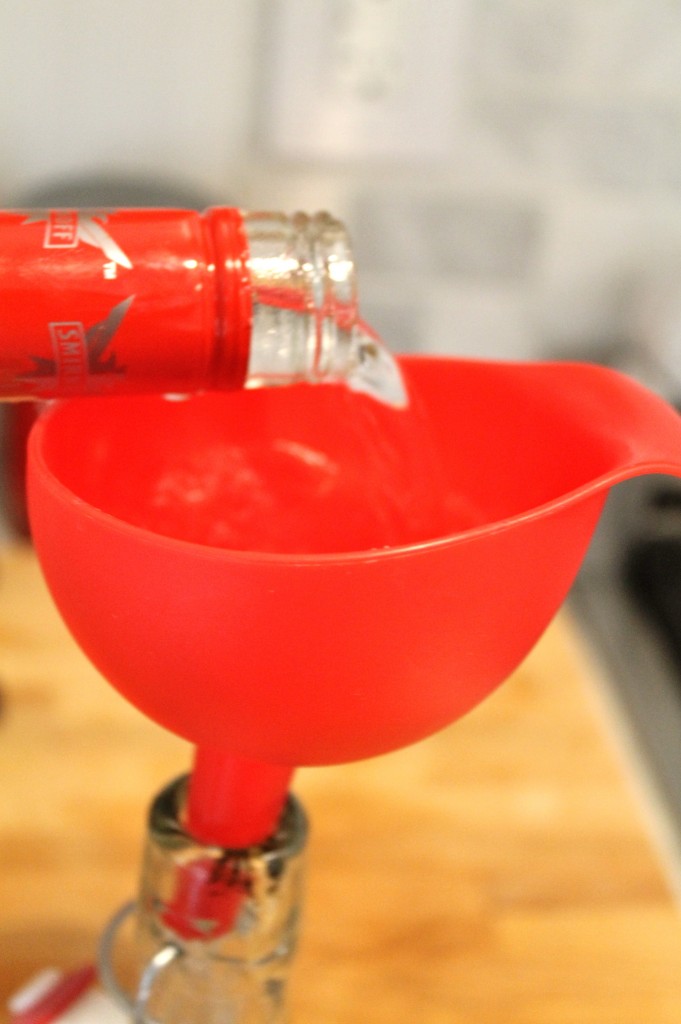 Then I added the vodka. 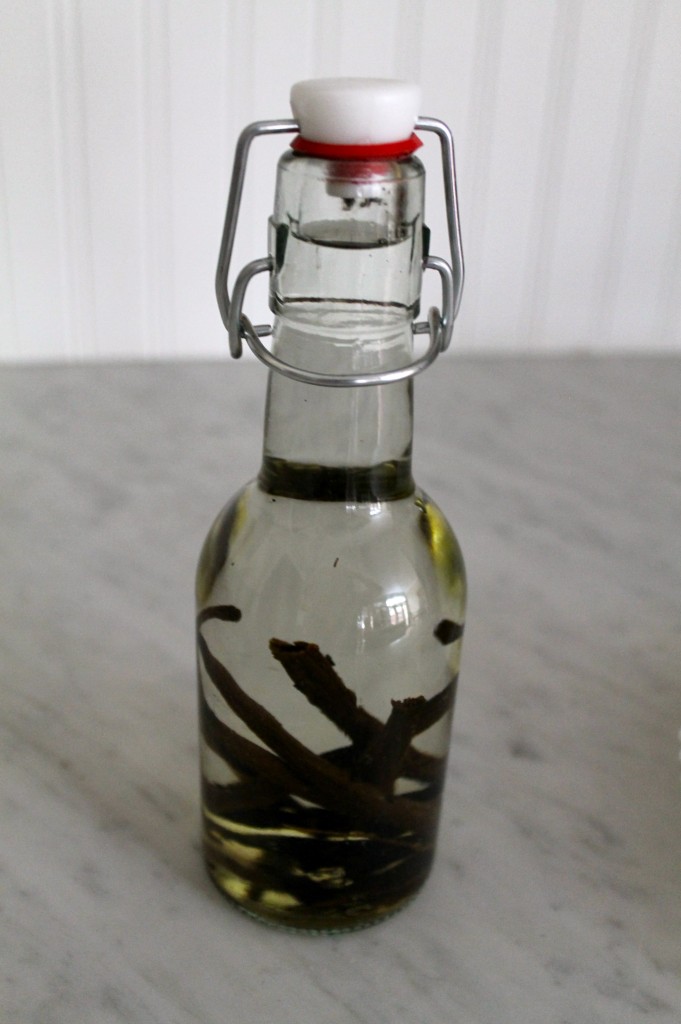 Then I sealed the bottle so that the mixture will not evaporate.  It will go into a dark cabinet away from the light.  For the first week I will shake it everyday.  After that, I will only shake it once a week. 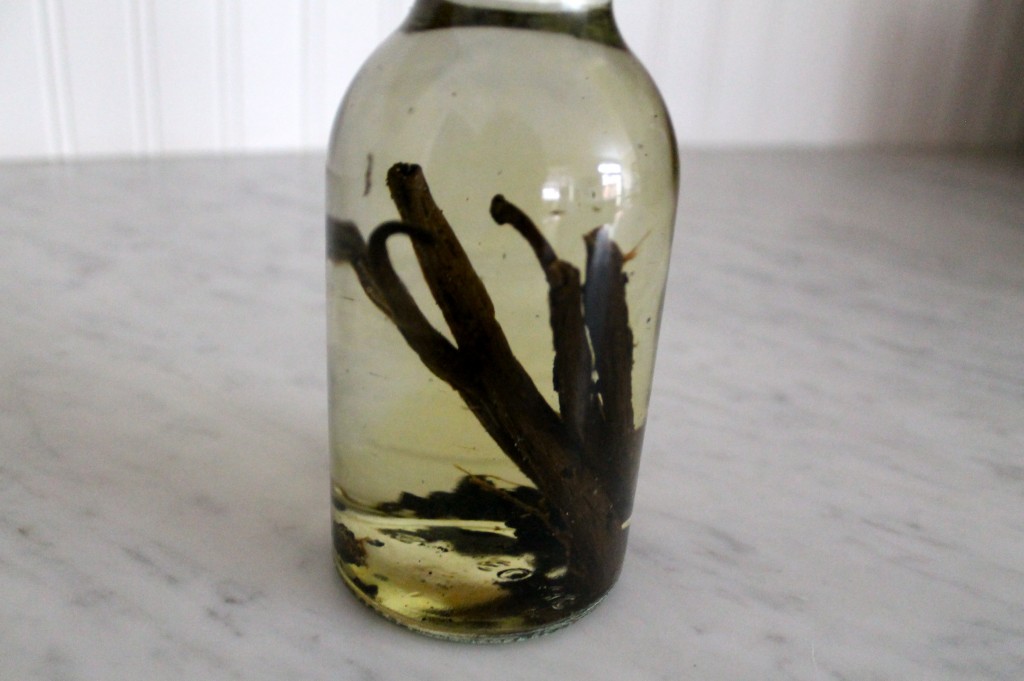 Although it can be used sooner, getting the best flavor will take six months.  That means it will for sure be ready for my Christmas baking.  The beans will flavor the vodka for up to a year so as I remove extract for baking, I can add more vodka. 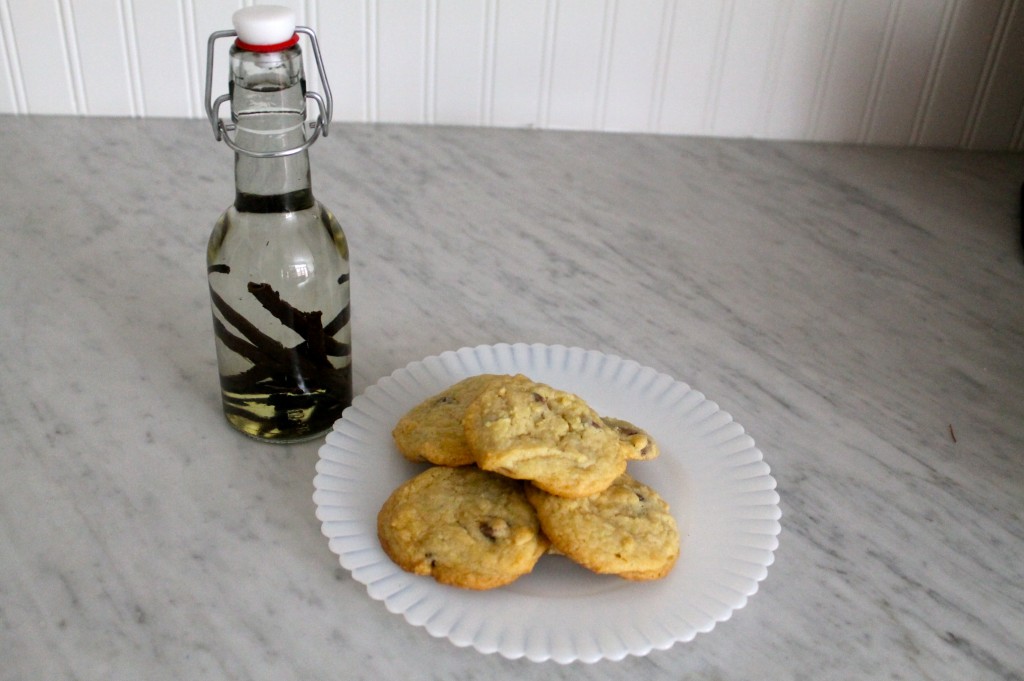 I am so excited about all of this.  I have decided that I will not bake my favorite chocolate chip cookies again until I can use my own homemade vanilla extract.  Hmmmmmm, that should be sometime in November.  I’ll give you a progress report midway through.

Although Beanilla provided the beans and bottle, we were not paid to write this blog entry, and the opinions are ours.

Make Your Own Lemon Extract

The DIY Vanilla is Ready