Welcome to day one of The Derby Week Event.  This week The 2 Seasons, along with our fellow Kentucky bloggers, Our Fifth House, Thistlewood Farms, and At the Picket Fence are joining up to write a daily Derby or horse related post.  We are all so proud of our state, and it doesn’t get much better than living here during Derby Week.  So, please join us each day to share in some of the excitement with us.

We’re kicking the event off here with a little background on the world of thoroughbred horses and some history of the Derby.

The Kentucky Derby is held every year on the first Saturday in May at Churchill Downs in Louisville, KY.

Here in Lexington, we have Keeneland, which was just voted the most beautiful race track in the country.  We don’t mind giving Churchill Downs, which is 70 miles away, its day in the spotlight once a year. 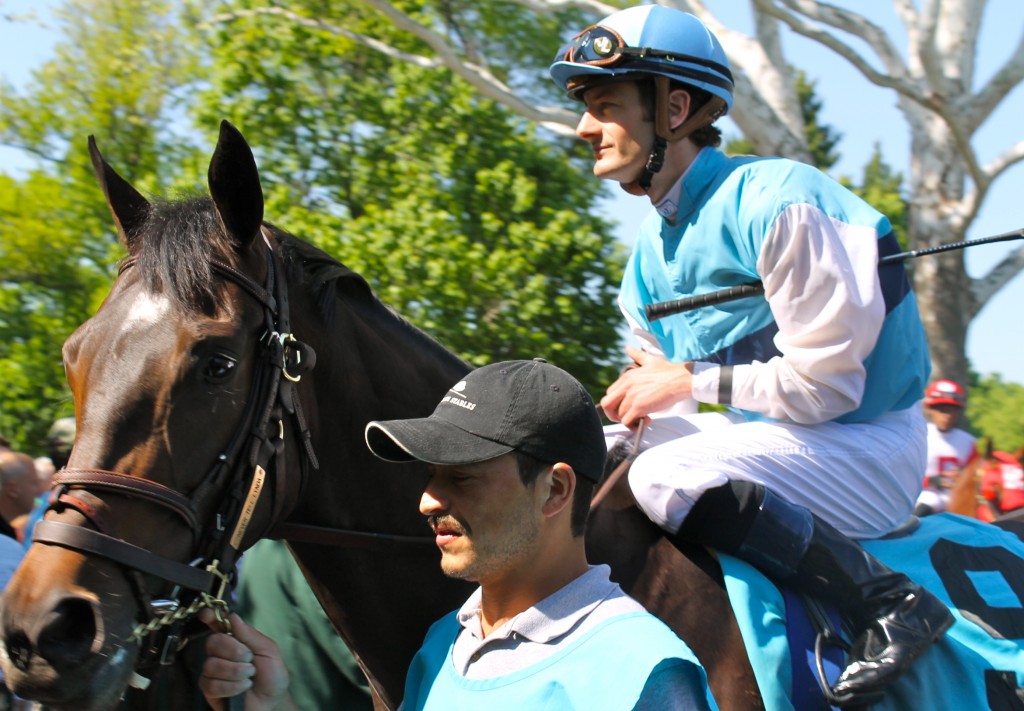 Before a horse can get to this point, it has been through many hours of training and receiving the best care that any animal can stand.  Each year over 30,000 thoroughbred foals are born, but only one-third of them will ever run in a race.  To make it to the Derby, a horse must have the build, the stamina, the personality, and the desire.  Just because a horse has the best winning ancestors that money can buy doesn’t insure it will be a racer.  It must love to run. 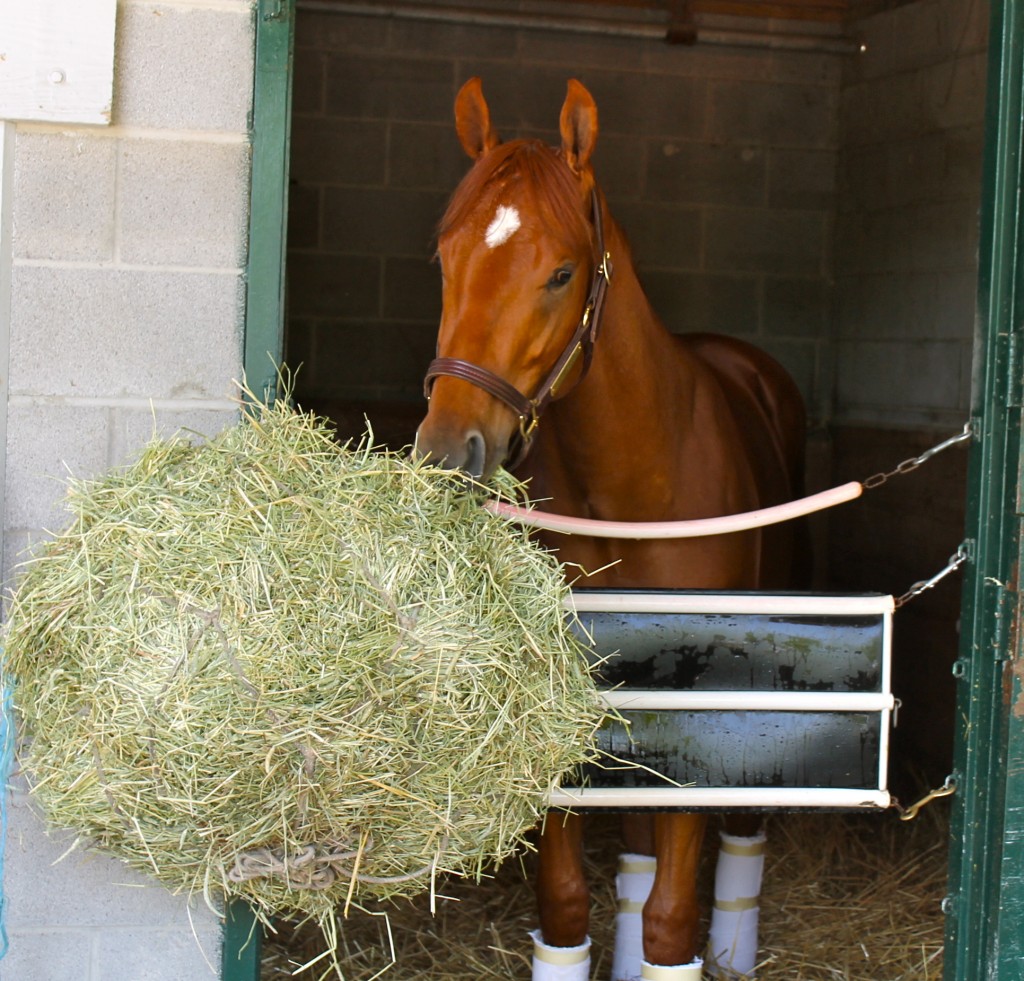 Lots of people don’t realize that no matter when a horse is born during the year, they all officially turn one on January 1 of the following year.  So, if a horse is born early in the year, it will have more time to mature.  The Kentucky Derby is made up of three-year-olds.  On paper, they are all the same age, but one might actually be six to eight months older than the others.  That horse should have the advantage.  That’s why every breeder’s goal is to have his foals born early each year.  They actually call it foaling season. 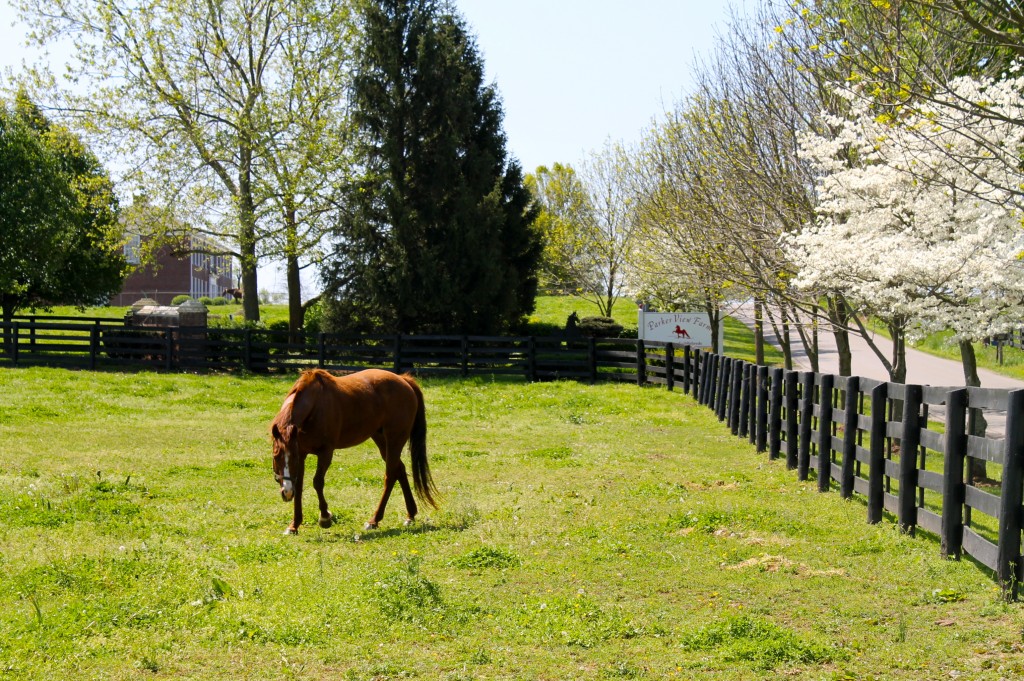 There’s a reason why Lexington is the Thoroughbred Capital of the World.  It’s also the reason why 90 per cent of the world’s bourbon is made within a 50 mile radius of here.  It’s limestone.  Under our beautiful blue grass, there is a layer of limestone that leaches calcium into the water.  That calcium makes the horses’ bones stronger, and it makes the bourbon taste the way it does. 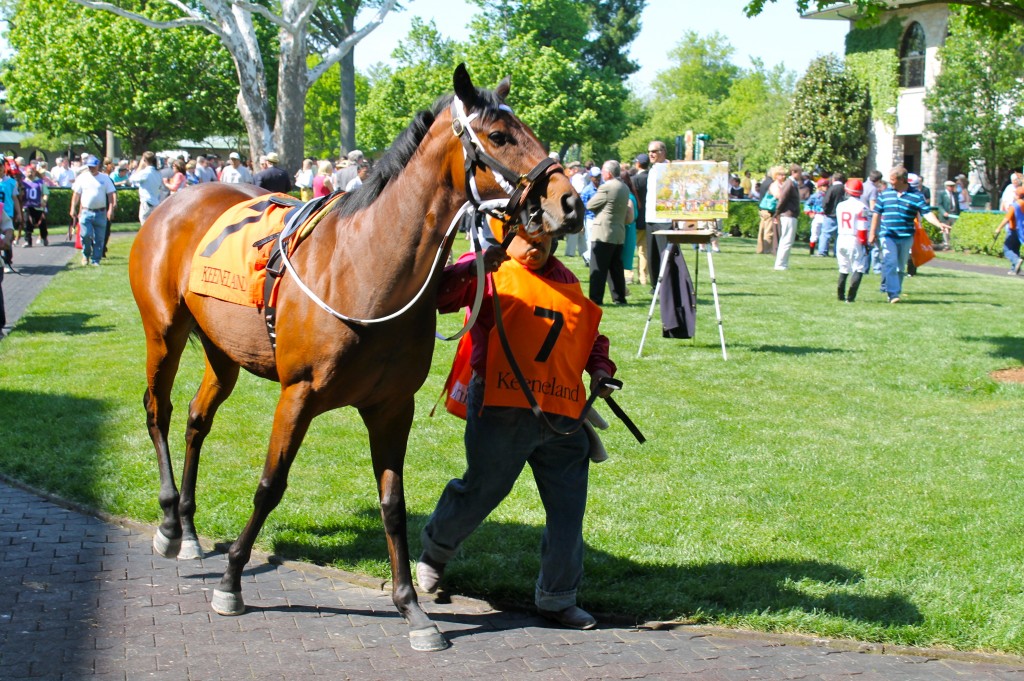 Horses are walked in a paddock before each race.  This gives the owners, trainers, jockeys, and bettors one last look before the horses are saddled up.  This year will be the 138th running of the Kentucky Derby.  The race is one and a quarter miles long, and it has only been won by three females (fillies).  However, it is the only event where female viewers outrank male viewers. 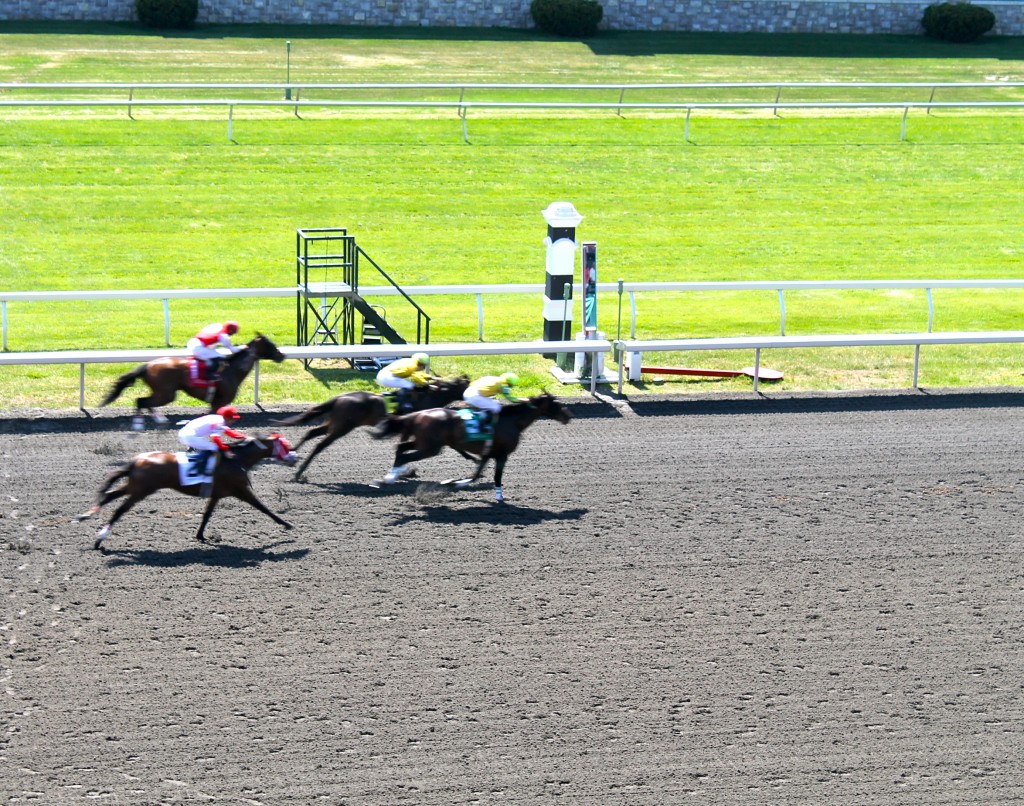 In the past 25 years, the predicted favorite has only won three times.  The Derby is the first of three races, known as The Triple Crown.  (The other two are the Preakness and the Belmont).  And to show how difficult the winning the Triple Crown is, only 11 horses have ever won it.  The last horse to win the Triple Crown was Affirmed in 1978.  Even though it is the second oldest continually held sporting even in the country (the Westminster dog show is first), there have only been five female jockeys to ride in the Derby.

The rose garland first appeared in 1896, when the rose became the official flower.  It was dubbed the “Run for the Roses” by a sportscaster in 1925.  Kroger makes the rose garland at one of its Louisville stores every year so that the public can watch.  The garland is made of of 400 red roses sewn in a green satin backing.  It is adorned with a “crown” which symbolizes the struggle and heart necessary to reach the winners’ circle. 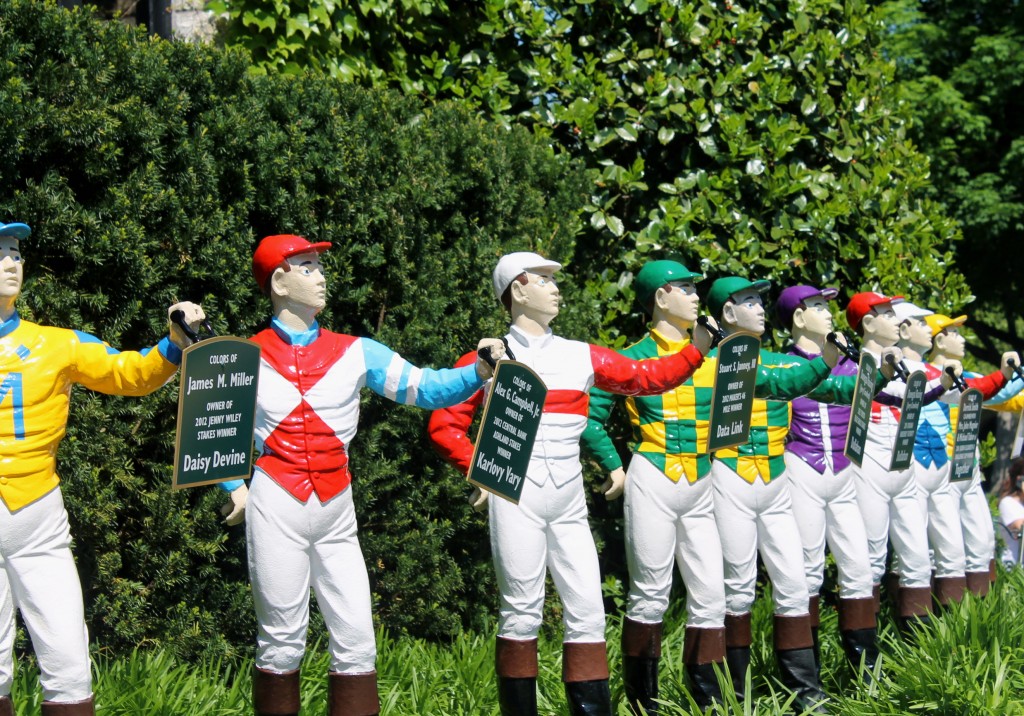 Every farm involved in the racing industry has its own silks.  The jockeys wear white pants and turtlenecks but change their silks for each race, depending on the farm they are riding for.  It’s just the same as a sports team having its own colors and uniforms.  The farms are often known by their silks.  My favorite silks are always the ones with polka dots, and it doesn’t matter which color they are. 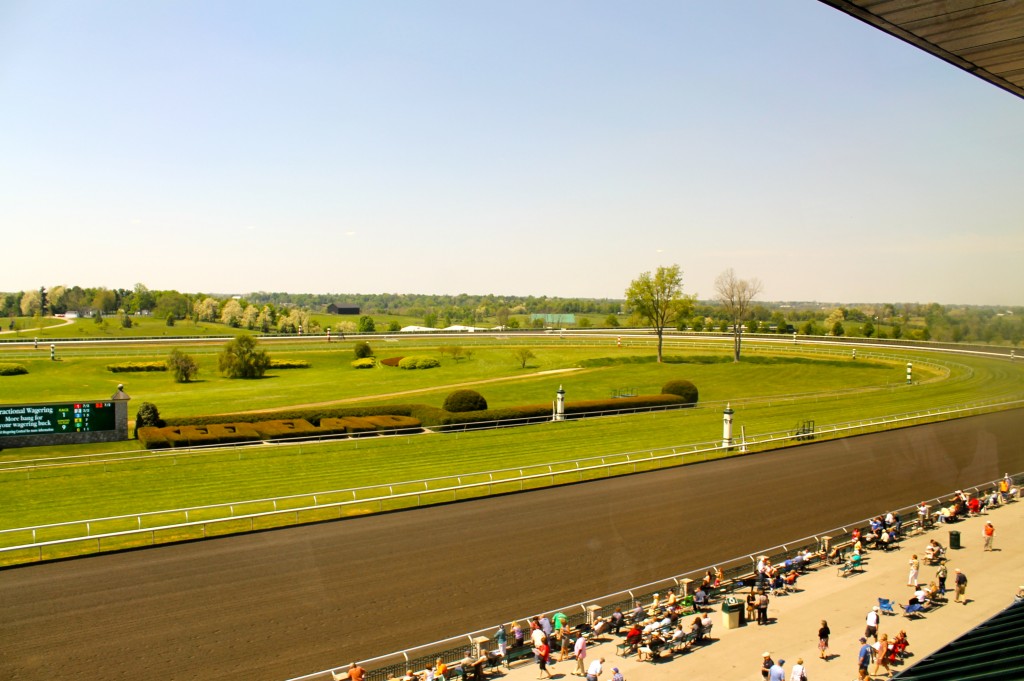 The money that is awarded to the race winners is known as the purse.  In the early days of horse racing, someone literally put the winnings in a purse and hung it on a post at the finish line.  The first jockey to grab the purse was on the winning horse.  Jockeys work pretty much on a free-lance basis.  Their earnings are a percentage of the purse that their mounts win.  In other words, a jockey’s wages are based on his wins.  The more wins a jockey has help him to get more and better races. 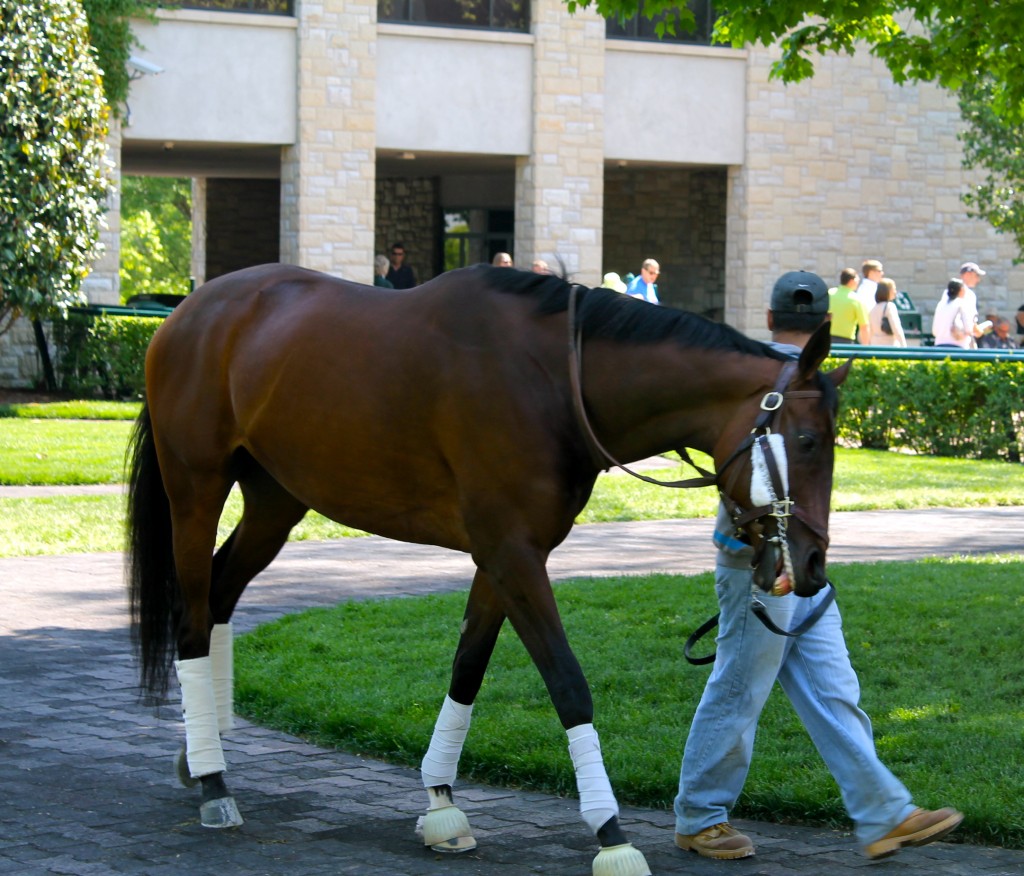 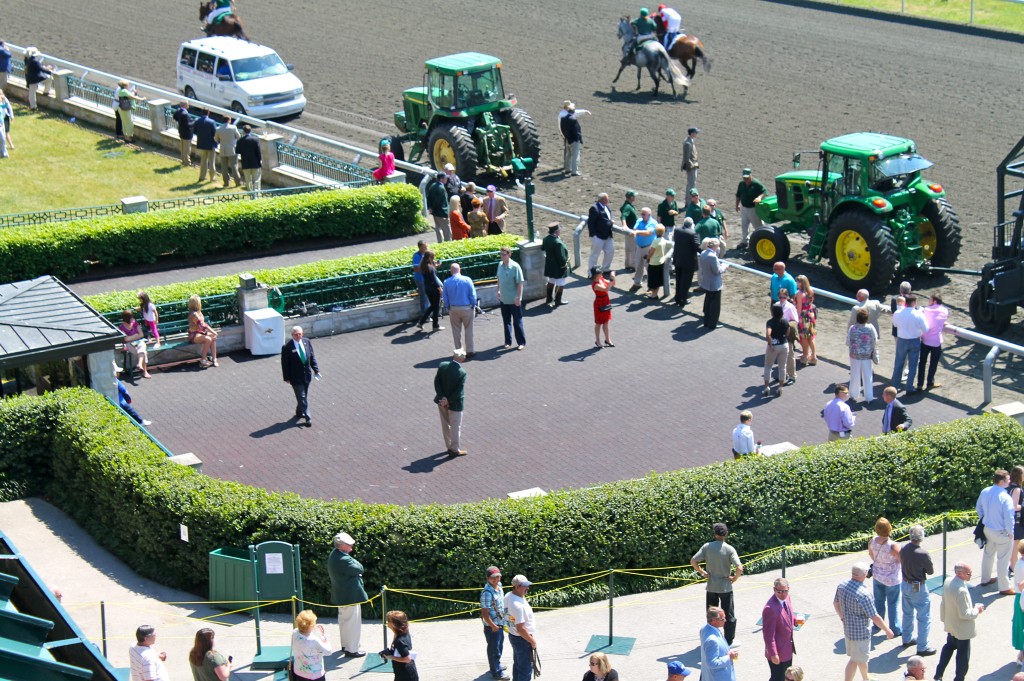 One more fact that I think is interesting is that when most great horses die, the hooves, heart, and head are the only things buried in their graves.  Those parts are considered the real soul of the horse.

Do you like equine decorating?  Tomorrow Carmel at Our Fifth House will be showing how the horse motif can be used in home decor.  Be sure to come back.

Where Horses Go When Their Races Are Over