Bonjour, all!  Last year when I took a solo trip to Paris for eight days, I was lucky enough to take a French cooking class……..In desserts………I know.  It was just the way it should have been – fun and yummy.  In the too short three hour class, we made five desserts, and one of them was creme brulee. 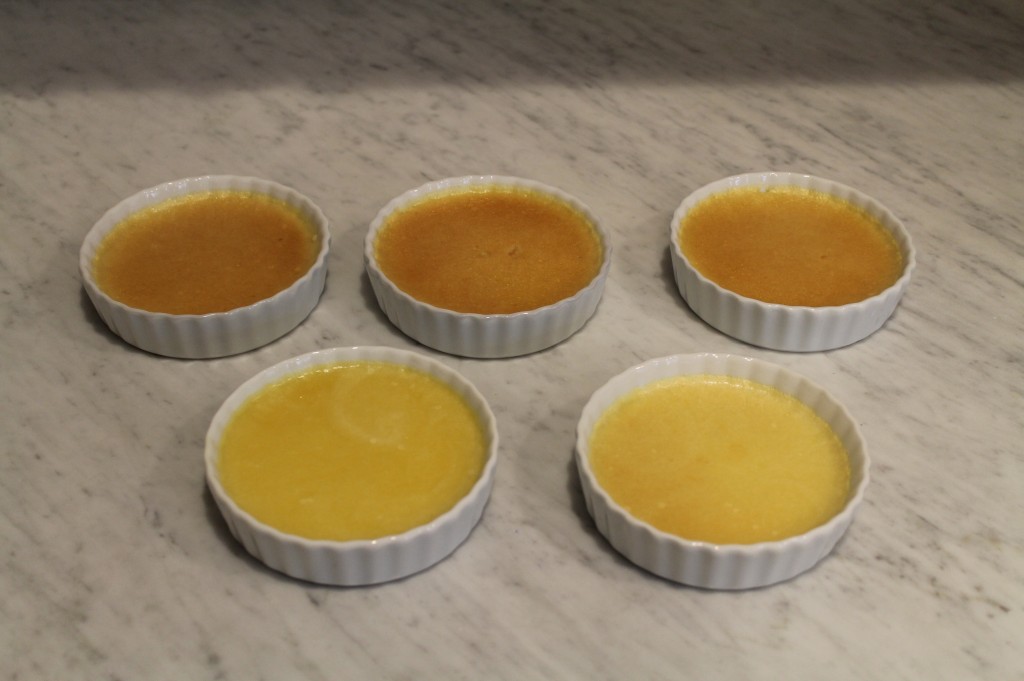 Mr. Autumn was joining me at the end of my stay so that we could ride our bicycles to Brugges, Belgium, so I knew all of those delicious calories would not be wasted.  Every single one of them was worth it.  I am presenting the recipe to you exactly the way the instructor interpreted it from French to English. 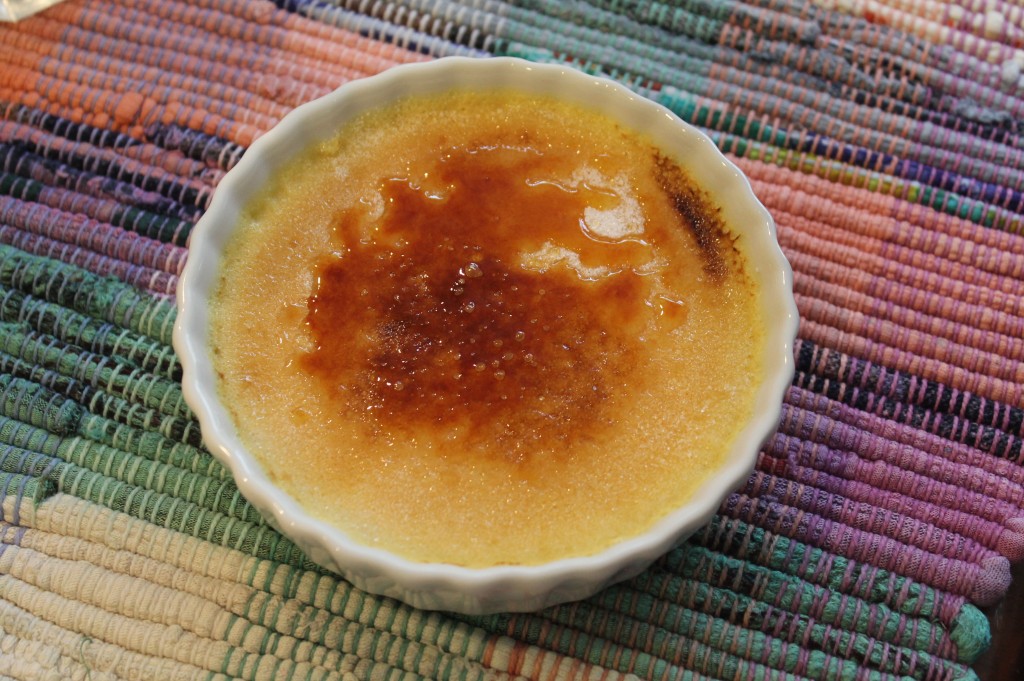 6 ramekins and a large tray or baking dish

Preheat your oven to 300. Add the cream to a pan, squeeze or scrape out the vanilla grains and bring to a boil. Remove the vanilla pod from the pan. Beat the egg yolks with the sugar. Pour slowly the boiling cream over the egg and sugar mixture while stirring constantly. Do not overbeat as you want to avoid creating to many bubbles. Divide the mixture equally into the six ramekins and place in a deep tray or baking dish. Put the tray in the oven and fill it ” full with water (this is called a bain-marie or water bath). Bake for 30-40 minutes or until the dessert is set around the edges but still loose in the middle. Remove from oven and leave in the water bath until cooled to room temperature. Remove ramekins from water bath, cover with plastic wrap, and refrigerate at least 4 hours or up to 4 days.

When ready to serve, uncover ramekins. If condensation has collected on the custards, place paper towel on surface to soak up moisture. Sprinkle approximately 1 tablespoon of sugar over each creme brulee.

For best results, use a hand-held torch. Hold the torch 4 to 5 inches from the sugar, maintaining a slow and even motion. Stop torching just before the desired degree of doneness is reached, as the sugar will continue to cook for a few seconds after flame has been removed.

If you don’t have a torch, place creme brulees 6 inches below the broiler for 4 to 6 minutes or until sugar bubbles and turns golden brown. Make sure to keep the oven door open as the custard should not become hot.

Take care and have a wonderful week-end.  We have a special announcement planned for Monday.