Last week I had the opportunity to attend a luncheon and hear Carleton Varney give an interesting talk about his life and his years working with the flamboyant decorator, Dorothy Draper.  Now, stay with me here. 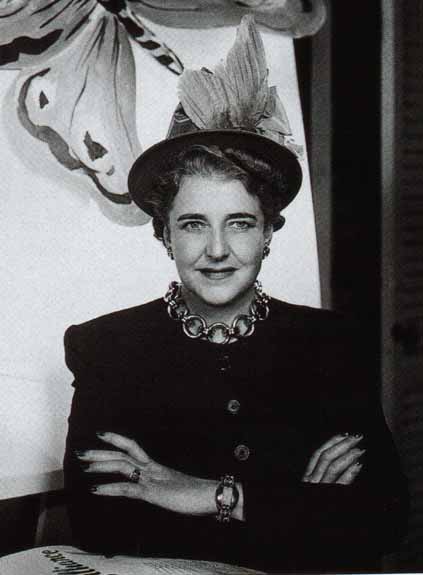 I am going to tie this gracefully into St. Patrick’s Day by mentioning that Dorothy Draper decorated Dromoland Castle in Ireland.  I can almost play six degrees of separation because my husband owned a big insurance agency back in the 80’s, and his company insured Dromoland Castle, which is located near Shannon.  And, while I was pregnant with Jordan (Spring), I visited the resort to do “an inspection.”  That got me a private tour of everything – including the kitchen.  (There – that’s my Irish connection for today!) 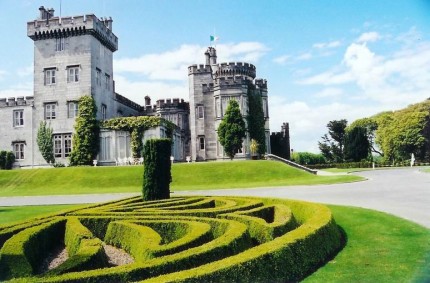 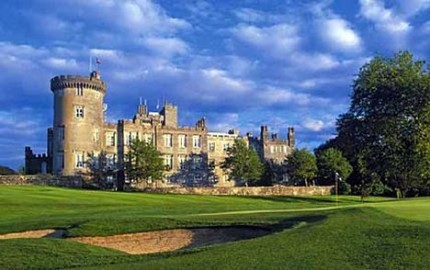 Back then I wasn’t too savvy about decorators and remember remarking when I walked in the huge front door, “Wow, this place really resembles the Greenbrier.”  Duh………. 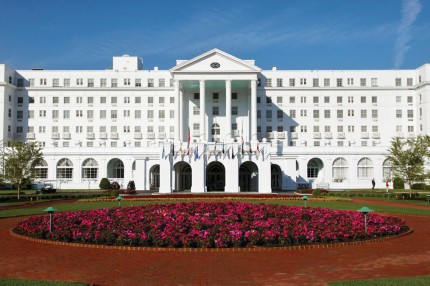 The Greenbrier is a grand resort located in White Sulphur Springs, West Virginia.  It became famous when the well-to-do families went there to “take the waters” which had medicinal qualities.  It was owned by the C & O railroad which transported people there by train.  Mrs. Draper was hired to completely redecorate the resort after World War II.  (It had a once-secret underground bunker that was to be used by the U.S. Congress in case of a national emergency.  However, the secret was discovered and disclosed by the New York Times a few years ago. The bunker is now open for tours.)  Mrs. Draper, who was definitely not a wall flower, used bold black and white checkerboard marble on the floors, brightly painted walls, and colorful chintz patterns splashed with electric colors like hot pink, kelly green, lemon yellow, and even black on the furniture and drapes.  She used the most intense hue of each color – nothing shy and demure.  She used the same “in your face” approach to decorate Dromoland that she used at the Greenbrier. 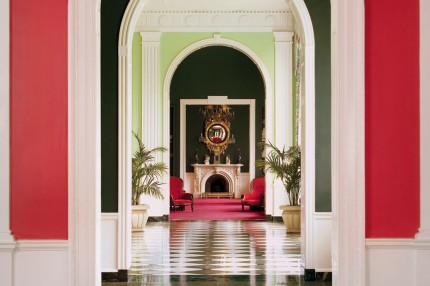 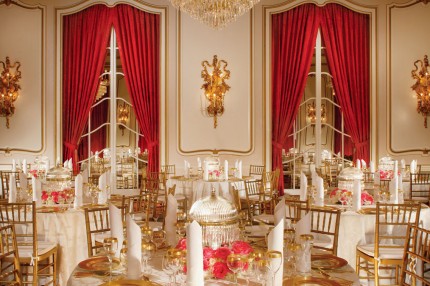 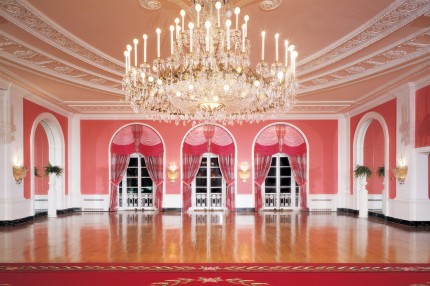 The famous pink ballroom at the Greenbrier (Source) 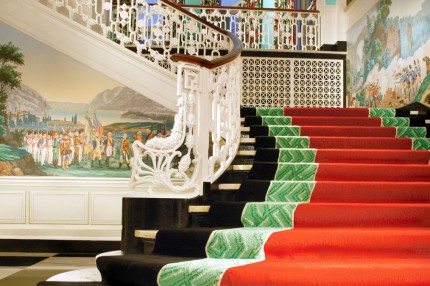 Mr. Varney bought the Dorothy Draper design firm in the 90’s and is still its president.  He continues to be influenced by her style and her daring approach to decorating, her creativity, and her love of color.  She has been described as “the Coco Chanel of decorating.”  Mr. Varney said she was as famous back in her day as Martha Stewart is today. 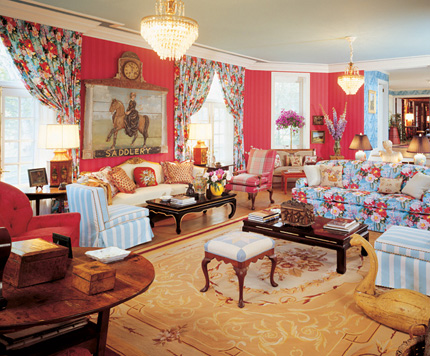 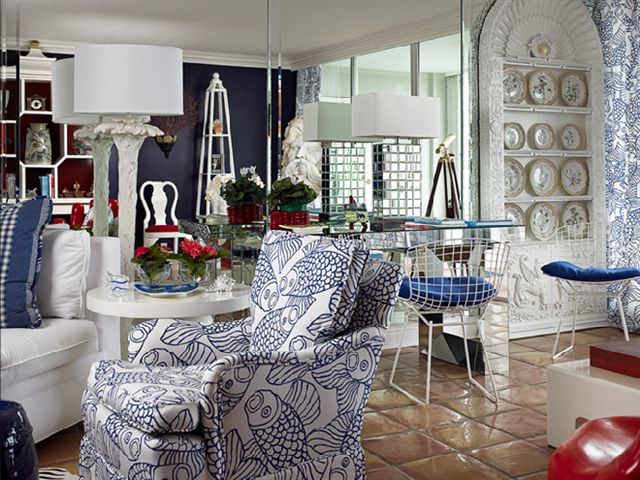 A contemporary setting with the Draper/Varney touch (Source)

Several books have been written about Dorothy Draper, including one penned by Mr. Varney.  The book describes how she didn’t hesitate to change the appearance of a piece of furniture by painting it or even cutting down its legs.  She also designed faux furniture to be used as props.  These pieces looked like furniture but certainly could not be used.  They were simply for looks.  Just think how similar a blog of hers would be to the ones we read  today.  She could have been a regular participant in some of the blog parties showing what a piece had been and what she made it into. 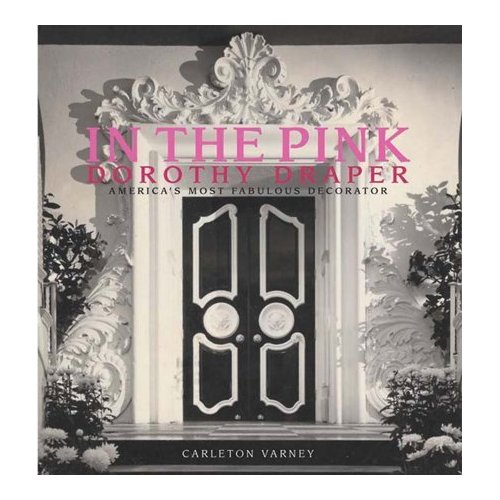 It is always interesting to learn why decorators make the selections they do, what their decorating philosophies are, and why some have staying power while others don’t.  Thank goodness there were/are decorators like Dorothy Draper and Carleton Varney who continue to influence our styles and tastes today.

Our Visit to Boldt Castle

Wallpaper Adds Color to a Hutch

Fabrics for the Guest Room